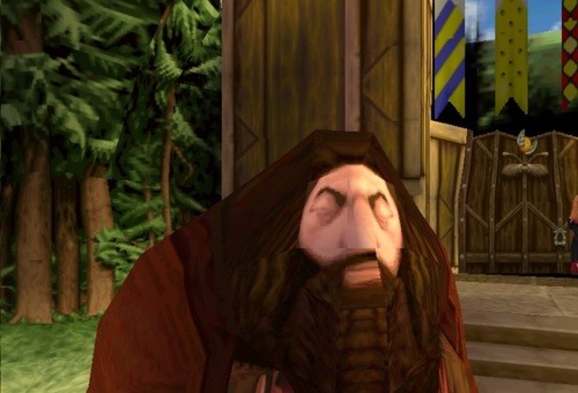 You're a wizard, Harry. Now please use a curse to put me out of my misery!

Warner Bros. has one of the deepest stables of popular brands in the world, and it now has big plans for one of them. Today, the publisher revealed Portkey Games, a new WB Interactive publishing label for making Harry Potter games.

WB has had the license to author J.K. Rowling’s Harry Potter series since 1998, and it has used that to make films, games, and more. But now that the core book and film series have run their course many years ago now, WB is in a position where it has to figure out how to generate revenue from this popular brand without a major core film or book release to rely on. The company is trying to retain the magic (sorry) with a new Fantastic Beasts series starring Eddie Redmayne, but it is the lowest-grossing Harry Potter-related film so far.

But WB has navigated a similar situation before with The Lord of the Rings series, which found success with the Middle-earth: Shadow of Mordor games despite dipping box-office numbers for the spinoff The Hobbit films. But for Harry Potter, WB is going bigger than just a new game. It wants to have multiple projects for mobile and consoles all in the works at the same time, and it establishing Portkey to supervise those ambitions.

“With Portkey Games, we are thrilled to answer the fans’ requests for more games inspired by J.K. Rowling’s Wizarding World,” WBIE president David Haddad said in a statement. “We are working with talented creators to build games that focus on player-generated stories, which will live alongside the magical universe created by J.K. Rowling.”

I’ve also reached out to WB to ask how the new location-based smartphone Harry Potter game from Pokémon Go developer Niantic will fit into the Portkey structure. I’ll update this post with any new information.

Portkey didn’t announce details of any projects in the works, but the promise to build console games suggests that players should expect more than just simple puzzle or strategy games that end up on mobile. WB also said that it will use these games to bring back “familiar characters at different points in their lives” as well as new characters and locations.

This strategy is not too different from how Microsoft runs its Halo and Gears of War franchises with 343 Industries and The Coalitions teams, respectively. It also echoes how Disney runs Star Wars under Kathleen Kennedy’s Lucasfilm division. While Harry Potter is not nearly as culturally ubiquitous as it was at the height of its popularity, WB could easily revive interest with the right games. And Portkey could ensure that happens.