Spain’s Digital Legends and South Korea’s Gamevil teamed up to release the realistic mobile shooter Afterpulse in 2015. The game got more than 10 million downloads and won various awards.

The previous game was shut down by Gamevil in October. But now developer Digital Legends has taken over and is re-publishing the game with updated visuals. Afterpulse is relaunching on iOS today fully optimized for the iPhone X and iOS 11. It runs at 60 frames per second and takes advantage of Apple’s Metal applications programming interface (API) for better graphics.

“The exclusive 60 frames per seconds feature really adds a new dimension to the game.” said Xavier Carrillo-Costa, the CEO of Digital Legends, in a statement. “We consider this an opportunity to not only relaunch the game but also listen to the players and enrich their experience. With Digital Legends Entertainment having full editorial and operational control over Afterpulse, it will allow us to be closer to the players and the community, to be more reactive and make faster decisions, to be focused and implement our vision driven by an ambitious roadmap.” 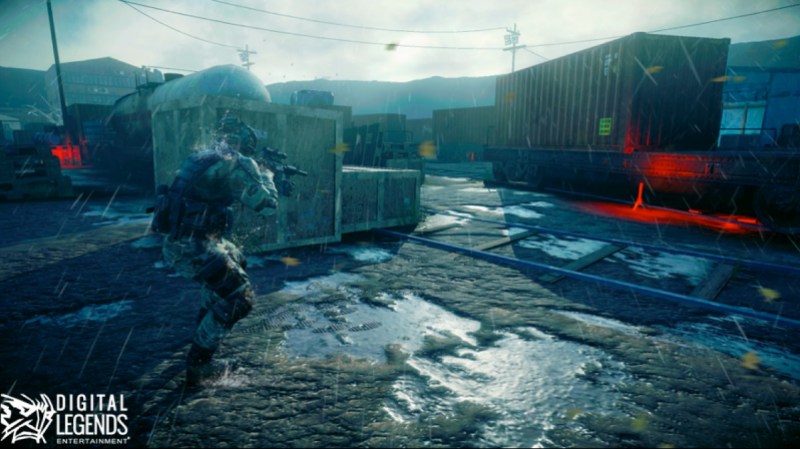 Above: Afterpulse has HDR lighting.

The redesigned game has new rewards, welcome packs, and exclusive items for returning players. It has better multiplayer gameplay and better matchmaking. The new Afterpulse also has more than 200 weapons that can be customized and evolved into more than 1,200 variations, as well as 400 gear items and more than 100 characters. It is powered by the Digital Legends’ Karisma Engine for realistic third-person shooter perspectives.

The features include HDR post-processing, real-time high-quality shadows, realistic skeletal animations, and rag-doll physics. In other words, it looks pretty realistic. The game will debut on Google Play later in November.

Carrillo-Costa said in an email that his company was not allowed to take over the accounts of previous players. Digital Legends asked players to provide some documentation of their rankings and inventory so they can be restored.

“We have a very ambitious roadmap and this is only the very beginning,” Carrillo-Costa said.