“We didn’t want to go through that emotional distress again.”

In 2011, Alex Nichiporchik was working with Flash games, when he stumbled across No Time To Explain. It was a simple, five-minute joke game, as Nichiporchik describes it, designed by a UK developer, Tom Brian, over the course of a weekend.

“I noticed that it was trending all over the place,” Nichiporchik recalls. “And it was around the time of Indie Game: The Movie, and the idea of making indie games seemed more feasible. You could get something indie onto a major platform.”

So Nichiporchik approached Brian, suggesting that they join forces to turn this joke game into a commercial title that could be published on Steam. tinyBuild was born. The only problem? There was no money to develop it. Brian had left college and was just making a living off Flash games. That was his only income. The solution the duo came up with was a new crowdfunding platform: Kickstarter.

“The platform had just launched and there was no real video game section. So we went there, we set a goal of $7,000, and we ended up raising $26,000, which was a record at the time. It was mainly because of Notch. He retweeted the Kickstarter tweet and backed us — he was the biggest backer. And from there things spiraled out of control. The game was going viral, every trailer was getting lots of hits, and we were trying to get onto Steam.”

They did not get onto Steam.

Before early access and Greenlight, it was almost impossible for indie developers working out of their bedrooms to get onto Valve’s draconian platform. The other option was finding a publisher that could help them. A Russian publisher, Buka, offered the pair more money, with which they could hire an actual developer, since tinyBuild only had experience with Flash, and also promised to get the game onto Steam. 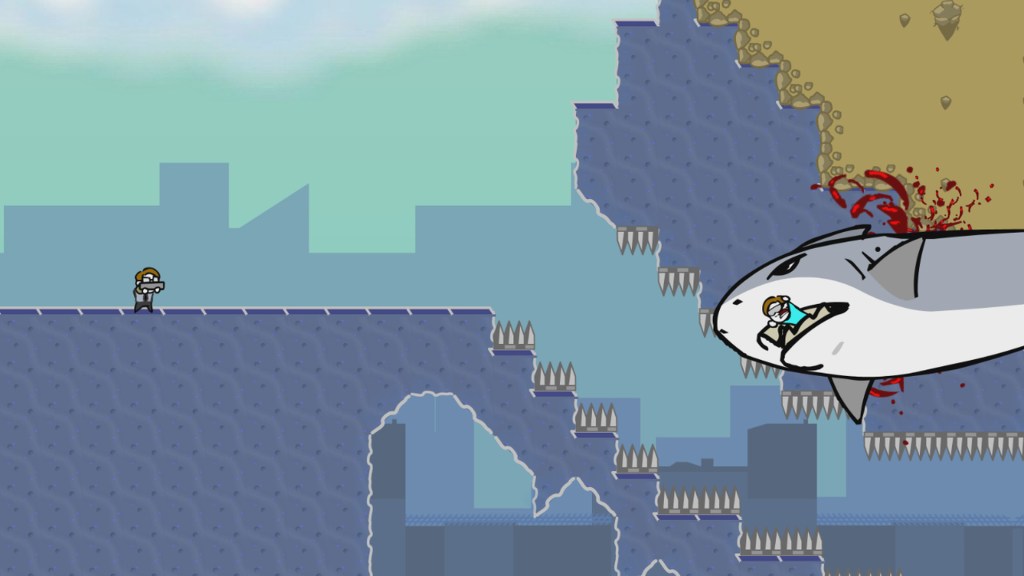 “They never paid us. They just kind of ignored us for five years. Just this year they paid us their debt.”

Without Steam and a publisher’s assistance, tinyBuild ended up releasing only the first half of the game in the time that was promised. It was a commercial and critical flop, Nichiporchik admits. Very few sales were made by selling it on their website. It was enough to finish the second part of the game, however, and then they were done with indie development.

That wasn’t the end of No Time To Explain, though. Steam announced Greenlight. Finally, tinyBuild were able to launch their game on Steam, in the second batch of Greenlight games. Unfortunately, there were more problems. Windows 8 had just launched, and the developers soon realized that No Time To Explain had a 50 percent fail rate on Windows 8 PCs. Despite this, the game gained traction thanks to YouTubers. It was doing well. But not well enough for tinyBuild to want to ever develop another game.

Nichiporchik was trying to figure out what to do next when he encountered another game. “We stumbled upon a game called SpeedRunner HD at a German game show. I sat down to play this god-awful looking game, and the developer told me that it was just about to launch on Steam and that it had already launched on Xbox Live Indie Games. It kind of resonated with me. I realized that these guys had something really special on their hands, but they weren’t going to reach an audience because of really obvious issues, specifically the lack of visual consistency and flair, like characters and humor.”

It was around the time of SpeedRunners’ launch on Steam early access that tinyBuild started to become known as a publisher. Nichiporchik remembers that it was Kotaku who first called them one.

“OK, sure, we’re a publisher,” he said. Nichiporchik and his colleagues realized that their bad experiences with indie development could be used to help other struggling indies, just like they did with SpeedRunners. 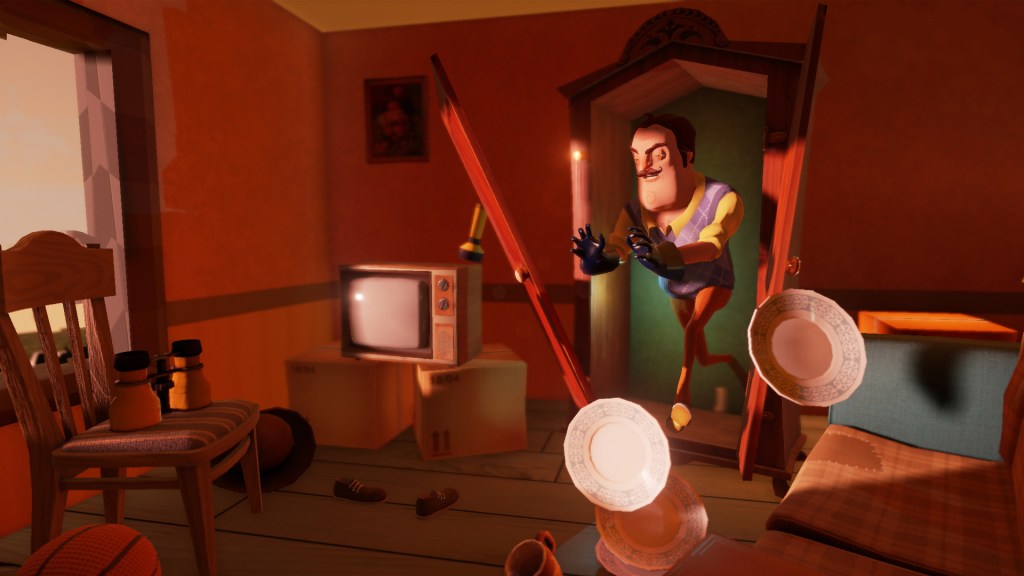 Empathy is a big part of tinyBuild’s philosophy as a publisher. They know how hard development can be, and how new developers can get taken advantage of, or not know what their game is worth, or how much money will be needed to make it a reality. Nichiporchik recalls one negotiation where he found himself in a bizarre situation, negotiating up. There were costs the developers hadn’t considered, so they simply weren’t asking tinyBuild for enough money.

“It’s all about making the developer happy,” he explains. “Even when some games don’t sell that well, my main goal is to make sure that the developer can make game number two. There is a team that we’ve been working with where their first game didn’t do very well, but we love working with the team so much that we just made a situation where they could make game number two.”

For Nichiporchik, it’s all about putting himself in the developer’s shoes, as well as finding ways to make sure they have more games to make. Sometimes that means offering more money than they ask for, and sometimes that means simply responding to emails and requests for help as quickly as possible. Now that tinyBuild gets so many game pitches, and works with a larger number of developers, the publisher is also able to get these teams to help each other.

“We’ve been combining teams. Party Hard and Party Hard 2 are examples of this. The first was developed by Pinokl Games, and they were just under a dozen people. With the second one, we didn’t really know what to do. The first one was a success, so expectations for a sequel were high. We had another developer pitch an idea to us, and when I looked at a gif they sent us, I thought it looked amazing, but then I played it, and it didn’t really play that well. At a conference last year, all of us got together, and I suggested that the team work with the original Party Hard team, with them working on the visuals while the original team worked on the gameplay.”

As the indie space has become more crowded and competitive, tinyBuild has also had to come up with some clever marketing strategies, especially at conventions. Luckily, Nichiporchik has had some experience with this. Back when tinyBuild was working on SpeedRunners, they decided to get a bit creative during PAX Prime.

“This is going to sound really bad. We got a spot in the indie booth at PAX, where we were meant to showcase No Time to Explain—a single-player game—in a tiny kiosk right next to Papers, Please. We swapped it out for a 4-player co-op game, Speedrunners, and we kind of blocked the whole booth because the thing about Speedrunners is it organically creates a crowd. Just imagine the Enforcers at PAX trying to deal with this crowd. The day before, we were walking around the show floor with my business partner Luke, and he’s a tall guy, and we strapped a laptop to his neck and four controllers hanging on velcro, just wandering around giving the game to a bunch of people.”

Right now, tinyBuild is trying to do more of what Nichiporchik calls AA games. Not little indie projects, but not big AAA games either. Hello Neighbor is the first example of this, with its larger scope and much bigger budget. In Hello Neighbor, players will have to stealthily explore their sinister neighbor’s home in an attempt to figure out what he’s hiding. The titular neighbor, however, has procedural AI and might react in ways players don’t expect. He’s not entirely unlike the xenomorph from Alien Isolation.

Publishing an elaborate stealth horror game on Steam and Xbox One is a far cry from tinyBuild’s origins as a struggling Flash developer. The difficult journey has been worthwhile in the end, however, informing the publisher’s unique approach to partnering with indie developers.

Hello Neighbor is due out on December 8.