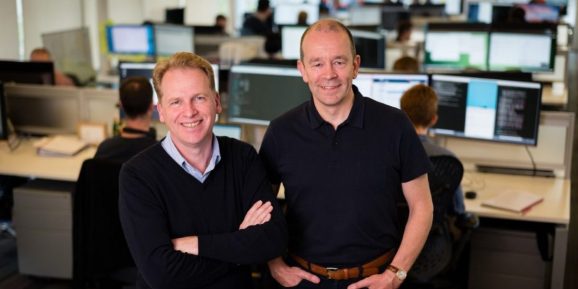 With a focus on chips and artificial intelligence, U.K.-based Graphcore can now be considered one of Europe’s hottest startups.

Today, the company announced it has raised a $50 million round of funding led by Silicon Valley’s Sequoia Capital, a firm not known for investing much in Europe. This follows the $60 million that Graphcore had already raised over the last 18 months.

In a blog post, Graphcore cofounder Nigel Toon wrote that the company’s partnership with Sequoia is an indication that it intends to remain independent as it seeks to compete in the surging AI chip market.

“So over the last few weeks, Graphcore and Sequoia Capital have worked together on a scale-up business plan and on a funding plan which will allow us to grow more quickly and to support our prospective customers more deeply as we bring products to market,” Toon wrote. “We have set out some clear objectives and have full support from our brilliant existing financial and strategic investors.”

Two of the U.K.’s biggest chip successes — ARM Holdings and Imagination Technologies — have both been acquired in the last year or two. For the moment, Graphcore seems confident that its focus on chips for machine learning applications, which it dubs Intelligence Processing Unit (IPU), will allow it to flourish without the need for a corporate overlord. Its IPU chips are optimized for use in such products as self-driving cars, robotics, and the exploding number of connected gadgets.

Of course, Intel and Nvidia are making strong claims on this market, and both bring decades of experience and huge treasuries for investment in R&D and marketing. Graphcore says its machine learning chips bring 100 times the processing power of these potential rivals, however, an edge that it believes will allow it to stand out.

“Machine intelligence will cause an explosion of new applications and services that will transform every industry,” Sequoia partner Matt Miller said in a statement. “The unique nature of this workload and scale of this opportunity creates an opening where a valuable new chip company can be created. We believe Graphcore’s product architecture, team, and early market interest make it the best-positioned new entrant in this market.”

The company said it will use the latest funding to scale up production, attract developers to its platform, further product development, and expand is Palo Alto office.