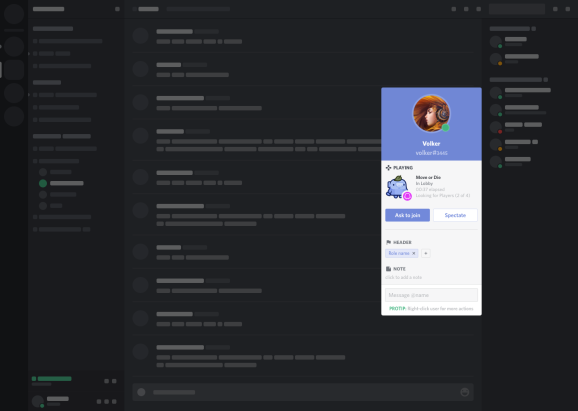 Discord is one of many potential community-building tools.

Mobile gaming communities provide publishers with an opportunity to engage users who want to become better players, share experiences, and discuss the nuances of games. For developers and marketers alike, communities can be a means to monetize games while also improving user experience, which builds deeper bonds with players, ultimately increasing player retention. By planning and supporting a strong community for your mobile game, you’ll give your game the best chance at success.

Several effective strategies and tools are available to help mobile game developers plan, nurture, and foster communities. In this piece I’ll examine the pros and cons of in-app versus third-party communities, introduce some great tools, and discuss the impact of mobile gaming communities as tools for marketing and monetization.

The benefits of communities for app developers

In addition to fostering relationships between like-minded individuals with shared experiences, gaming communities help developers increase LTV by giving users a powerful voice in how the games evolve.

Successful mobile game developers gather player feedback via communities to refine rules and gameplay mechanics, drive the creation of new levels and characters, and inform more personalized marketing and advertising experiences such as rewarded videos. Some mobile game communities take on self-service roles, with user-generated player resources—all at minimal or no cost to the app publisher.

Gaming communities can also help publishers amplify market positioning and messaging. In esports, they can produce and evangelize influencers whose success serves to draw positive attention to the game itself. This in turn grows the community while creating a cycle of monetization and experience improvements.

When players spend time talking about their in-game experiences, they often become better players. This makes the games more fun and boosts player retention. But building communities outside of games (such as those on social media and online forums) requires players to leave the game, giving developers fewer opportunities to engage, retain, and monetize users.

This fundamental challenge has led to the creation of in-game communities, which are built and managed using specialized tools that can be easily layered into any mobile game. Here’s a look at a few tools for building in-app communities and what they offer developers and players alike:

While they don’t give developers the same control over self-developed community tools, in-game chat platforms like Discord and KTplay are increasingly where their gamers are congregating. What developers give up in control, they gain in time and resources that they would otherwise have had to dedicate to the development and maintenance of their own community tools.

For developers who are new to the concept of gaming communities or are trying to build awareness of their games, there’s also the option of tapping into existing communities to start out. Existing communities such as gamer forums and social networking groups draw a lot of views and influence many gamers.

Mobile game developers should check out these third-party communities to see how people congregate around similar game titles and use their findings as a model for their own forum and social presence, at least initially. But it’s important to do this research and social construction before you release version one of your game. Why? Players are more likely to discover and stay in your game when they are a part of a community of people like them.

Creating your own community will take some time, but it will ultimately yield greater rewards, particularly if you carefully weave in native marketing and advertising elements. But remember, the role of gaming communities is to help people learn and get better at your game. As a result, players will be happy to watch a rewarded video or get a friend to download your game.

That’s not to say that third-party communities can’t be effective. For example, Fluffy Fairy Games, the studio behind Idle Miner Tycoon, found that its most passionate and engaged players were congregating around its Facebook page. As a result, Fluffy Fairy Games shifted its efforts to growing and maintaining its Facebook community by sharing upcoming content releases and news, and highlighting the personalities behind their game.

Regardless of whether you create your own in-game community or tap into an existing one, the benefits of game communities are clear. Communities increase engagement, help market your game, and provide developers with valuable, direct feedback from the most passionate gamers who will advocate for your game.