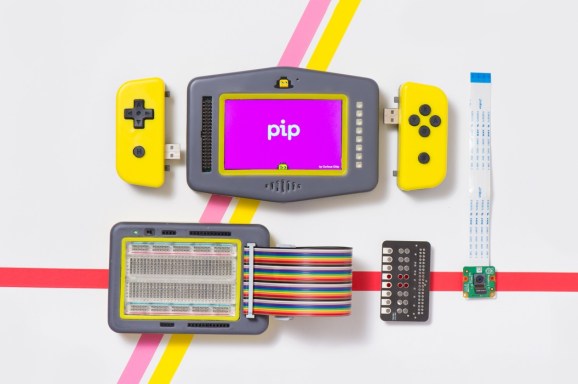 Pip is do-it-yourself hardware based on the Raspberry.

Imagine if you could make your own games for the Nintendo 3DS. That’s part of the idea behind Pip, a “playful handheld” based on the Raspberry Pi do-it-yourself computer. You can use it to create and play your own video games.

Curious Chip, an educational technology startup, is launching a Kickstarter crowdfunding campaign today for Pip. The handheld Curious Chip is aimed at kids, adults, tinkerers, Makers, creators, and educators. The company founded by Jason Frame and Sukhvir Dhillon wants to raise $65,500 in the campaign.

The project has support from Eben Upton, the founder of the Raspberry Pi Foundation, which makes that inexpensive, open-source computer dubbed the Raspberry Pi. With Pip, you’ll be able to play games ranging from Snake to Pac-Man and Minecraft. You can also delve into the code and learn how to make your own games. You could do things like bring a Lego car to life or create an app that senses when your plants are thirsty, Curious Chip said. 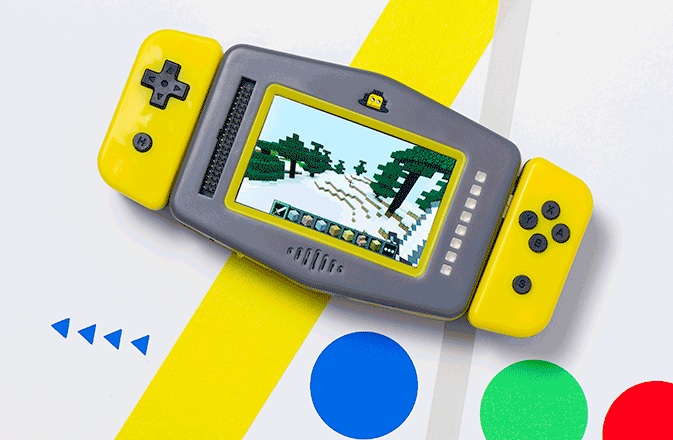 Above: Pip is based on a Raspberry Pip.

The platform is open, and it runs a version of Linux on top of a Raspberry Pi computer. It gets kids started with drag-and-drop programming and then lets them move on toward real programming.

“Pip is the handheld device that puts digital creation in your pocket,” the company said. “Being able to create, control, and invent with technology is like a superpower. We created Pip so that anyone can tinker with technology.”

Pip uses Curiosity’s own programming environment, and it has access to a lot of tutorials and projects with step-by-step instructions. It will help teach users to code in multiple languages (Javascript, Python, Lua, PHP, and HTML/CSS). You can tinker with the hardware easily. You can plug in a moisture sensor to check on plants or hook up a proximity sensor to make an alarm.