Robot marketing has evolved. Today, Anki’s Cozmo robot will participate in a livestream that turns all of the social networking site Reddit into a kind of virtual escape room.

The event is an homage to Reddit and its culture, and it represents a new way for people to interact with Anki’s Cozmo robot. Cozmo is a robot with artificial intelligence, and you can control it using a smartphone. Redditors will collaborate to guide Cozmo through multiple “rooms” on Reddit. Each Reddit sub-section, or subreddit, will be like a new room that Cozmo can visit. This is one of the weirdest marketing promotions I’ve seen.

Redditors will guide Cozmo through rooms that are customized with the likeness and spirit of some of Reddit’s most popular subreddits, like r/memeeconomy and r/rarepuppers. Cozmo is a cute robot that has a lot of personality. 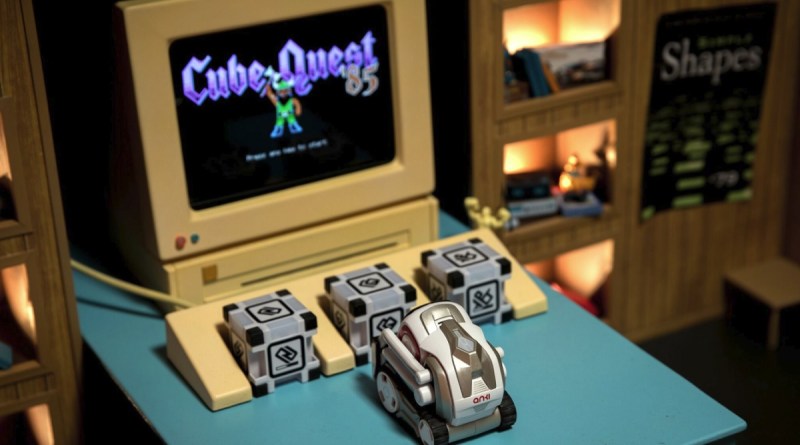 “At Anki, it’s in our DNA to constantly question and push the boundaries of what’s possible,” said Craig Rechenmacher, the chief marketing officer at Anki, in a statement. “This is a guiding principle that defines all facets of our company, including product development as well as marketing. Working with Wieden+Kennedy Lodge, we identified Reddit as a great platform to introduce Cozmo to a new audience, not only due to undeniable influence and reach of the site, but also the unique community that make up Reddit and their propensity to embrace new, innovative technologies.”

Reddit is one of the largest and most visited web sites in the world, and many of them are tech-minded.

Cozmo will travel through these rooms and complete a series of challenges with the help of the entire Reddit community, all with the goal of helping Cozmo escape — we’re talking /showerthoughts, a rare puppers party, puzzles and trebuchet launches. The interactive livestream, which is similar to Twitch Plays Pokémon, is a first for Reddit. It is meant to be true to the social site, down to the finest detail. Cozmo will face a number of challenges and puzzles in each room, and the Redditors need to solve them to help Cozmo escape to the front page of Reddit.

“This campaign marks a first for Reddit and our brand strategy team,” said Zubair Jandali, the vice president of sales at Reddit, in a statement. “Not only is it the largest-scale campaign built entirely around the Reddit community, it’s also the single most creative brand activation we’ve had a chance to work on. It’s been incredible to watch this concept come to life over the past several months, and I can’t wait to see how our users respond.”