Nvidia has launched new drivers for its graphics cards today in preparation for the debut of Star Wars: Battlefront II, but the company has also continued to squeeze better performance out of the PC release of Bungie’s Destiny 2. That online sci-fi shooter is seeing double-digit jumps in framerates on high settings at the 1440p and 2160p resolutions on Nvidia’s GeForce GTX 1000-series chips. 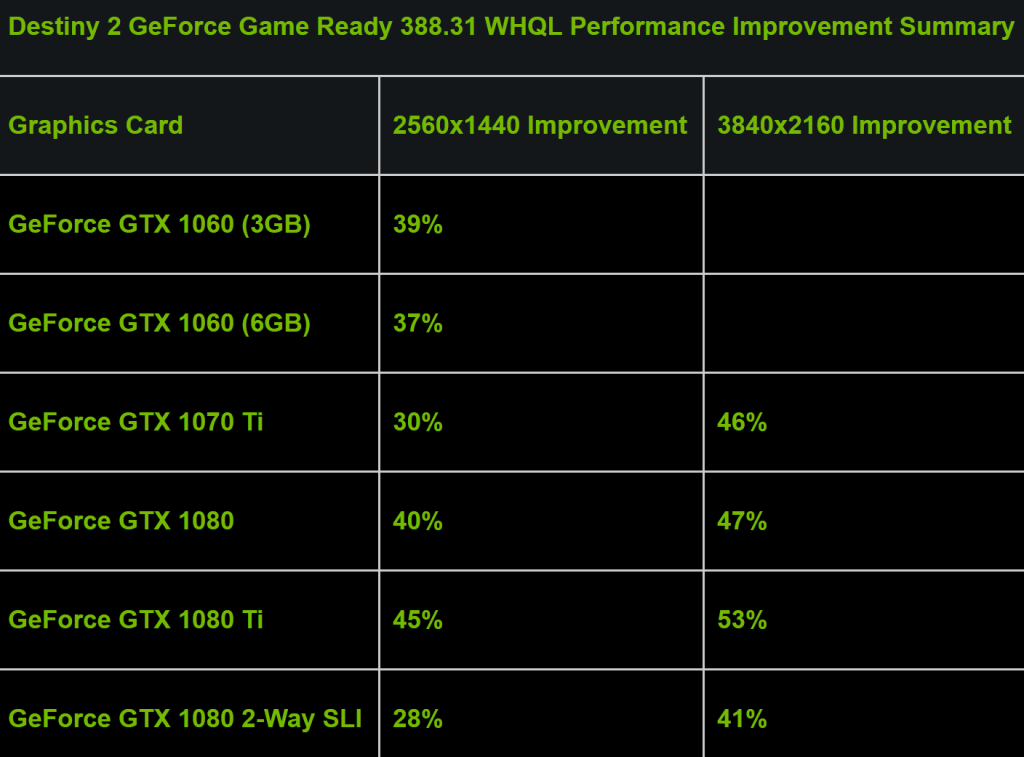 Above: The improvements to Destiny 2 performance across Nvidia’s 1000-series GeForce GTX cards.

Destiny 2 already ran well on PC. It debuted October 24 on Windows after hitting consoles September 6, and that extra time gave Bungie and the port team at Vicarious Visions a chance to launch a highly optimized version. But those studios also worked closely with Nvidia, and that is still paying off.

“Our driver team spends a considerable amount of time developing optimizations and improvements for the latest games before they’re launched, ensuring you have a great experience the second they’re available,” GeForce.com editor-in-chief Andrew Burnes wrote in a blog post. “The work doesn’t end at launch, however, as our team continually searches for further improvements in game code and our drivers, collaborating with developers whenever possible.”

The drivers are available now, and they should also lead to optimal results Injustice 2, which hits PC for the first time this week.