The VR app debuts today as an exclusive on the Oculus Rift, and it’s one more example of a large media company embracing the new medium of VR. Pixar has a reputation for excellence in animation, and it is wading into VR with the same sort of calculated and meticulous effort, said Marc Sondheimer, Coco VR producer and Academy Award winner, in an interview with GamesBeat.

Coco, a film about a young musician’s journey into the Land of the Dead, debuts on November 22, and the exclusive Oculus Rift VR experience is a 20-minute interactive story that serves as a promotion for the film, Sondheimer said. 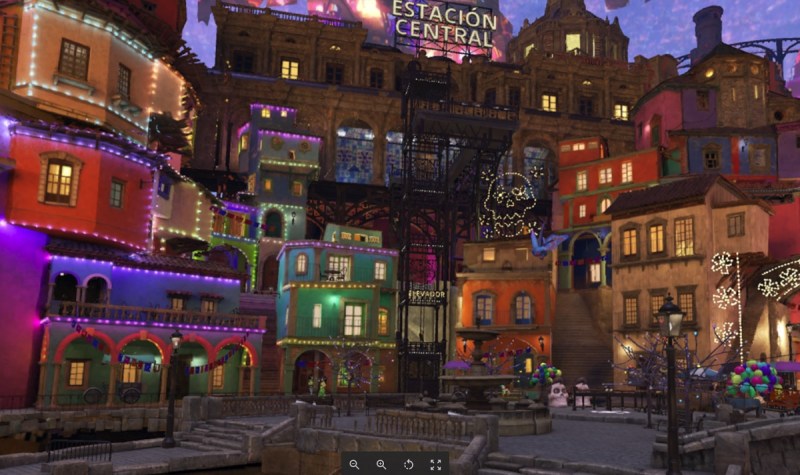 Above: The world of Coco VR.

“We talked about doing a project in VR for a while,” he said. “This movie Coco felt like the right underlying creative to start with.”

Pixar’s VR experience is both interactive and social, as you can share it with friends. You can journey through the Land of the Dead (based on Mexico’s holiday tradition of Dia del los Muertos) with up to three other people in VR. You can model outfits or decorate your calaca head.

“Going to the theater is a semi-social experience — you watch a film together, but it’s passive,” said Oculus executive producer Yelena Rachitsky, in a blog post. “In VR, you can actually go on an adventure with a friend. These experiences can create lasting memories, just like going on a trip together. But unlike a journey in real life, VR lets you explore the gorgeous world of Coco, full of unique Easter eggs that sprinkle a bit of magic at every turn.”

The Coco film team worked closely with their VR counterparts to create assets and animations that stayed true to the movie, Sondheimer said. 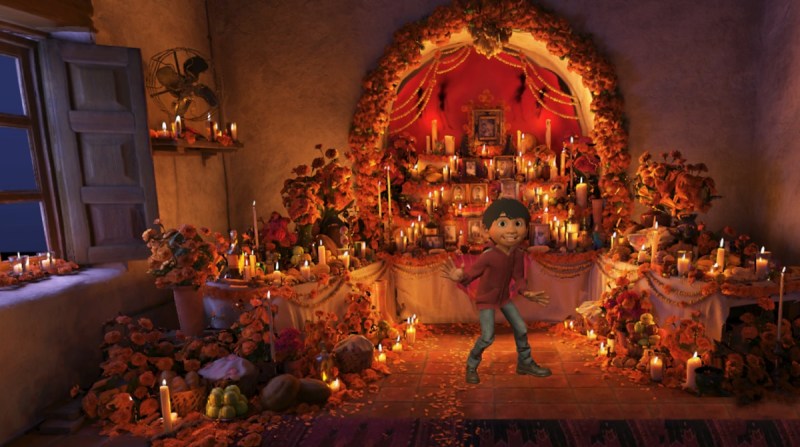 Above: Miguel in Coco VR.

VR studio Magnopus brought the movie art to life in VR and added social and interactive layers. Oculus collaborated with both teams.

“Pixar’s films are masterpieces, and we didn’t want to just reproduce what you can see on screen,” said Rachitsky. “We wanted to put together an experience that feels inherently VR — where it’s all about the audience.”

Coco VR takes you behind the scenes, with unreleased footage, actual concept art, and storyboards from the film. Disney previewed the experience at select Dia de los Muertos festivities. Oculus has a VR partnership with Disney, which has also created VR experiences such as Moana’s Kakamora Orchestra, a 360-degree video on Facebook, and Lumiere’s Dress Rehearsal, an interactive experience available through the Disney Movies VR app on Rift and Gear VR. 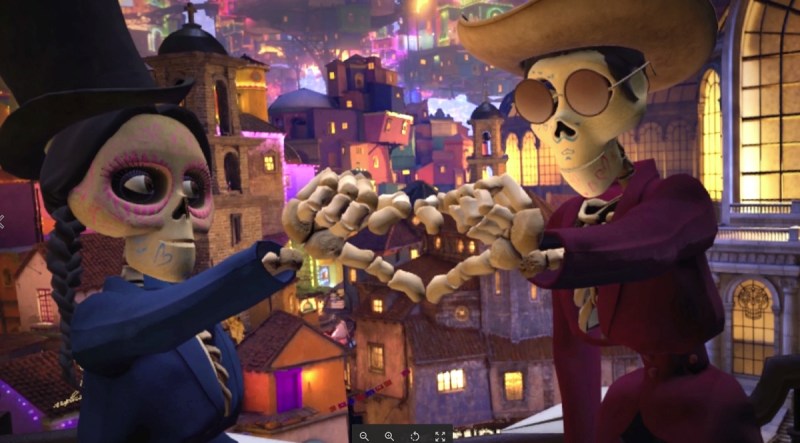 Above: Up to four people can join each other in Coco VR.

Sondheimer said the goal was to support the film and introduce audiences to “this amazing other worldly place.” It is both a marketing vehicle and a stand-alone experience, he said.

He said, “We wanted to allow audiences to go on their own adventure in that space. It’s like what it feels like to go into a Pixar set or environment. We are very exhaustive in creating believable worlds. Even though they are imaginary, we want them to be believable and researched and true. It has a loose story that you can experience from beginning to end in about 20 minutes. You get to have different perspectives on this art work only in a VR experience.”

Sondheimer said that it took a while for Pixar to embrace VR because “we are kind of control freaks at Pixar.” It took about nine months to complete, with help from both Magnopus and another company that assisted with the sound design.

“We control where your eyes look, every pixel you see, what your eyes see, and the whole process of creating that,” he said. “In VR, we have to give up a lot of those controls and be ok with it. And the process of making it.”