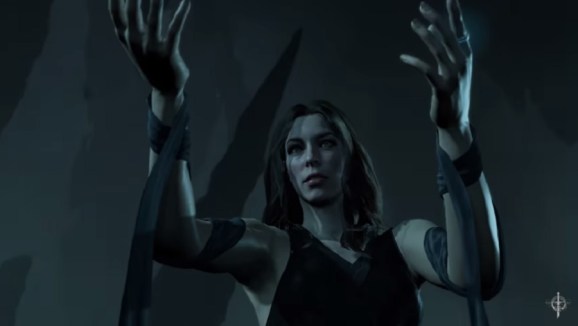 It's like they always say, sex(y spider lady) sells.

Middle-earth: Shadow of War stood tallest in a month of big games, according to industry-tracking firm The NPD Group. Assassin’s Creed: Origins was just behind it.

Shadow of War, the open-world fantasy adventure, debuted September 28, and it went on to dominate physical and digital game sales in the United States in October. Shadow of War was also able to turn the affection for Shadow of Mordor into substantial growth for the franchise.

“Middle Earth: Shadow of War was October’s best-selling game overall, while also taking the top spot on both the Xbox One and PlayStation 4 platforms,” NPD analyst Mat Piscatella said. “Sales grew over 20 percent when compared to the launch month of the previous release in the franchise, Middle-earth: Shadow of Mordor, which debuted in September 2014.”

And while Shadow of War had the entire month, it did outsell Assassin’s Creed: Origins, which had the disadvantage of debuting at the end of the month. Origins launched October 27, which is only one day before the end of NPD’s reporting period.

So while Assassin’s Creed is trying to recover — and it looks like it is — publisher Warner Bros. Interactive Entertainment’s younger series is becoming a dominant force.

Shadow of War is an important release for Warner Bros. Interactive Entertainment. The publisher is looking for every way to cash in on its biggest properties, and the Middle-earth games are proving a strong way to generate revenue from The Lord of the Rings. This also comes as Amazon purchased the rights to the series from Chris Tolkien, which could open up many more opportunities for WB to capitalize on this.

Assassin’s Creed, meanwhile, is a core series for Ubisoft. The franchise once had an annual release for nearly a decade straight before taking 2016 off. Now, with extra time for polish, I think Origins is one of the best Assassin’s Creeds yet.