The mobile game AdVenture Capitalist has generated more than 25 million downloads since 2015. And now Kongregate and Hyper Hippo Productions are releasing the sequel, AdVenture Communist, on mobile devices.

This is one of those insane categories for games. The title is a big one in the “clicky idle” game genre, where you just tap on the screen continuously. AdVenture Communist continues to innovate on the idle genre with a complex game economy that brings a strategic element to the gameplay. It debuts today as a free-to-play game on iOS and Android.

“AdVenture Communist is more than AdVenture Capitalist with potatoes. It’s a game that gives players the true ‘socialist’ experience — with more complex economies, resource scarcity, and lots of people doing what the government says,” said Cody Vigue, the creative director at Hyper Hippo, in a statement. “But it’s still got that strangely addicting feel you’ve come to expect from the world of AdVenture.” 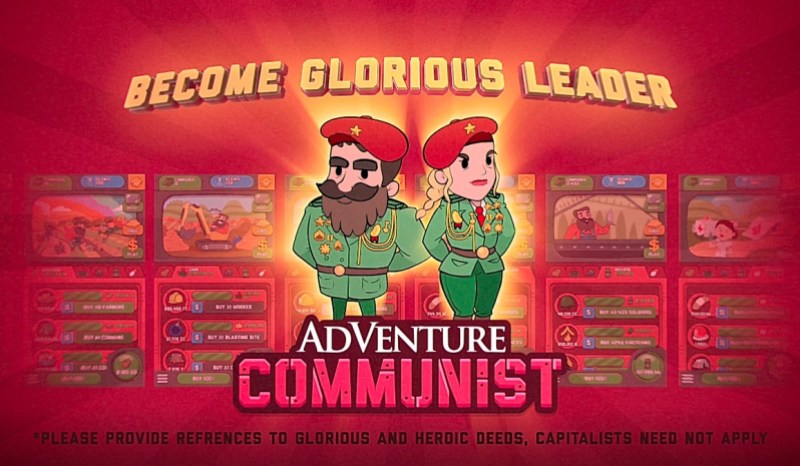 Above: AdVenture Communist is out on iOS and Android.

Hyper Hippo has created more than 50 games since it was founded in 2012 by the creator of Club Penguin, Lance Priebe, and Pascale Audette.

In AdVenture Communist, the player must assume the role of Glorious Leader and grow their tiny country into a global communist superpower. You can do this by farming potatoes, digging up precious ores, and doing a ridiculous amount of task delegation. As your country attracts more comrades, you must assign them to be farmers, miners, nurses, and even soldiers.

“We were a bit skeptical of the Communist theme when we first heard about the game, but having worked with Hyper Hippo before, we trusted their vision, and we were right to,” said Pany Haritatos, the chief operating officer at Kongregate, in a statement. “AdVenture Communist does a great job of capturing the humor of the first game and reworking it into something new. Plus, it is just plain fun.”

Hyper Hippo has 25 people at its studio in Kelowna, British Columbia in Canada.