Microsoft today released a new Windows 10 preview for PCs with settings and input improvements. This build is part of the RS4 branch, which represents the next Windows 10 update the company has yet to announce. 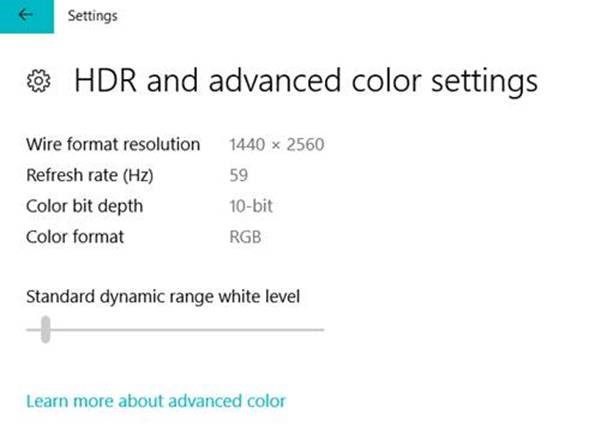 Windows now lets you adjust how bright SDR content appears when running in HDR mode on the desktop. If your computer supports HDR, you will see a slider under Settings => System => Display => “HDR and advanced color settings.” In Ease of Access Settings, there are new “Change cursor thickness,” “Change pointer size and color,” and “Change touch feedback” options.

The insertion gesture (to add space between words or letters) has been updated to now be a small caret.

A new gesture (a 90 degree angle bracketing the end of your text) lets you automatically commit your text and clear out the handwriting panel.

Chinese (Simplified) handwriting has a layout similar to the one announced for other languages with the previous build — the buttons in the handwriting panel are collapsed by default.