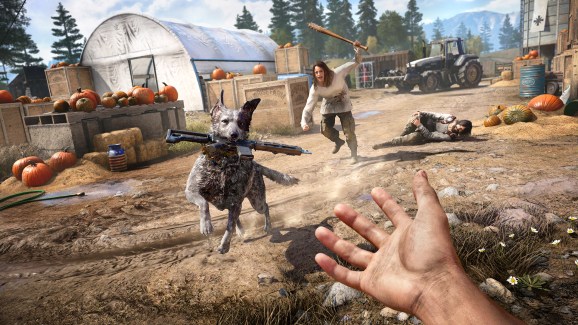 Ubisoft Entertainment is opening a new studio in Berlin in early 2018. Its first project will be to collaborate on the Far Cry series, the latest installment of which will be out on February 27. The studio will report to Ubisoft Blue Byte, which has offices in Düsseldorf and Mainz and has worked with Ubisoft Montreal on games such as For Honor, Rainbow Six: Siege, and the upcoming pirate adventure Skull & Bones.

Ubisoft Berlin is planning to hire a team of 50 to start. It will be led by studio manager Istvan Tajnay, who worked at Blue Byte for the last five years and was studio operations director there. Many of Ubisoft’s studios collaborate on projects, and the new office joins a growing network of international studios. Earlier this year, it’s opened studios in Stockholm and France, adding to its collection of over 30 studios globally.

Since last year, Ubisoft has been haunted by the specter of a potential Vivendi takeover. Most recently, it’s made moves to defend itself by buying up to 4 million shares to prevent Vivendi from exceeding 30 percent ownership. For now, it seems that Ubisoft is safe and it can enjoy its good year so far. Its tactical strategy game Mario + Rabbids: Kingdom Battle has been a success on the Nintendo Switch. Assassin’s Creed: Origins also had a promising launch, beating out Assassin’s Creed: Syndicate’s sales in the first 10 days.