When Realmforge Studios and publisher Kalypso Media Digital launched Dungeons in 2011, the sim quickly became a victim of expectations. After years of hoping for a spiritual successor to Bullfrog’s much-loved Dungeon Keeper series, people latched onto this new dungeon sim, thinking it might be the cure for their itch. But that wasn’t what Realmforge had built.

“The vision for the original Dungeons was to create a game that provided a ruleset and framework to explain, examine, and explore the usual layouts for dungeons in RPG games,” explains Christian Wolfertstetter, creative director at Realmforge. “Those dungeons are usually designed in a way to make them challenging—but not deadly. So the first Dungeons was really all about satisfying the needs of different classes and levels of heroes, which actually made it more of a Theme Park-style management game.”

It was a unique concept, though Wolfertstetter admits that it did have some usability problems and needed an extra level of polish. He believes, however, that the main source of players’ disappointment was that it was such a different direction from Dungeon Keeper. They wanted a modern follow-up, and that wasn’t Dungeons

“We were really surprised at the time, just because the gameplay was so different between the two titles,” Wolfertstetter recalls. “But the thing was that Dungeons had a similar look, especially in screenshots, and it turned out that a lot of players at the time had been waiting for a spiritual successor to Dungeon Keeper. In retrospect, we should have expected those comparisons and expectations.”

Through trailers and previews, Realmforge did try to show how Dungeons was aiming to be something different, but the hunger for a new Dungeon Keeper was too strong, leading to a disappointing ‘mixed’ user review score on Steam. Instead of driving Realmforge away from the genre, however, this made them determined to give players something closer to what they’d hoped Dungeons would be. 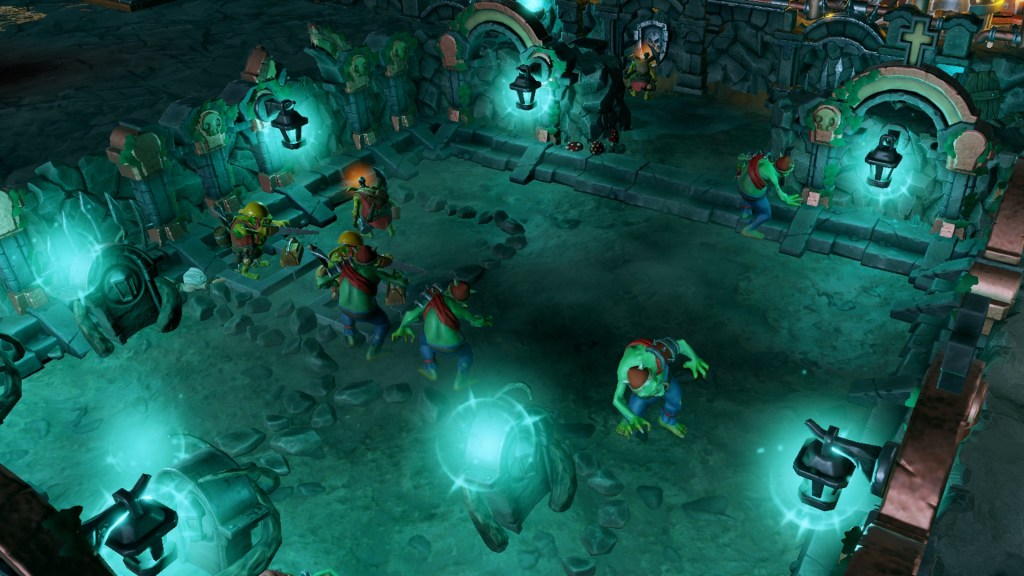 “Once we became aware of that demand for a modern game that followed the Dungeon Keeper template, we scrapped the ‘hero entertainment’ aspect for Dungeons 2,” says Wolfertstetter. “Instead we focused on a more classical approach.”

Dungeons 2, then, was a totally different experience, drawing more on Dungeon Keeper, but with nods to other classic RTS games like Warcraft 3. Instead of creating dungeons to challenge heroes, players were tasked with conquering the underworld and overworld through a mix of dungeon management and RTS battles. It resonated with players a lot more than its predecessor, sparking another sequel, the recently launched Dungeons 3.

Like Dungeons 2, the latest game is split into two distinct parts: the underworld management game and the overworld RTS. In the former, minions can be ordered—by literally grabbing them with the ‘Hand of Terror’—to carve out tunnels, build new rooms, and place traps for invading heroes; they also go about their own routines, sleeping, drinking beer, and getting paid. “Just like a game designer,” Wolfertstetter jokes.

The overworld portion is where the Warcraft 3 inspiration comes in. Creatures recruited in the dungeon can be sent to duke it out with the forces of good above ground, where they’re entirely under player control.

Though the game’s two halves evoke very different strategy games, they are still inextricably linked. Conquering the overworld generates ‘evilness’, a resource that can be spent on researching new traps and rooms for the dungeon. Creatures start making more demands as they increase in level, potentially going on strike and refusing to fight. Both sides need equal attention, though they do require different skillsets. Wolfertstetter doesn’t think that makes Dungeons 3 any less accessible, however.

“Dungeons 3 is not a hard game to learn. The developers here at Realmforge are too old to keep up with pro games like Starcraft and the difficulty of Dungeons 3 reflects that. Joking aside, I think both parts of Dungeons are very accessible and I have yet to see a player that couldn’t handle it.” 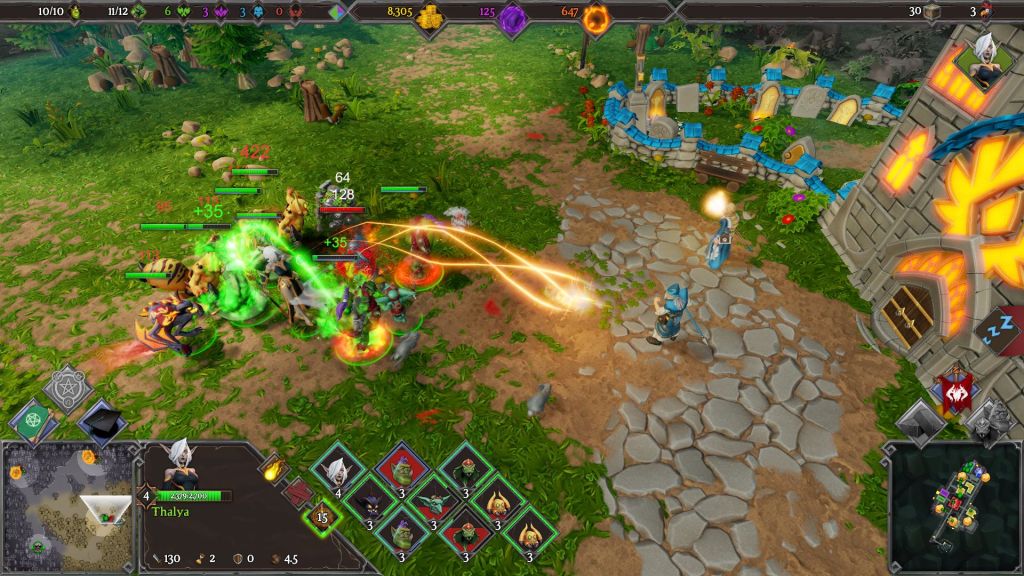 While Dungeons 3’s direction is close to its predecessor’s, Realmforge has used the sequel to refine and improve as much as possible. “There’s double the amount of content compared to Dungeons 2. We’ve also introduced co-op support across all game modes, which everyone here has had a lot of fun with. All the various factions have been brought together too, which we think is a big improvement. We also tweaked the research mechanics, moving all researchable items from multiple menus into one big tech tree—and added new ones, of course.”

There’s a long list of tweaks and new features, including a few favorites from Dungeon Keeper, like imprisoning and torturing heroes, or even turning them into undead minions. While Bullfrog’s classic remains a major inspiration, Dungeons 3 isn’t beholden to it; certainly not when half of the game is an RTS, with all the army and resource management that comes along with it. It also introduces random dungeons for the first time in the series. The campaign maps and a few multiplayer maps are hand-crafted, but skirmish and random multiplayer maps are procedurally generated using blueprints created by the level designers.

All of this has paid off, netting Dungeons 3 the best critical and user reception of the series so far, but where can the series go after conquering both the underworld and the overworld? As it turns out, lots of places. Realmforge has no dearth of ideas when it comes to the series’ future.

“Well, the Dungeons multiverse has a lot to offer, like new worlds, new races,” Wolfertstetter says. “There are still some good gods refusing to accept the reign of evil, and there’s the Final Frontier… We are still working on Dungeons 3, so definitely expect new things to come eventually. However, I’m afraid I can’t tell you any details because the Hand of Publishing will slap me if I do.”

In the meantime, Wolfertstetter and Realmforge are just enjoying the positive feedback, as well as being vindicated in their belief that the series was worth nurturing. “I think Dungeons 3 is definitely pushing the series another step in the right direction.”

Dungeons 3 is out now on Steam.