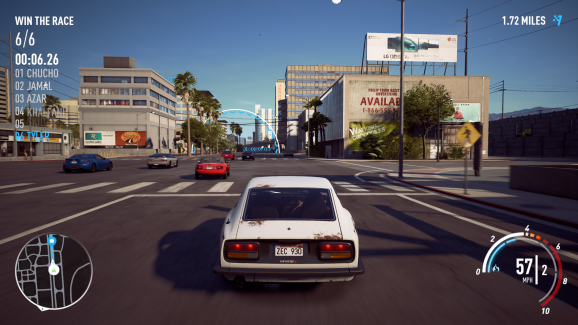 Need for Speed: Payback running at 4K on the Xbox One.

Star Wars: Battlefront II is getting the attention of gamers, Wall Street, and The Washington Post, but it’s not the only Electronic Arts game going through some changes when it comes to its progression system and business model. Development studio Ghost revealed on Friday that it is increasing the rate that Need For Speed: Payback, its new open-world racer, doles out rewards, in-game currency, and vehicles. Payback features a loot-box system similar to the lucrative FIFA Ultimate Team where players can buy boxes to get virtual items that make the game easier or unlock new content, and that can often make the core game’s progression feel slow and unsatisfying — at least in my experience. This is not too unlike Microsoft’s Forza Motorsport 7, which has similar loot-box-style progression. The difference is that Microsoft still has not turned on the option to let players buy loot boxes with real money.

“We’ve been using community feedback, along with our own in-game data, and have come up with a number of changes — many of which are in the process of going live,” reads a Reddit post from Ghost. “Our aim with these changes is to make the progression, especially around the ownership of cars, a much more enjoyable experience.”

Here are the changes that went live over the weekend, according to Ghost:

Racing games are having a strong year in terms of sales. The genre more than doubled through October compared to the same period in 2017, according to industry-tracking firm The NPD Group. But publishers are still looking for more ways to generate cash after launching a product, and that has led many to embrace live services with ongoing microtransactions. But as that model spreads, players are encountering a number of games with rough launches followed by quick updates.

That’s what Ghost is doing, and the developer say it has only just begun the process to mold Payback into a better game through patches.

“Coming shortly will be some changes to the way tune-up shops work, especially around the quality / level of parts they stock,” Ghost’s Reddit post reads.

This might seem like a reaction to the Star Wars new, which culminated on Thursday with developer DICE announcing it is removing the option to pay real money for loot boxes in Battlefront II. But that’s not the case, according to Ghost.