Back in 1984, Larry Harris released one of the most popular board games of all time, Axis & Allies. It sold millions of units as it appealed to both hardcore war gaming fans and casual audiences as well. Now, after designing 200 games, Harris is revisiting WWII with his magnum opus, War Room.

For the past five years, Harris has been working on the global simulation of World War II, and for three years, he has worked with Thomas Gale at Nightingale Games to turn the creation into a commercial reality. They’re raising money for it in a Kickstarter crowdfunding campaign and hope to launch it in 2018. The campaign has already raised pledges of more than $294,000 from 1,386 backers, nearly double the goal of $150,000. While the tabletop game may have a limited audience, it could potentially turn into a computer strategy game, and the design from a master creator is sure to have some important lessons for all game designers.

Harris is careful to say that he is proud of Axis & Allies, which is published by board game giant Hasbro. But he wants to do something more with all that he has learned from three decades of designing board games. Harris told GamesBeat that he wants the game to be perfect, and at age 69, he feels like he doesn’t have a ton of time left to create the ambitious work.

War Room has a beautiful circular map of the globe, and it has more than 1,000 components. But Harris doesn’t want people to think that it’s an overly complicated design. He didn’t like many early war games when he was growing up because they were too complex, with hexagonal movement and arcane rules. War Room has strategic play, with many countries represented as a single territory in the game. You can play with up to six human players, each assuming the role of a supreme commander for one of the factions.

The game differs from Axis & Allies in that it has features such as morale and stress. If one country conquers another, it can gain that country’s resources. But it could suffer a loss of morale if it loses a lot of soldiers or if its civilian population comes under a lot of stress. Harris said he put that in the game because Axis & Allies players would often “turtle up” in defeated countries, creating huge fortresses that were hard to take, like the final days of Japan. But morale and stress can destroy a country’s units and result in a loss through a political surrender.

“Axis & Allies bridged the military-simulation games and the popular board games,” Harris said. “I always felt games should be simpler. I didn’t think I had to know how much fuel was in a truck or a tank. I used a board brush, leaving some details by obscurity and letting it be filled by their imaginations.”

In addition, Harris added secret and simultaneous movement. The game winds up with more surprises and unpredictable battles as a result.

Above: War Room is a strategic simulation of World War II for two to six players.

Harris started working on the game five years ago, and artist Thomas Gale joined him three years ago when he had a prototype ready. Gale has more than 20 years of game development experience, including computer games such as Zoo Tycoon and Majesty.

Together, they went through 12 versions of the board game to get the design right. Harris is still working on it, but he said the game hasn’t been rushed and now reflects all of his three decades of learnings as a game designer. The smaller map is 42 inches in diameter.

“I don’t know how to make it better,” he said. “It’s not complicated. It’s the culmination of a lot of simple game mechanics. If a game is too complicated, it is not well designed.”

Joe Minton, the CEO of video game agency DDM and owner of a Boston area tabletop game store, introduced Harris and Gale, and he helped them move into production and launch the Kickstarter campaign. They formally created Nightingale Games in 2016. They have a small independent team and a large pool of game testers.

“We have more control, and we can take our time,” Gale said. “It’s a golden era of board gaming now, and Kickstarter has shown that. It is so much better than when I was growing up in the late 1980s, when it was rare to find a strategy game at Toys ‘R Us. Now there are far too many games to play.” 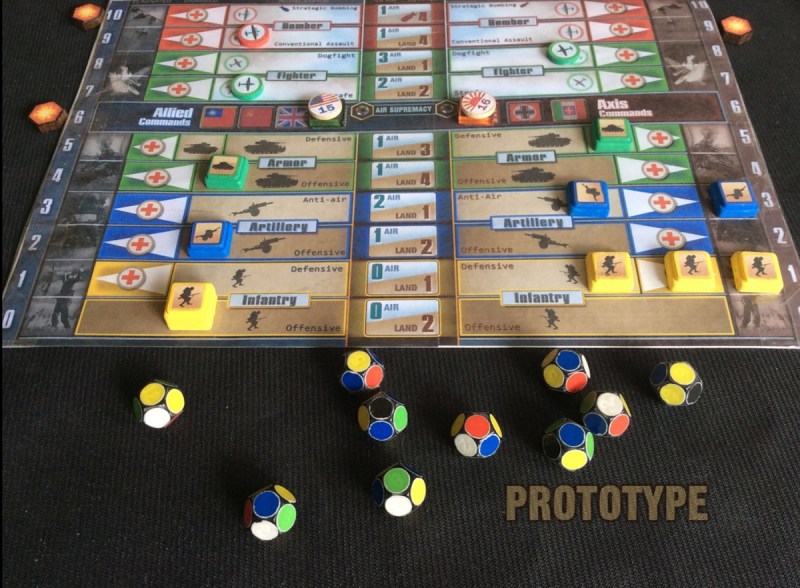 Above: War Room has a Kickstarter campaign going.

That’s why they want to make War Room good. In time, the game could be converted into a computer game, or the company could launch a “support app,” which could serve as a timer and “mood setter” for the tabletop game with sound effects and verbal instructions.

“It would be great if there was a digital version,” Gale said. “But that is a whole project by itself. This is already by far Larry’s biggest project, given the amount of preparation and blood, sweat, and tears that has gone into it.”

It’s also personal for Harris as his father was a veteran of World War II. His father, Lawrence H. Harris Sr., was in the National Guard when World War II broke out, and he was shipped out to the Pacific theater early. He fought in places like New Guinea, the Solomon Islands, and the Philippines. He had many brushes with death. Once, a troop transport he was on was sunk. The elder Harris served as a radio operator and fought on the front lines. He had malaria and dengue fever.

Against all odds, the elder Harris survived the war and came back to raise a family. He finally passed away in 2010 at the age of 88. Before he died, he was able to see the great success that Harris had with Axis & Allies as well as many other war games, such as Guadalcanal, which has excerpts from the elder Harris’ war diary. The war left an enduring impact on the younger Harris. 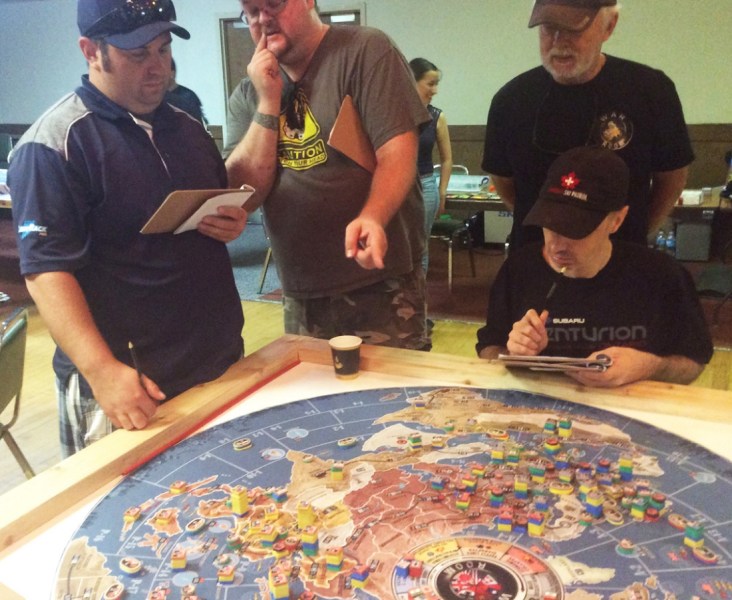 Above: Playtesters try out War Room with Larry Harris.

But while his father’s story was very personal, Harris’ war games are very abstract. Armies are represented by small pieces of plastic.

“This was a labor of love,” Harris said. “I wanted it to be as perfect as it could be. We decided we weren’t going to release this game until it was ready. We are fine-tuning it, but we are there.”

Harris still gets royalties from Axis & Allies, but games are risky, and he doesn’t have so much money that he can risk his personal fortune on them. So they’ve kept the operation very small. 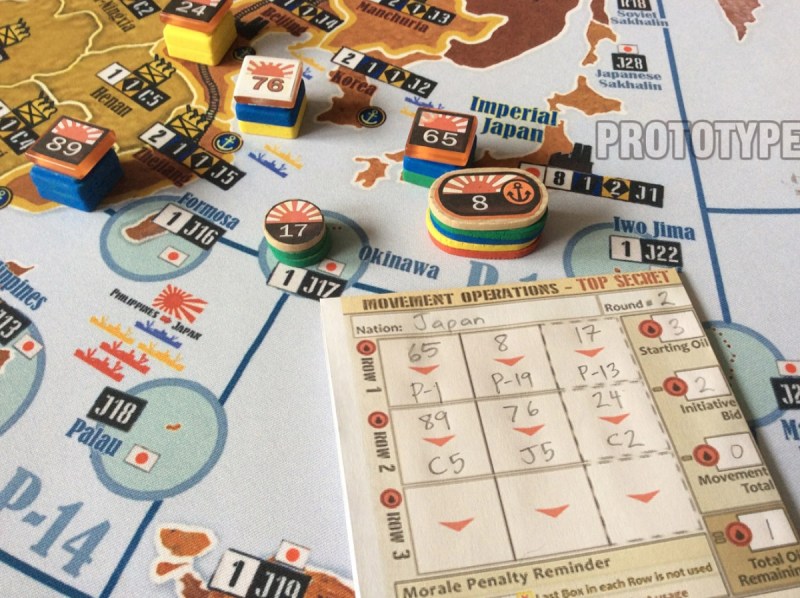 Gale works on the game in Greenfield, Massachusetts, while Harris is north of Boston. They pulled together material for the crowdfunding campaign and enlisted a lot of fan support. When they launched the campaign a few weeks ago, it hit is target of $150,000 in a single day. Harris said he is looking for a producer of the electronic version of the game.

Harris said he is glad that tabletop games have seen a resurgence even though video games are more impressive and impactful in many ways.

“Call of Duty. That’s hard stuff for me to compete against,” he said. “I play a lot of tanks. I’m so impressed when it shoots like you are really shooting. Still, it doesn’t have the social aspect that a board game does.”