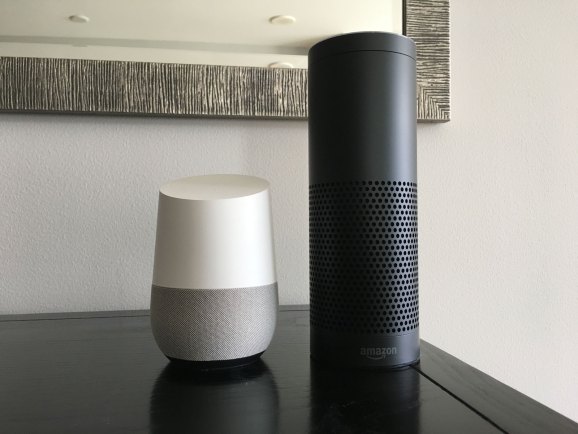 Voice had a big year in 2017. Amazon Alexa passed 10 million unit sales, and there are over 24,000 skills in the store. Google is right up there with Amazon in terms of innovation. The addition of the Google Mini, to go along with the original Google Home, made waves in the consumer tech space this past year. Apple’s efforts with Siri and HomePod, Samsung’s Bixby, and Microsoft’s Cortana round out the efforts of major tech firms in voice technology over the past 11 months.

It’s clear voice is one of the hottest technologies in the consumer tech market these days, but what do consumers really think about their voice-controlled devices?

My team recently conducted a survey of owners of Amazon Alexa and Google Home devices to learn more about their end-user experiences. We identified some interesting trends in consumer sentiment and usage that are worth a read if you’re interested in learning more about how voice technology fares among the masses.

Some of the key takeaways from the survey include:

The devices are behavior-changing

A key takeaway from the survey results is how often consumers use voice assistants and how they see this as a behavioral change.

We asked respondents whether the devices have changed their behaviors or daily routines in any way, and only 20 percent said “no” or that they weren’t sure. Diving deeper into their responses, many said they were surprised at how useful and convenient their devices are — some even mentioned a growing dependence on their digital assistants.

Most popular use cases

We asked users what features they use as well as how often they use them. The most common feature is listening to music, followed by checking the weather and asking for information. Surprisingly, home automation was one of the least common. Locating sports scores or playing games were also among the least common uses for digital assistants.

When we dug deeper into the frequency of use of these features, we found 63 percent of respondents who listen to music listen multiple times throughout the day. And more than 53 percent of participants who use their devices to ask for information do so multiple times per day.

While checking for weather is a common activity, it tends to be a daily activity for voice assistant owners: 43 percent of respondents reported checking the weather once daily, and 38 percent said they check it multiple times a day.

While consumers do use third-party voice apps (e.g., Alexa skills), they tend to use only a few of them. About 53 percent of consumers use one to three voice apps, and an additional 23 percent use four to six. Only 14 percent of respondents said they do not use any third-party skills.

Discovery of skills and apps is still a challenge. The most common channels for consumers to find out about new skills are through social media, the device’s skill/app store, and friends.

When we asked brands how they acquire users for their voice skills, the most commonly recommended channel was social media, either paid or organic. Media brands that have multiple channels often cross-promote their voice apps through other affiliate channels as well. Social media influencer campaigns with videos also work well for startups. The video helps give users an idea of how to interact with the skill.

The terminology for voice applications may need standardizing as well. Based on the freeform responses to the survey, it’s not clear how many consumers know what a “skill” is on Alexa or the equivalent on Google Home, especially as Google has changed from “actions” to “apps.” “Voice apps” may be a clearer, more standardized term.

The devices are highly recommended

Users tend to be quite satisfied with both their devices’ ability to understand requests and the responses their devices provide.

We asked respondents if anything about the devices surprised them, and the most common responses were:

Other surprises included the devices’ sense of humor, how they get smarter without having to update, the quality of the speakers, and how the devices almost seem human.

Overall, users are very happy with their voice devices. On a scale of one to five, the average device rating for all respondents was 4.5 stars.

When asked if they would recommend their Alexa or Google Home to friends or family, on a scale of 1 to 5, with five being “Very Likely,” the respondents gave a 4.5 average.

The results of these questions were about the same for both male and female users.

The results of this survey clearly show consumers love their Alexa and Google Home devices. They’re pleasantly surprised by the ease of use, the functionality, and how the devices fit into their daily routines. The data also reveals an opportunity for device makers and app developers to create more awareness for third-party voice applications. Users tend to only use a few of the 24,000 skills in the Alexa store. In some cases, users aren’t even aware they exist. But this drawback is small when compared to the resounding amount of positive responses from the study.

Needless to say, we’re excited about the future of voice and look forward to seeing the new features the platforms, brands, and developers create for these interfaces.