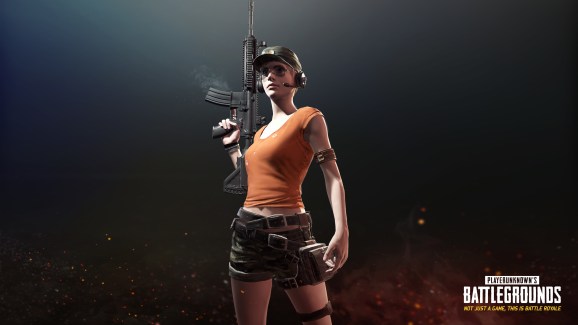 PlayerUnknown's Battlegrounds is huge in China.

“PUBG has sold more than 20 million copies since we released the game in March 2017, and we expect our strategic partnership with Tencent to open up new horizons in the Chinese market,” PUBG Corp chief executive officer CH Kim said. “We will do our best to present a great game to the Chinese users in close cooperation with the company.”

For its part, Tencent is also promising to rework the game for a Chinese audience. Currently, PUBG has a simplified Chinese option, but most games that launch in the region have a lot more changes to meet both player expectations and government regulations.

“PUBG is currently the most popular survival shooter game and is enjoyed by users all over the world,” Tencent senior vice president Steven Ma said. “Tencent will localize and operate the game by catering to the preferences of Chinese gamers. We will also offer a different, fun experience on PC.”

This comes after rumors claimed the Chinese government was making an attempt to ban PUBG due to its violent anti-socialist content, but as I reported here, that was never a real concern. Battlegrounds is one of the most popular games in the world, but it is especially popular in China, which is the world’s largest gaming market. That has led to the game taking over the sales and concurrent-player charts on the PC-gaming service Steam.

Tencent just announced that it will be the exclusive operator of PLAYERUNKNOWN'S BATTLEGROUNDS in China after partnering with Bluehole.

Will be official China server + emphasis on banning cheaters + making the game work around regulations. pic.twitter.com/q02njDxiLw

I’ve reached out to Bluehole, Tencent, and The PUBG Corp for what this means for the future of the game. I’ll update this post with any new information. Of particular interest is whether the current players on Steam will have to purchase the game again when they shift to Tencent’s WeGame platform.

The good news here for everyone else is that this could put a serious dent in PUBG’s cheating problem. While players would encounter impossible fast and accurate opponents on all of the global servers, a significant number of those cheaters originated in China. Perhaps this will silo the problem and enable Tencent to deal with it on its own.