The Infinity Blade trilogy was one of the best-selling mobile gaming series on the iPhone, but its last installment came out in 2013. Now fans can express their love for the franchise with a new emoji sticker pack based on Infinity Blade characters.

Pundit, a sticker technology platform, has partnered with Epic Games’ Chair Entertainment division to launch a messaging sticker pack based on Infinity Blade. It’s not a bad way to monetize a game brand after the game’s normal life cycle has already expired.

First launched in 2010, the Infinity Blade series pushed 3D graphics on iOS, and the three games remain popular on the App Store. The new pack is available today via the free Pundit app. The $1.99 pack features original Infinity Blade artwork and gameplay sounds inspired by characters such as Siris, Isa, and Raidriar. 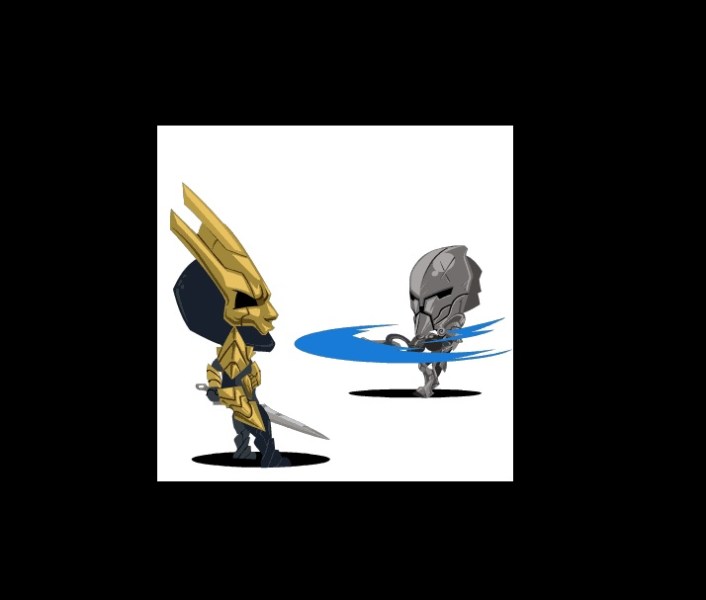 “As entertainment creators, we are always looking for fun, new ways to help fans further immerse themselves in the experiences they love,” said Donald Mustard, worldwide creative director at Epic Games, in a statement. “We love the cool twist Pundit has put on communicating with stickers and we’re excited to introduce the Infinity Blade pack to our community.”

On Pundit, users can chat with friends and groups and express themselves with a wide collection of stickers. Unlike other messaging sticker platforms, Pundit focuses on bringing stars, celebrities, and brands to life by combining elaborate animations with voices and sounds. With Pundit’s new Infinity Blade sticker pack, fans will be able to express themselves in daily conversations through a mix of pop culture references and reenactments of the game’s key scenes, like stabbing the God King with the Infinity Blade and Siris in #beastmode.

“We believe that stickers embody the greatest intersection between entertainment and communication, and it was an honor for our team to work alongside the creators of Infinity Blade to develop one of our most fun and engaging sticker packs yet,” said Chris Aston, chief operating officer of Pundit, in a statement. “Combining new artwork with original in-game sound-effects and voices from the game’s own voice actors, these stickers are a total blast for any Infinity Blade fan. We hope that fans enjoy using these Infinity Blade stickers as much as we did creating them.”

Soon, users will also be able to add stickers, like the Infinity Blade pack, to their photos and videos via the Sticker Cam and share them with friends on Pundit or any other messaging platform for an ultra-personalized and fun chatting experience.