Mobile game developers are embracing in-game advertisements as an important way to monetize games, according to a study by analytics firm DeltaDNA.

The company, based in Scotland and San Francisco, said in its 2017 DeltaDNA Ad Survey that developers have shifted their view of ads in the past year. Last year, more developers saw ads as a necessary evil, but now developers have warmed to ads. 21 percent of mobile game developers believe that ads enhance player progress in a game, compared to 11 percent last year.

Developers have been concerned in the past that too many ads could hurt the experience for users. But as advertising has become more refined and the reality of the mobile game business sinks in, developers have warmed up to ads.

49 percent of developers now see ads as an “important monetization opportunity.” Last year, 51 percent felt that ads were a “necessary evil.” The number of developers describing their ad strategies as “effective” has doubled, while the number feeling “cautious” or “unsure” about how best to integrate ads has decreased.

Rewarded video ads, where a player gets a reward for watching an ad, are now used in 58 percent of free-to-play games, compared with 44 percent a year ago. That compares to 38 percent video ads and 34 percent for banner ads. 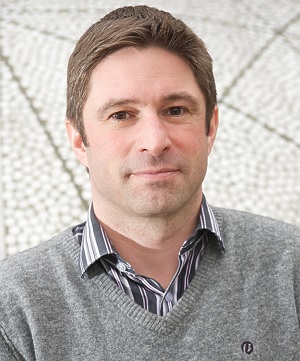 Above: Mark Robinson of DeltaDNA

But the acceptance of ads isn’t universal. The majority of free-to-play games use multiple ad formats to maximize revenue. But 20 percent of hardcore mobile games and 7 percent of casual games don’t use ads.

“The results of this year’s study are fascinating as they paint a contrasting picture and reveal a missed opportunity,” said Mark Robinson, CEO of DeltaDNA, in a statement. “On one hand, it’s clear that developers are becoming more comfortable with ads and more confident in the effectiveness of their ad strategies. Developers are increasingly adopting a ‘player first’ approach to ads, using them as a natural part of the game mechanics, which appears to be paying benefits.”

He added, “However, game makers are also still fearful about increasing ad frequency per session and as a result, many are still leaving a lot of cash on the table. This is borne out by the fact that average ad revenues are still only a third of total game revenues.”

About 40 percent of developers serve only one ad per session or less, while in-game advertising still only accounts for 31 percent of total game revenues.