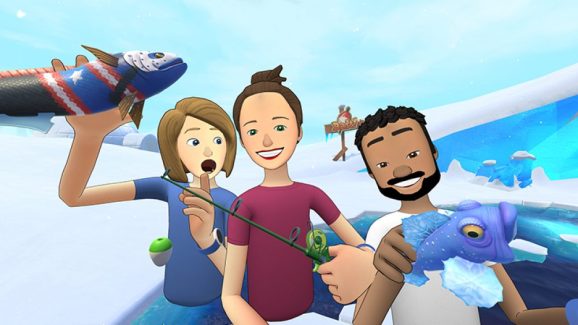 When Bait! from Resolution Games first launched on Gear VR it introduced several visually pleasing vistas at which players could cast their line for some recreational fishing. With a mixture of free-to-play design and some light microtransactions, it quickly soared on the platform and became one of the most-downloaded mobile VR experiences available.

CEO of Resolution Games, Tommy Palm, had the following to say in an official Oculus blog post:

“We founded Resolution Games on the premise that social gameplay would be one of the most core elements of VR. This was such a great opportunity to fully utilize the social infrastructure of Facebook Spaces, which let us focus our efforts on the actual game building—and fishing is one of those activities that allows you to be socially active and doesn’t require 100% of your mental bandwidth. With this mix, you can engage in a really fun way, while also having conversations with your friends…We hope [players] have a great time fishing with their friends and finding all the different species of fantastic creatures. I hope that players also see the potential future of social VR. This is a new world, a new frontier waiting to be explored. There are so many fascinating experiences waiting to be made that will bring joy to people all over the world.”