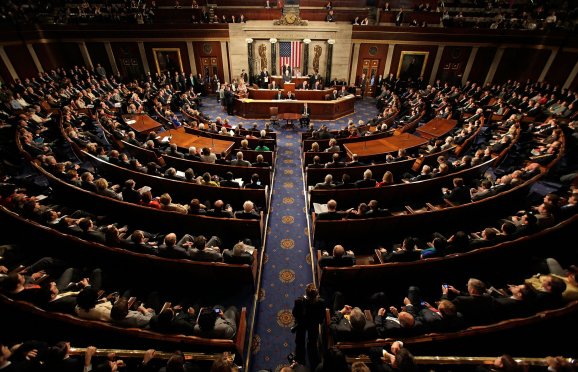 The NCGP will work with policymakers to help them understand gaming.

A handful of gaming industry professionals have announced the formation of the National Committee for Games Policy to influence government regulation of the industry. This is a direct response to what the NCGP calls the loot box gambling crisis. The group says it will have a thinktank division (ITK) and a self-regulatory organization (SRO). The thinktank will avoid taking positions on contentious topics like loot boxes and gambling, and it will instead try to provide accurate data to policymakers. The SRO will operate independently from the ITK, and the NCGP claims it will investigate and take legal action against “unscrupulous video game companies” that have “damaged the public consciousness in some way, whether mental or physical.”

The NCGP features a “consumer center” where the public can report video game makers. Many people have loudly protested loot boxes in games like Star Wars: Battlefront II and Need for Speed: Payback, and now they have a group that will listen to their frustrations — although the NCGP isn’t saying what that will actually accomplish.

The group is also inviting developers to report employment abuse like unpaid overtime. All complaints go directly to the inbox of NCGP cofounder Kenneth Tran, who is the head of publisher Incuvation Games. The group has not specified what kind of legal action it will take, but it claims it will publish a quarterly list of companies it has cited along with the reasoning.

“We made this decision in response to the current crisis regarding the expansion of loot crate economies and concerns about unregulated online gambling,” reads the NCGP’s first press release. “Games are not represented or understood in the modern political and judicial world, and that needs to change.”

The NCGP’s thinktank wing claims it has connections to policymakers in Washington. If that is actually the case, it could bridge the gap in understanding between gaming fans who believe that loot crates are gambling and government officials who have to do something with those complaints.