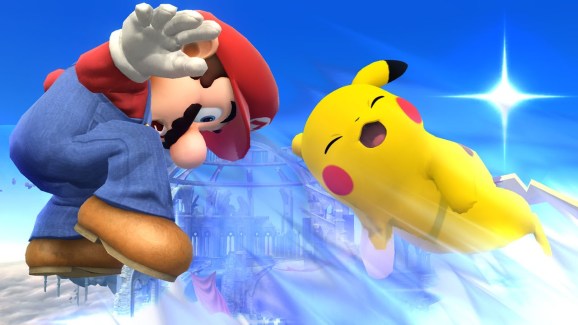 Mario is on the ropes.

Pokémon passed a huge milestone on November 25: 300 million games sold. This includes all of the core role-playing games (like Sun and Moon) and spinoffs, like the fighter Pokkén Tournament. For comparison, that puts it 50 million ahead of the Grand Theft Auto and Call of Duty series, which has both sold 250 million games each. In fact, only one name is above Pokémon now: Mario.

The Super Mario series has sold over 311 million games. This only includes the 2D and 3D Mario platformers, the core installments in the franchise. If you count Mario as a more broad series that includes all spinoffs, like the Mario Kart racing games, that number climbs to 529 million. Pokémon has a good chance of at least passing the Super Mario series.

Pokémon has been bolstered by the recent releases of Ultra Sun and Ultra Moon for the 3DS. While these games are semi-sequels on aging hardware, they will still earn millions sales. Every Pokémon game does.

But Mario isn’t slouching either. Super Mario Odyssey came out for the Switch, a newer and more in-demand console than the 3DS, in October. It managed to sell 2 million in its first three days.

But Pokémon has a big play in the future. Nintendo is working on a proper Pokémon game for the Switch. We have no details outside of knowledge of its existence. We do not know when it is coming out. But it will likely be a giant hit. The Switch is a hot system, this will be the first core Pokémon that Nintendo will release for a home console (the Switch is a hybrid that can be docked to a TV or carried as a portable), and Pokémon games always sell well.

Mario could also still have some major hits in the near future. Although Nintendo hasn’t announced either, a new Super Mario Maker and/or 2D Mario game seems likely for the Switch.

It will be a race, one in which Super Mario has a nearly decade head start. But Pokémon could be passing up the athletic plumber in a couple of years (or less).