At Microsoft’s annual shareholders meeting today, CEO Satya Nadella announced that Windows 10 is now on over 600 million monthly active devices. It took the company’s latest and greatest operating system about 27 months to hit that milestone, as first reported by GeekWire.

Microsoft was aiming for 1 billion devices running Windows 10 “in two to three years,” but backpedaled on that goal. The company is inching closer to 1 billion, but at this rate, we would estimate 2020 as the likely timeframe. 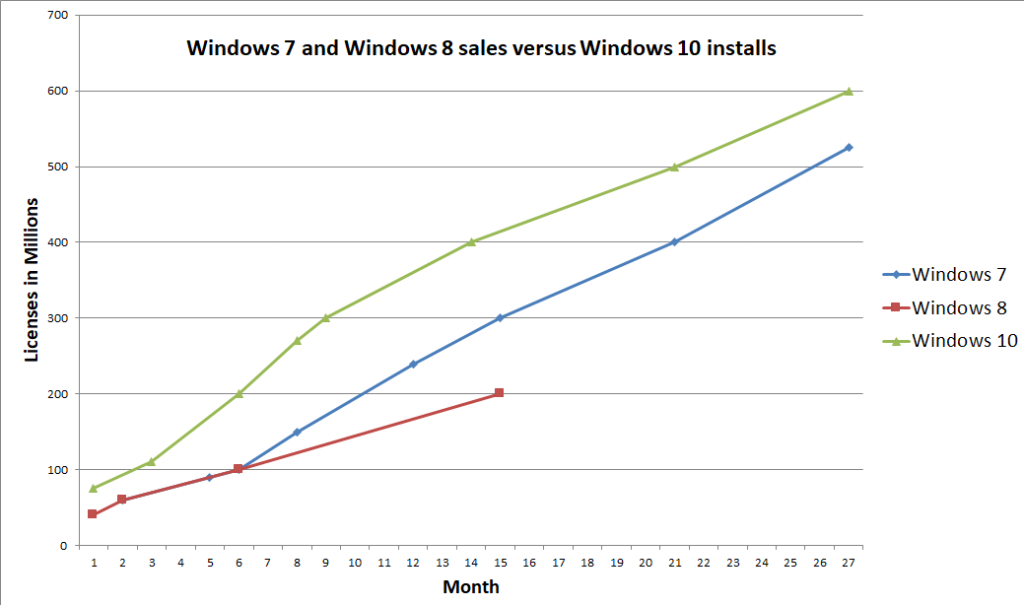 As you can see, Windows 7 and Windows 8 milestones were similar for the first six months or so, though it quickly became clear that Windows 8 was not selling as quickly as its predecessor did. Windows 10 has been ahead of both from the start, though its slope has expectedly flattened just as previous versions have.