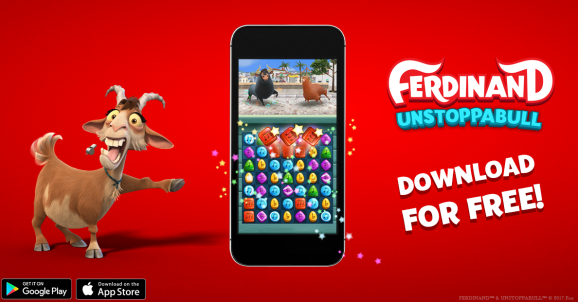 Ferdinand the Bull has his own mobile game.

Finnish game developer Koukoi Games and FoxNext Games are launching the mobile game Ferdinand: Unstoppabull as part of a larger transmedia campaign by Twentieth Century Fox to launch an animated film about Ferdinand the Bull.

FoxNext Games is on a roll in mobile since it decided to put a bigger strategic investment in the game business. Earlier this week, the division of 21st Century Fox Holdings said it would make a mobile game based on The X-Files, another Fox property, to take advantage of what has become a $50 billion mobile game business (according to market researcher Newzoo).

Oulu, Finland: Koukoi Games, which is also the developer of Crashing Season, created the game as a tie-in puzzle game. The Ferdinand movie debuts on December 15.

The iOS and Android title has an auto-play mechanic, and loveable characters from the Ferdinand movie. 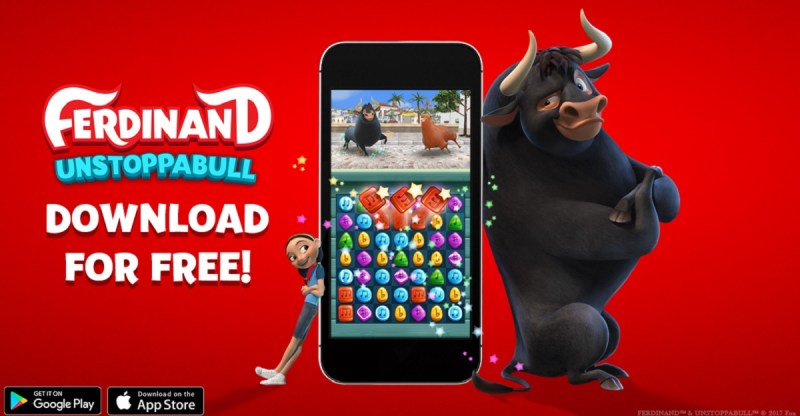 “Ferdinand: Unstoppabull has been exciting project for us, which we have worked in close cooperation with FoxNext Games and its partner studios,” said Antti Kananen, CEO of Koukoi Games, in a statement. We managed to meet the highest standards of quality and take a take on the Match-3 genre, which only shows our capability as a studio. The game is definitely unique, and I’m sure players will be having fun while they’re experiencing Ferdinand’s story through spreading joy and happiness.”

In an email, Kananen said the game combines match-3 (Bejeweled-like) and idle clicker (Adventure Capitalist) styles of gameplay. The idea is both to give movie fans a new way to interact with the brand, as well as to boost marketing for the movie. Kananen said the team worked on the game for about a year.

FoxNext Games jumpstarted its games business earlier this year, but it has worked with game industry publishers and developers in the past to create games based on Fox properties such as Alien Isolation, The Simpsons Tapped Out, Family Guy: The Quest For Stuff, and Futurama: Game of Drones.