The addition of the South Korean team gives KSV control of four major esports teams across games such as League of Legends, Overwatch, Heroes of the Storm, and PlayerUnknown’s Battleground. The common thread is that all of the teams are based in South Korea, where esports is a kind of religion. KSV believes that its focus on the Korean teams will help it become a contender in the global esports market, since the Koreans are so competitive in esports, which is expected to become a $1.5 billion to $2.5 billion market by 2020, according to market researcher Newzoo.

Chou, CEO of KSV in San Francisco, said in an interview with GamesBeat that his team started contemplating how to get a League of Legends team as soon as they formed their new esports startup, KSV. 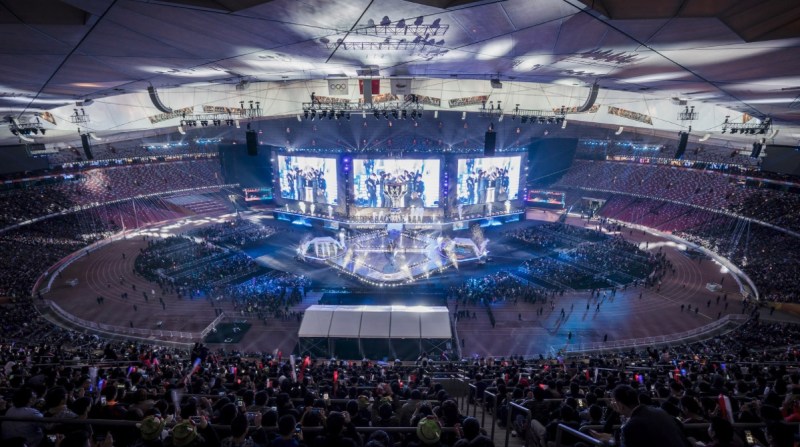 Chou and Kent Wakeford spent years building Kabam into a mobile gaming giant and selling it (in parts) for more than $800 million to Netmarble and Fox. Then, under KSV, they bought the right to a franchise of Blizzard Entertainment’s Overwatch League in South Korea, a hotbed for esports. The price was an estimated $20 million.

“The Overwatch purchase was the beginning, but even at that point, we knew we should figure out how to get into League of Legends,” Chou said. “If we could get both, we knew that would be what is necessary to field a true esports team to compete on a global level.”

Samsung was the sole sponsor of the Samsung Galaxy team, which won the League of Legends World Championship in Beijing three weeks ago. Riot Games’ League of Legends is a multiplayer online battle arena game that is one of the most popular online games in the world. The Beijing finals drew more than 40,000 fans to the physical Olympic stadium, and it was watched by 60 million unique viewers online.

Samsung Galaxy swept the back to back world champions SK telecom T1 in a 3-0 Finals series to win the finals and take home nearly $1.5 million in prize money.

“I’m excited about competing in League of Legends World Championships with KSV,” said Kang “Ambition” Chan-yong, the team captain of Samsung Galaxy, in a statement. “For me, it has been a long road with League of Legends, with some tough challenges along the way. The coaching staff and teammates have always had my back, and we will work our way up to victory once again with KSV.” 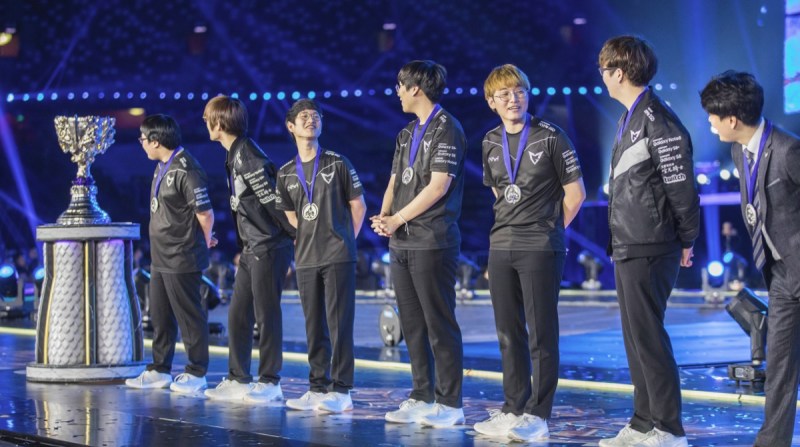 Above: The winning Samsung Galaxy team at the League of Legends World Championships.

In addition, KSV announced the opening of a Shanghai office to support the extensive fan base of all of KSV’s teams throughout China.

Of Samsung Galaxy, Chou said, “We spent a lot of time understanding the market. They have been dominant for a long time.”

At first, Chou thought it would be a longshot to get the team away from South Korean conglomerate Samsung. But his team talked to the advertising agency involved and they started discussions. So far, all of the teams will be based in Seoul, but they’ll move to Los Angeles to get ready for the first season starting in December and January for the various games. KSV will be renamed later as a consumer-facing brand, Chou said.

“Esports is the wild wild west when it comes to financial management and valuation,” Chou said. “Our business case is unique. We are not trying to be a me-too company. The Korean teams are strong, but they haven’t tried to do media or sponsorship on a global level. Samsung was the only sponsor for the Galaxy team.” Chou said his company is in discussions with more sponsors.