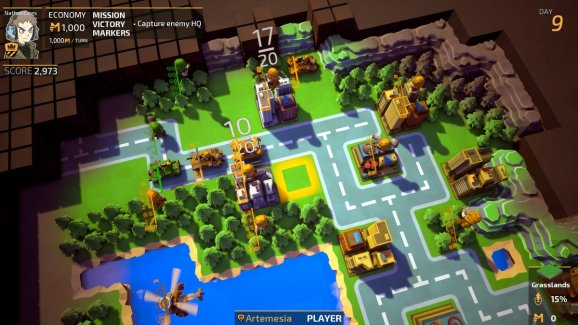 Nintendo isn't making Advance Wars, so maybe this will fill that cap.

In terms of big, anticipated video game releases, 2017 is over for most people. But I’m personally looking forward to the launch of Tiny Metal, which is a turned-based military tactics game that has a lot in common with Nintendo’s Advance Wars games. What’s especially interesting about this game, which debuts December 21 for PC, Nintendo Switch, and PlayStation 4, is that Sony is publishing it. But not Sony Interactive Entertainment.

Sony Music Entertainment Japan has launched a new gaming label called Unties, and it is publishing games for more than just Sony platforms. Tiny Metal is Unties’ first game, and the company is launching it on PC and Switch at the same time as the PlayStation 4 version. I’ve reached out to Unties to ask what its relationship with Sony Interactive Entertainment is like, and I’ll update this post with any new information from the company.

Sony is a huge corporation, and Unties is focusing primarily on indie-game publishing. By operating as an SME group, this publishing label can work with startup studios like Tiny Metal developer Area 35 without having to worry about how this affects the PlayStation platform.

“Recent progress in the game development world has made it possible for even small-scale production teams to create high-quality games,” reads an Unties press release. “Unties hopes to unearth high-quality titles like these and utilize SME’s vast entertainment business wisdom in order to expose them to as many consumers as possible.”

Unties is also promising to help developers with public relations and to launch games across multiple platforms. The publishing label is also taking a Japanese approach. While the company acknowledges that the indie-game movement originally bubbled up out of North America, Tiny Metal is a Japanese game. Indies from Japan do not have as much experience launching their games globally, and Unties is helping to facilitate that process.

All that said, it’s still weird to see a Sony division putting games out on Steam and the Nintendo eShop. But I’m not complaining because if Nintendo won’t make a new Advance Wars, at least Sony will help to remedy that. And I expect Tiny Metal to keep me busy on my flight back to my home state this holiday.