Discord is one of the fastest growing gamer software tools. It has 87 million registered users and more than 14 million daily active users. That’s a ton of engagement, and the company plans to keep its momentum into next year by delivering even more features and improvements.

Since the start of 2017, Discord has introduced a number of important upgrades. The service now has search, video chat, and screen sharing, which are things it promised at the end of 2016. Discord has also launched verified servers and “rich presence” integration with games. All of these solid additions to the Discord experience continues to attract new users at a rapid rate.

“In the six months since we last announced how Discord is doing, we’ve gone from 45 million to 87 million registered players,” reads a Discord blog post. “We expect to hit 90 million by the end of the year. That’s a whole lotta growing.”

Discord detailed some of that growth in an infographic, which you can checkout for yourself: 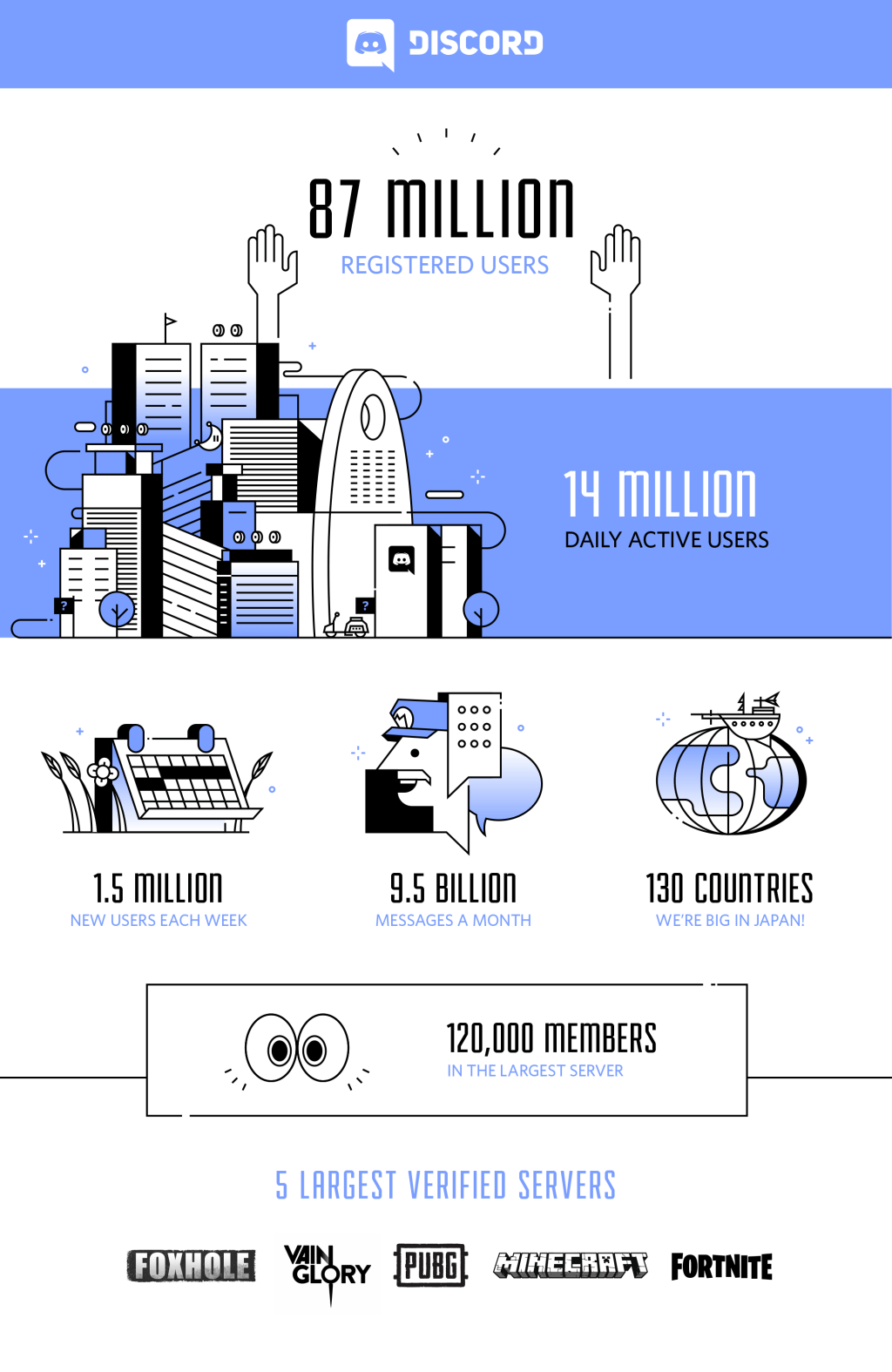 But Discord isn’t just looking backward, it is also talking about how it plans to dominate next year. The company went over some of the features that it is planning to tackle first. Those include improved server stability and voice quality, an upgraded overlay, and more support for Rich Presence.

With some of the bigger additions, like video calling, out of the way already, Discord is free to spend 2018 on some smaller issues in the background. That could mean fewer server problems and other quality-of-life tweaks.