The excitement and hype around cryptocurrencies and blockchain has come to gaming. Startup Crycash and game publisher Crytek have teamed up to create a new currency for gamers that aims to bring the advantages of cryptocurrency to game purchases, advertising, and rewards.

Crycash is launching a new token sale, or initial coin offering, on December 12 for its Crycash currency. It will raise money from investors for its decentralized ecosystem of products for gamers that includes several different initiatives.

One of them is called Plink, which is a wallet and reward system for gamers. Players who complete certain tasks in games or view ads can be rewarded with tokens, which can be used to get in-game items. Crycash will create a Plink app that players can use to communicate with each and manage their tokens, and Plink will allow players to monetize their play time. The app serves social features, like helping you track what your friends are playing and joining them in a game.

Crytek, the developer and publisher of games such as Far Cry and Crysis, will use the Crycash platform as an advertising service to attract new players to its current games such as Warface. It will kick off the effort by integrating Crycash into its Warface Turkey game in the first quarter. But Crycash won’t be solely tied to Crytek, as it will seek partnerships with other game publishers as well.

Wachtang Budagaschwili, Crycash CEO, in an interview with GamesBeat that Crycash will also become a platform for gaming tournaments, esports better, and other events. Budagaschwili is a former business development officer at Visa Commerce Solutions, and he resides in Berlin. 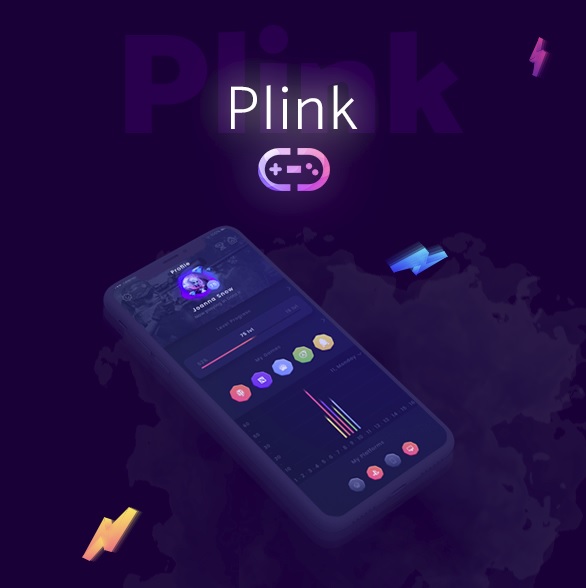 Above: The Plink app will use Crycash.

“I’ve been in the payments industry for six years trying to solve monetization issues for games, and that led to the Crycash idea,” Budagaschwili said. “We think this will help game developers solve problems like user acquisition and help gamers. We’re glad that we have been able to partner with Crytek as our first customer.”

Budagschwili said that the cryptocurrency must be stable in order to be useful as a payment method.

Valve’s Steam service announced yesterday it would no longer accept Bitcoin as a payment method for games because it fluctuates too much and because of its $20 transaction fee. The transactions also take a long time to close. High Fidelity, Philip Rosedale’s virtual reality startup, came to the same conclusion.

Crycash will spend 80 percent of its profits to buy back the currency to keep it from being volatile.

Faruk Yerli, managing director at Crytek and one of its cofounders, said in an interview that Crytek likes to embrace new technologies before they become mainstream, and that’s how its games have been played by more than 50 million players worldwide. He said the company received a lot of pitches about cryptocurrency, and it found that the Crycash proposal was the most credible.

“You go to a performance marketing agency and pay $5 or $10 per user, and you never know the quality of those users,” he said. “With Crycash, you can set goals for the players to achieve certain milestones in your game before they get the tokens. They fulfill the objective, and their receive their rewards in Crycash. That’s brilliant.”

Blockchain is more trustworthy because it’s difficult to hack due to its decentralized and transparent nature. It serves some of the same purpose that digital rights management (DRM) served in earlier years.

“It is written in stone,” Yerli said. “No one can delete it. This is the beauty of it.”

He also noted the drawbacks of embracing currencies such as Bitcoin, as noted above. And he said it will be a big benefit for all if transactions can be completed instantaneously.

“We have revenue sharing arrangements, and this makes it easy to distribute money to the vendor,” Yerli said.

Budagaschwili said he recognizes a number of cryptocurrency ICOs have been accused of being scams, but he said his company will demonstrate soon that it has a working app that shows how to the Crycash ecosystem will work. Yerli said that once the system is proven in Warface Turkey, it can be expanded to other regions. Yerli also said that he knows ICOs have a mixed reputation as well, so he investigated the people behind Crycash.

Crytek hasn’t had the easiest time lately, as it sold off one studio and it shut down others to preserve money to keep afloat.

“For us, this is not a money-driven deal,” Yerli said. “We are looking at this for its long-term potential.”