Google is launching its Change the Game program, a diversity initiative for starting a dialogue about women who play and make mobile games. It also partnered with market researcher Newzoo on a study about people’s behaviors when they play games on their phones.

Change the Game will focus on women who are playing mobile games as well as to jumpstart more careers for them in the game industry. To the former point, it has released a trailer that it’s calling an “anthem video” to showcase the diverse range of women who play games. Google Play is also spotlighting a collection of games starring women protagonists, such as State of Play Games and Noodlecake Studios’s Lumino City and Camouflaj’s République.

According to the Newzoo study, 65 percent of women between the ages of 10 and 65 play mobile games. These stats are out of the 3,000 people who participated in the study, 2,000 of whom identified as women and 1,000 as men. Though a high percentage of women play games, Google product marketing manager Mathilde Cohen Solal said a disconnect exists between how men and women approach their experiences.

The study also says that most of the women thought only 30 percent of mobile games are made “for them,” though it’s not entirely clear what that means exactly. The study isn’t conclusive, and Solal is cautious about assigning cause or correlation to its findings. Change the Game intends to continue doing more research to look at different behaviors, demographics, and geographic regions.

“What we’ve realized is that everything is interrelated,” said Solal. “It’s very hard to find one cause of the behavior, of something that’s happening. What I would say is something that—a hypothesis we’ve talked about with a lot of experts is there’s a kind of chicken and egg relationship.” 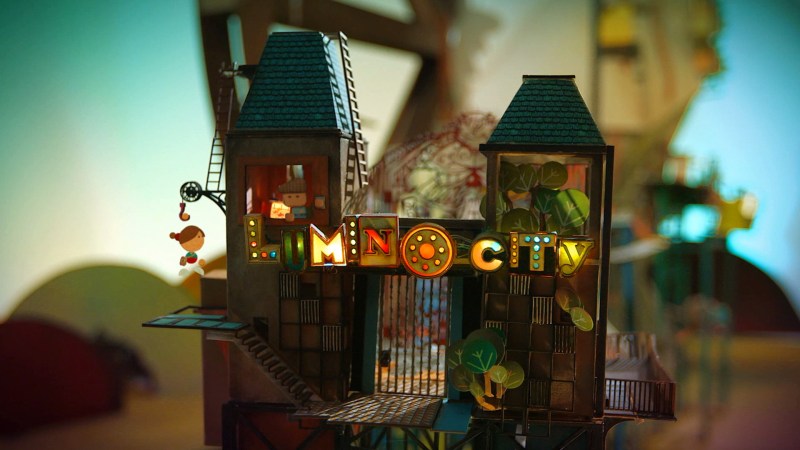 Above: State of Play Games and Noodlecake Studios’s Lumino City, one of the games featured in Change the Games’s collection on Google Play.

The underlying implication is that women may feel that mobile gaming isn’t welcoming or inclusive. Change the Game is trying to ease player perception with its anthem videos and collections, but it’s also approaching the developer side as well.

“To support the creation of more inclusive games and storylines, we’ve partnered with Ideas United to launch a development program for emerging game designers,” said Google’s product marketing manager Kate Brennan. “We asked them to pitch us a mobile game concept that would resonate with underrepresented audiences and we’re spending the next few months bringing those games to life.”

Google is also working with Girls Make Games and Made With Code, both organizations that help girls learn programming and game design skills. It’s the last piece to complete its pipeline of getting more girls involved with games, more women to join the industry, and folks to feel more welcome to play.

“For right now, we’re looking at initially getting people excited about and involved with the process of game-making, that initial first step,” said Brennan. “Retention is definitely something we’re thinking about, but haven’t explicitly looked at right now. I think both of the programs do a good job of showing an entry-level overview of the games industry as a whole. Something we like to highlight is it’s not just coding. It’s also music direction, art design, a whole plethora of jobs within the gaming industry that young girls can get excited about.”

The Change the Game initiative is still new, so it hasn’t revealed many of its future projects. However, Brennan says that it’s incredibly necessary.

“Right now, knowing that only 27.8 percent of the industry identifies as women or trans or marked ‘other,’ that’s really important,” said Brennan. “Increasing that will lead to more inclusive work environments, and also more games that are telling stories that appeal to many different people. Ultimately we do believe that gaming has the ability to move people, to tell fantastic stories, to get people involved, to build empathy.”

“Basically, we found in our research that the great thing about mobile games today is that they’re way more diverse than ever before,” said Solal. “There are a lot of new people playing. But the industry as a whole – and we are part of that industry – still isn’t keeping up with that.”