Owlchemy Labs just showed off its next virtual reality title: Vacation Simulator. The company, which made the big VR hit Job Simulator, made the announcement tonight at The Game Awards, the big awards show for gaming in Los Angeles. 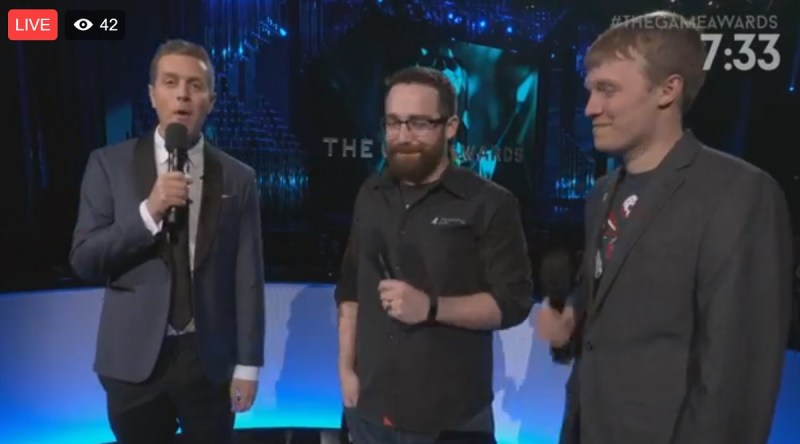 Above: Geoff Keighley with the makers of Vacation Simulator.

“It’s a natural progression. After your job, you go on vacation,” said Alex Schwartz, cofounder of Owlchemy, which Google acquired in May.

The VR game will debut on all the VR platforms.