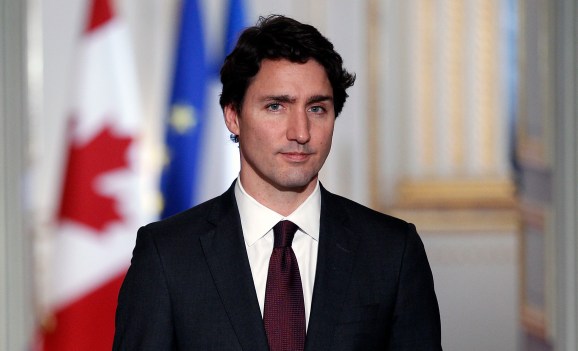 My Canadian boyfriend is handsome and loves games and is the prime minister! I'm going to visit him during summer break!

Image Credit: The Office of the Prime Minister of Canada

Canada has done a lot to facilitate the growth of its game-development industry, and that passion apparently goes all the way to the top. On Twitter today, Canadian prime minister Justin Trudeau posted a congratulations to Studio MDHR for winning two categories during The Game Awards event last night for Cuphead. The gorgeous run-and-gun platformer won Best Debut Indie Game and Best Art Direction. Microsoft published it, and it is available on PC as well as Xbox One (read our review).

Not to make this about America, but I’ll just point out that some other national leaders used their time on Twitter today to ask their fellow citizens to vote for an accused pedophile.

Trudeau’s comment shows just how important that country takes its gaming industry, which it should due to how many high-paying jobs it produces in cities like Vancouver and Montreal. Publishers like Ubisoft and Electronic Arts have multiple major studios in Canada. In total, Canada has nearly 500 registered game-development companies that employ more than 20,000 people. These businesses contribute nearly $3 billion to the country’s gross domestic product, according to The Entertainment Software Association of Canada.

Gaming companies don’t just spring up in Canada by accident. The government has multiple programs to support and fund studios. Many provinces have favorable tax laws for developers, and smaller teams — like Studio MDHR — can get government grants from the Canada Media Fund.

The CMF has awards around $350 million each year to various media efforts, and anyone making games in the country can apply. This enables people to have enough money to eat and pay rent while building a game. This has contributed to pockets of deeply experienced developers in cities like Montreal, which in turn attracts major publishers seeking out both talent and a conducive business environment.

Trudeau’s tweet, which he also posted in French, shows that the country wants to take pride in the internationally successful media that it creates. So you can probably expect more games to come out of Canada for the foreseeable future.