Media Molecule’s Dreams for the PlayStation 4 will have a story mode that will combine three different universes. Sony made the announcement tonight at its PlayStation Experience event in Anaheim, California.

Siobhan Reddy of Media Molecule said onstage that the story mode was created with the tools that the team created for making Dreams. Users will be able to take those tools and make their own Dream worlds. In the meantime, the developers have been using those same tools to create the scenes that will ship with the game as well as the story mode.

“It was taking these three different settings and weaving them into an interwoven narrative,” Reddy said. 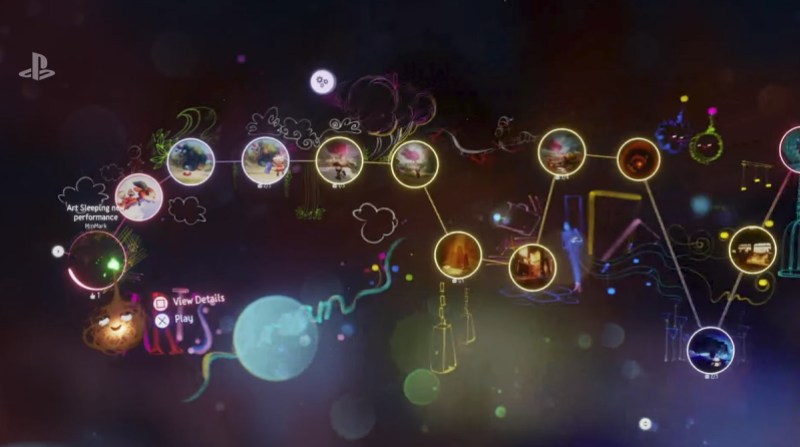 Above: A map of Art’s dream.

She said Dreams is so much deeper than LittleBigPlanet, Media Molecule’s previous do-it-yourself game. The main character is Art, and the story is about his dream. One of the universes is a film noir setting, pictured at top. Another is a childhood fantasy, and one is “debug,” with a sci-fi theme.

The game will have a beta test, and it will release in 2018. But Reddy said she had no date for the beta yet.

“We know our community is desperate to get into the beta,” she said.