The Tigertron studio unveiled its debut game, Jupiter & Mars, at Sony’s PlayStation Experience event tonight. It’s a single-player virtual reality puzzler set in a future where humanity is now extinct — however, its influence is still felt in the world’s oceans. Tigertron developed the title in partnership with Australian studios Tantalus Media and Wicked Witch Software, and it’s slated to release on PlayStation 4 and PlayStation VR in May 2018.

Jupiter and Mars are two dolphins who are attempting to save the ocean’s reefs and its ecosystem, which have been thrown out of whack by the toxic machinery that humanity left behind. On their quest to shut off the industrial equipment, they receive help from whales known as the Elders. The player will mainly control Jupiter, with Mars along as an AI companion. However, you’ll be able to direct Mars to interact with parts of the environment and to help you with puzzles.

Ex-journalists James Mielke and Sam Kennedy founded Tigertron in 2015 with a mission to create games tackling real-world issues. Now it’s honed in on the environment as a crucial issue to address. It’s committed to donating part of its profits from game sales to environmentalist organizations, and it also plans to collaborate with conservation groups to ensure its games are scientifically accurate.

“So in this case we’re focusing on the topics of climate change and how it’s affecting the polar ice caps, species extinction, and rising sea levels,” said Mielke in an email to GamesBeat. “The game also reveals the consequences of the tremendous amount of plastic pollution we’re just dumping in the oceans. So the groups and organizations we donate to will be the ones making strides in these areas.” 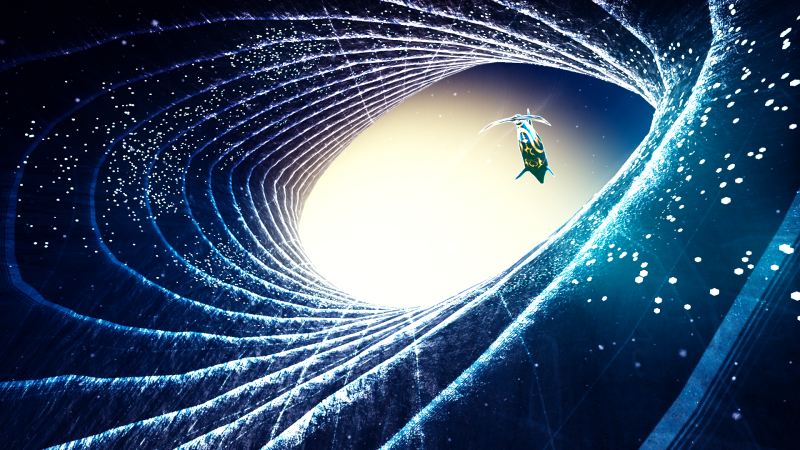 Mielke has always been passionate about environmental issues, and when he had kids, he began to really think about what the future would look like and how the environment would affect them. He points to two films by the Oceanic Preservation Society, The Cove and Racing Extinction, as big inspirations for the way they used multimedia to talk about important topics.

“So instead of leaving the game industry to wander off and become an environmentalist with no practical experience in his 40s, I decided to use my game industry experience to try to create games that take these themes, and create compelling worlds with them,” said Mielke. “Fortunately I found a like-minded partner in Sam Kennedy, whom I worked with at Ziff-Davis Media for 10 years. We don’t need to create games in space, on other planets, or in other galaxies or universes to be interesting. Our own planet is inspiring enough, and we may have an environmental theme to our efforts, hopefully people will see that our games will just look really cool. That’s the first step in getting people interested.”

Before starting the studio, Mielke was the coproducer of the rhythm action game Child of Eden at studio Q Entertainment. He also produced the PlayStation Vita musical puzzler Lumines Electronic Symphony. He’s the former editor-in-chief of Electronic Gaming Monthly and 1UP.com, which Kennedy launched along with Gaming-Age.com, the predecessor to well-known game forum NeoGAF. In his 20 years as part of the industry, Kennedy was also a director at IGN.