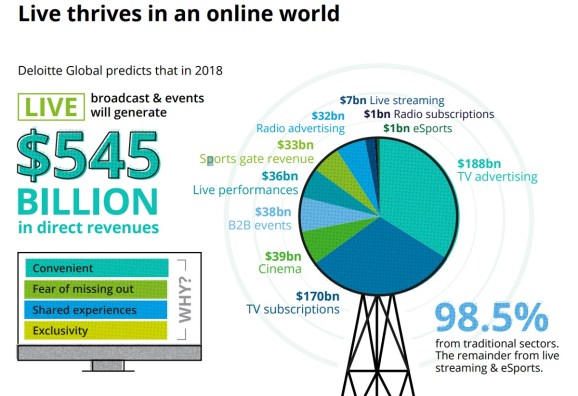 Accounting and tech consultant Deloitte released its predictions for the technology industry in 2018, covering topics from the growth of augmented reality to the triumph of live programming on the Internet.

“We have reached the tipping point where adoption of machine learning in the enterprise is poised to accelerate, and will drive improved business operations, better decision making and provide enhanced or entirely new products and services,” said Paul Sallomi, vice chairman of Deloitte, in a statement.

Here’s the nine major predictions and the explanations for them: