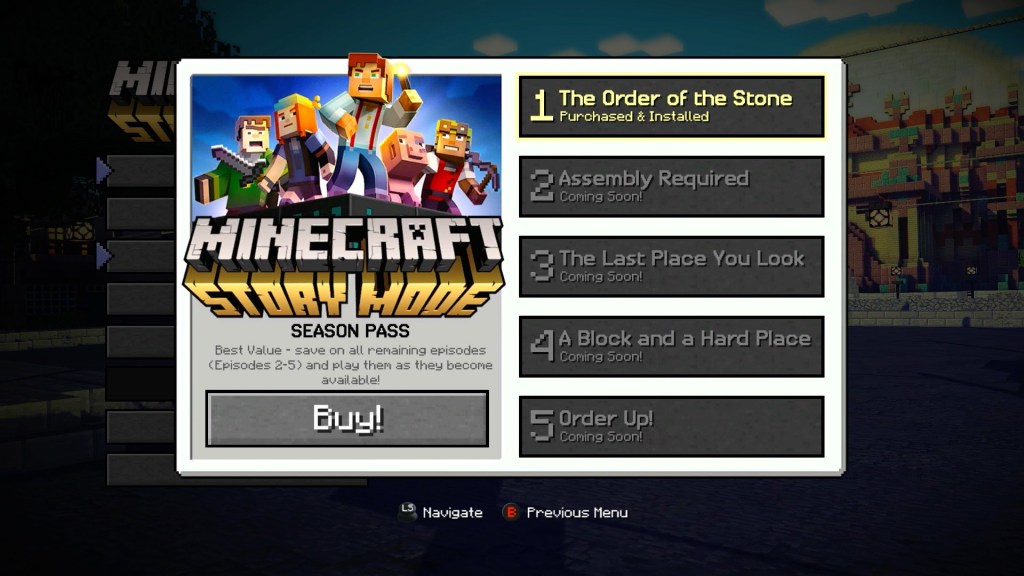 GamesBeat: Were 2017’s results less than what you guys had expected in some way? Did you have a combination of hits and misses? Or was it the overall audience declining? What made the company realize that it had to take some action?

Hawley: If you’re going to hire someone like me — I’m not one for the status quo. The games have been successful for the last five years, but this year I’d say — I wouldn’t say misses. We’ve generally seen strong revenues. We’re in a great position as a company. But in the end, some of what we signed up for just doesn’t work quite as well for us as some of the other choices we’ve made.

I said to the team, “I think we’re more Netflix or HBO than we are Hollywood.” Our game choices should reflect that. If you look at Wolf Among Us and Walking Dead, that’s some of what we’re going to get back to. That’s when Telltale is at its best, when we have real control and agency for the player and over the characters in the stories we tell. If you work with larger IP, you’re often very restricted. You have 50 or 60 years of expectations as far as who and what that is. We’ve been at our best when we hand control over to the player as far as the story and the destiny of the characters around it, the life and death choices they’re asked to make.

GamesBeat: Is it fair to say that we might see fewer things like Batman and more things based on newer IP?

Hawley: Yeah, for sure. We’re very proud of Batman. Some of the more recent reviews have said it’s the best treatment of the Joker as a character they’ve read for decades. I think we’re still doing great work. It’s done well for us. But really I think we’re best when we get back to the grittier, deeper, darker side with some of the IP we’ve worked with, and when we’re given real freedom of choice. We’re not playing in worlds or with characters that have very specific sets of rules and ideals and approval processes around them. We have more freedom when we take our own path. 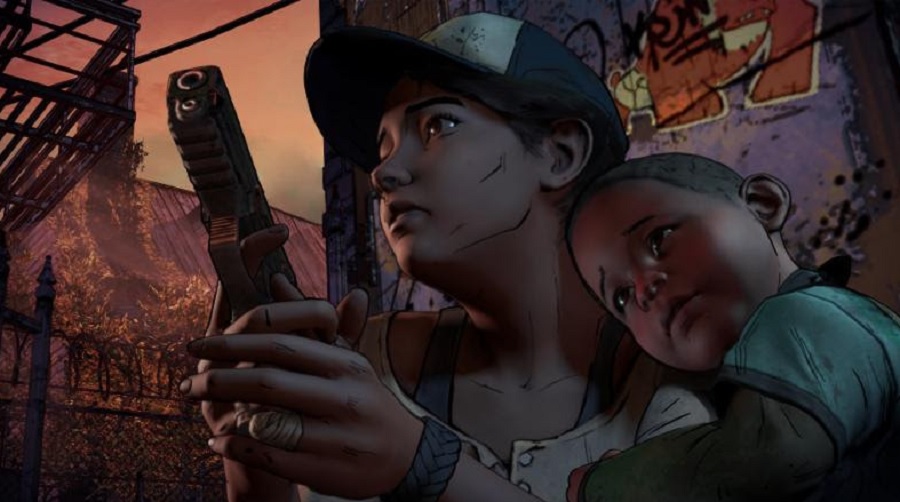 Above: Clementine is a gun-wielding character in season three of Telltale’s The Walking Dead.

GamesBeat: How many people do you have now? About 250 or so?

Hawley: 250 people, yeah. We’re building three games in the traditional way, and we have a big deal to announce next year for something a little more radical, which we’re super excited about. We’re going to make those four products next year, and then more third-party, which has been really successful. We’re 250 people, but we’re quite unique in that we’re a small private company, and we’re a developer and publisher. We have very good relationships with our publishing partners. We’re going to be funding and working with external teams to do more work there as we’ve done in the past. While not moving away from what we are as a company. We’re not going to start publishing first-person shooters.

GamesBeat: Has Telltale used those outside third parties much before?

Hawley: Yeah, we had great success publishing Seven Days to Die. That was a successful PC game and still is. We developed the console versions and published those. They’ve done incredibly well for us. Not story-based games in the traditional sense, but we love doing third-party deals with small teams that have seen success in certain areas, whether it’s Steam or others, and helping them get to other platforms because of our publishing relationships and distribution and marketing. We’ll be doing more of that over the next couple of years. Small teams who’ve built great games need to find an audience. 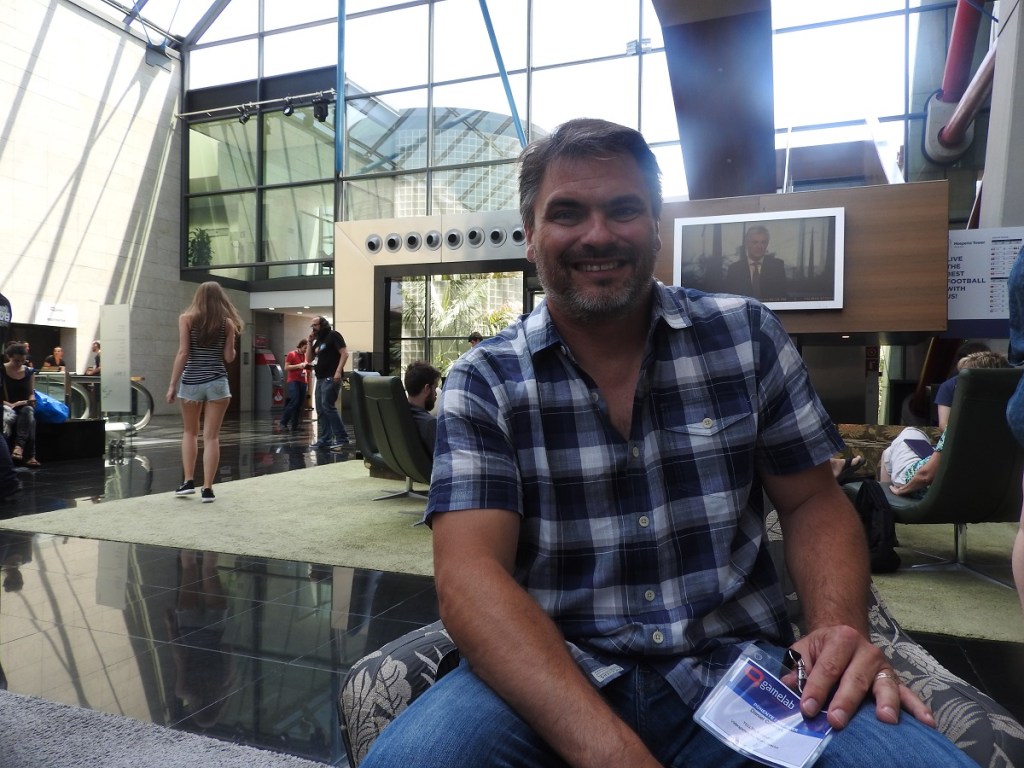 Above: Dan Connors, cofounder of Telltale Games, at Gamelab in Barcelona.

GamesBeat: As far as working with [former CEO] Dan Connors, what are you doing now? How have you figured out some of the roles here?

Hawley: Dan’s been great for me in the first couple of months, transitioning into this role, learning some of the history and the choices. He’s also been great at reminding me, hey, this is what was great about season one of Walking Dead and some of the other work we’ve done when we’ve been at our best. He’s helping me understand that DNA. I treat that with a great deal of respect. I’m not here to do anything radical.

Dan’s been great. He remains on the board. He doesn’t come to the office day to day, week to week, like any other of the board members of Telltale, but he’s there as a very helpful partner I can reach out to for support. He’s transitioned to the board set and he’s been very positive. I’m now in the office, I’m the CEO, and that’s it.

I respect the history and the time that’s passed, the successes we’ve had — you’ve known me for a while. I always think about the future, the go-forward, the people that are here, the games we’re making, the innovation, the things we’re going to do with the deals we’ve signed recently. I’m all about the future. I’m trying not to dwell on the past. But Dan’s been a great help in reminding me of what the company is about and when it’s been its best.

GamesBeat: You mentioned mobile, which hasn’t been your biggest platform. PC is traditionally the biggest, right?

Hawley: PC has been very strong, yeah. Console, particularly PS4, has been very strong for us. We have a great audience on mobile, though, and good revenues. Apple and Google do great work for us featuring our games. They love our games. There are some challenges for us there, especially the fact that our games can be as much as a two-gigabyte download. But to be fair, since we transitioned our tech with Batman, we didn’t really help ourselves as far as mobile.

While mobile isn’t a huge part of the business now, it’ll be much more in the future regardless of those file sizes. We can do a much better job as far as international. Crash rates and performance, how players interact on mobile, treating mobile as a really important separate platform — there’s more we can do there, for sure. 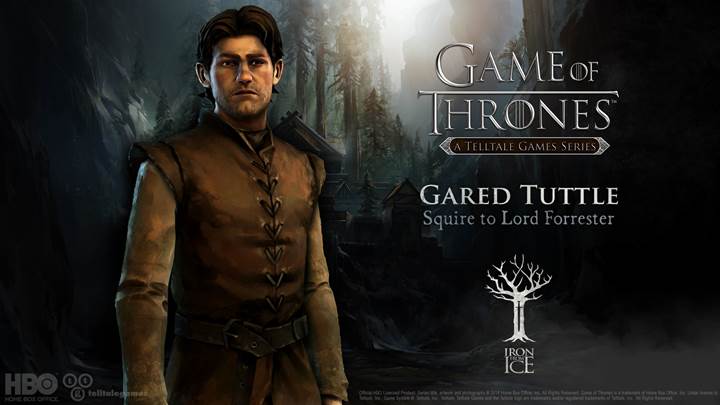 GamesBeat: What have you learned from the fans? Did they have a certain reaction to the layoffs? Have they given you some interesting feedback?

Hawley: They have, yeah. My Twitter feed is certainly more interesting than it used to be. [laughs] I listen to everyone. Since I got here we’ve improved our player support in terms of Zendesk and the folks that run that system. We’re getting closer to our players on social networks and through our ticket system. That was a huge part of my job for the last eight years, and it’s one of the first things we looked at.

Generally, I find that as far as feedback, players don’t care about how you’re running the business. They’re not really that interested in any news related to a layoff or whatever. But they do want to see us getting back to our best work and releasing quality software that’s bug-free and not frustrating for them. We’ve done a disservice to our players over the last few years. A lot of them have been really frustrated with some of the experiences they’ve had. When you’re doing too much and you’re working pretty much at threshold, it’s difficult to have that time to do that well and support them. The team’s done well given the circumstances, but we’re a small company.

I get a lot of feedback from players saying, “We love the story, it’s some of the best work you’ve done, but you just have to spend more time on quality. Less bugs. Less crashes.” We’ll be focusing on product quality when we release. That’s been the majority of the voices. And then obviously a huge amount of inbound about what they wish and hope we would work on next. That’s always a cool thing. It’s a quite unique position, when players can say, “Hey, this TV show or this movie should be a Telltale game.” Everyone understands what that means. I get a lot of inbound about what they’d like us to work on next. It’s pretty interesting.

Hawley: Yep, I’m pretty busy. We’re super excited about next year, particularly some of the new stuff we’ll talk about soon. Getting into 2019 we’ll have some new IP to talk about, some original IP, and new gameplay too. The next couple of years, we’ll be locking in the road map soon and we’re really excited about it. Just took a couple of months to dig into the business and fix a few problems based on the last five years, but I think we’re in really good shape.

GamesBeat: Would you like to talk about anything else?

Hawley: People may be looking at us and thinking we’re in trouble, but in the end, we’re looking to the future. We’re super excited. I just think we had to take this time and opportunity to pause the production line, take some time out, re-establish who we are and what we’re great at, and take some more time and investment to get back to our best. I’ve spent some time collecting some pretty negative inbound, so I wanted an opportunity to talk about the position we’re in and how good we feel about the future.