Jam City has signed an agreement with Warner Bros.’ game division to make a mobile game dubbed Harry Potter: Hogwarts Mystery, a role-playing game based on the wizarding world of J.K. Rowling.

The RPG will be set at Hogwarts School of Witchcraft and Wizardry, where fans can choose their own path as a student at the school. The title is a big one for Los Angeles-based Jam City, which has begun to focus on big brands for its games as the $50 billion mobile game market becomes increasingly competitive.

Warner Bros. Interactive Entertainment has licensed Jam City to make the game under a new label, Portkey Games, which is dedicated to creating gaming experiences inspired by the magic and adventures of J.K. Rowling’s Wizarding World.

“We feel this is among the biggest and best intellectual properties in the world,” said Josh Yguado, president and chief operating officer at Jam City (and a speaker at our upcoming GamesBeat Summit 2018 event in April), in an interview with GamesBeat. “It’s also one of the least-exploited IPs in the mobile game space, and we love that. We think people are going to love it.” 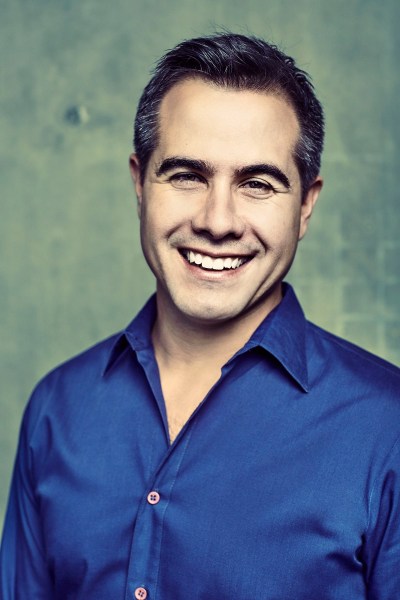 The game will debut will next year for mobile devices via the App Store, Google Play, and the Amazon Appstore. Yguado said the target is a spring launch, and he said the team has already been working on it for two years. Rod Humble, a former EA executive who worked on the Harry Potter console games at that company, is running the Harry Potter team in San Francisco for Jam City.

“We are very familiar with the action gaming approach that EA took in the past,” Yguado said. “This is much more story-driven and RPG-like. It is not a twitch game. We wanted to explore the player motivation, and really feeling like you are a student.”

Yguado said the new game will let Harry Potter fans live the dream of becoming a student at Hogwarts by creating their own character and progressing through their years at Hogwarts. Along the way players will participate in all of the magical classes and activities — like Defense Against the Dark Arts, Potions, Dueling Club, and more. The game will also include familiar professors from series, from Dumbledore to Hagrid, he said.

“Harry Potter: Hogwarts Mystery is a mobile gaming experience inspired by J.K. Rowling’s spell-binding lore, and it will be an exciting, fun way for fans to experience the Wizarding World,” said David Haddad, president of Warner Bros. Interactive Entertainment, in a statement. “It is great to work with Jam City on the game, as the company has a proven track record of bringing rich, beloved worlds to players of mobile entertainment.”

Jam City was founded in 2010 by former MySpace cofounders Chris DeWolfe, Aber Whitcomb, and Yguado, a former 20th Century Fox executive. The company is the creator of popular and top grossing games including Cookie Jam, Panda Pop, Family Guy: Another Freakin’ Mobile Game, and Marvel Avengers Academy among other titles. Jam City has more than 500 employees.

The Harry Potter books have sold more than 450 million copies, and the films have grossed more than $7.7 billion at the box office.

“It’s safe to say this is going to be a very different experience from what you’ve seen,” Yguado said, and it will be very different from Niantic’s upcoming Harry Potter location-based mobile game. “This is a labor of love. We have spared no expense. Harry Potter fans have a high bar. We wanted to get this one right.”

Yguado said Rowling and her creative team loved the idea when Jam City pitched it to them a couple of years ago, and the parties, including Warner Bros., have stayed in close touch during development. Jam City beefed up its writing team in particular to make the new game.

The game takes place before the events of the Harry Potter novels and films. It is a prequel, with some of the same professors but a cast of new characters. The students in particular are going to be new characters, though they may be older siblings of the students that appear in the novels and films, Yguado said. More details will be shared with fans at an upcoming Disney Celebration event in Florida.

“We are writing stories that fit squarely in the world but take it in new directions,” Yguado said. “It’s something fresh for the fans, taking place in the mid-1980s after the Wizarding Wars.”

Warner and Rowling’s team chose Jam City because it had experience with other branded games, such as Marvel Avengers Academy, Family Guy, and Futurama. As for why Jam City pursued the game, Yguado said, “If you look at the entertainment industry as a whole, a lot of big players are trying to establish brands to serve as flagship products. Disney is doing a live action Star Wars TV show to launch a streaming service. Amazon is doing Lord of the Rings to help with its streaming service. There is a trend to invest in established IP to serve as a flagship to get more attention in a crowded environment.”