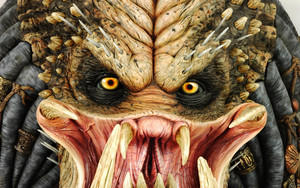 "Hey! Don't be scared! I've given up hunting humans, and I'm a dental hygienist now!"

A visitor from another planet has come to Ghost Recon: Wildlands for the thrill of the hunt, and you are the prey. Ubisoft announced today that it is partnering with FoxNext Games to bring the Predator alien from the Arnold Schwarzenegger movie into Wildlands. The publisher is introducing a special challenge, cosmetic items, and more based on Predator, and they should all hit the online cooperative multiplayer shooter tomorrow alongside its new Jungle Storm expansion.

Ubisoft is one of a handful of companies that support their games with regular content updates, and Ghost Recon: Wildlands continues to benefit from that. The Predator content could get lapsed players to return, which could help Ubisoft sell more microtransactions. For example, I’m definitely going to check this out because Wildlands seems ideal for a Predator-style mission.

In 1987, a year before taking on Die Hard, director John McTiernan debuted Predator. This sci-fi story followed a team of American commandos tracking down enemies of democracy in the jungles of Central America, but this elite crew of soldiers soon finds that they are the prey of an alien hunter. It’s a classic 1980s action flick, and Wildlands already has a lot of the pieces in place to re-create the movie.

Ghost Recon: Wildlands takes place in a Bolivian jungle, and you play as a crew of four elite soldiers. Since it is also an online game, you can maybe even convince Jesse “The Body” Ventura to join your crew. I’m going to send him a letter right now.

The meat of the Predator content is the special challenge. Starting tomorrow and running through early January, you or your squad can take on the Predator in a difficult fight. If you defeat the Predator, you will get exclusive items, and that includes a Predator mask that will give you thermal vision.

So get your crew together, but do it quick because the special challenge is only here until early January. And if one of your teammates goes in loud, well just listen to the wisdom of Mac from Predator.

“I don’t care who you are back in the world. You give away our position one more time, I’ll bleed ya. Real quiet. Leave ya here. Got that?”