Glo has raised $3 million from Alibaba for its location-based virtual reality entertainment stations, and it has also licensed its GloStation technology platform to IMAX for its VR Centre in Los Angeles.

The investment will be used to accelerate content development and global deployment of Glo’s proprietary VR system, GloStation, through licensing, franchising, and self-operational units.

Glo also announced that IMAX has licensed its GloStation technology platform – beginning with its zombie VR experience, Deadwood Mansion – for its flagship IMAX VR Centre in Los Angeles. It will also go into more IMAX VR centers in New York and elsewhere.

“GloStation is a highly interactive, social and thrilling virtual reality experience – making it a perfect fit for IMAX’s location-based VR centres,” said Rob Lister, chief business development officer at IMAX, in a statement. “Customer feedback on the Deadwood Mansion VR experience at our centre in Los Angeles has been fantastic, and we look forward to working with Glo Inc. to bring GloStation to other IMAX VR Centres around the world.”

Glo was founded in 2016 by Steve Zhao to build a “hyper-reality escape room” experience, where friends need to work together to complete an objective and “escape” a room in VR.

“We opened our showroom in Hong Kong late June, and for the next 100 days, we were 100 percent sold out each single day,” Zhao said in a statement. “Weekend tickets are now booking months in advance into 2018. Now, with this new investment, we will be able to scale our proprietary free-roaming VR system GloStation to cities globally. We’re delighted to be working with IMAX to introduce our experience to their world-class VR centres.” 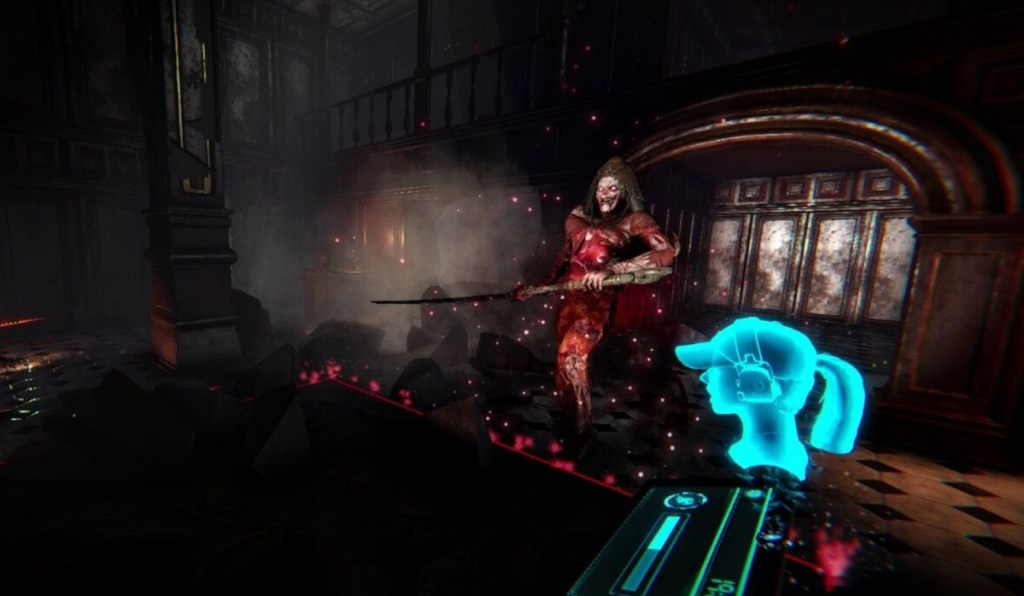 Above: Glo is a new tech for VR arcades.

Glo first experience is Deadwood Mansion, a 30-minute VR experience that immerses a group of friends in the hunt for a deranged doctor accused of illegal experiments.

“GloStation provides a unique immersive VR experience that combines the latest VR technologies with highly social elements. Steve is a successful serial entrepreneur with roots in Hong Kong, and we believe Glo will be a leader in the next generation of Hong Kong startups,” said Cindy Chow, executive director of Alibaba Hong Kong Entrepreneurs Fund, in a statement.