VB: Why not use Bitcoin or Ethereum?

Rosedale: A way to achieve our decentralization goal would be to say, “We’ll just store this certificate information and a currency for High Fidelity on one of these public blockchains.” In fact, we could do that, technically, but a couple of big problems come up.

The thing about a public blockchain we wanted to take advantage of was that the most durable representation of a digital good is one in which there’s no central company that could accidentally or intentionally delete it, if you already own it. This is also true for money, of course, which is what’s compelling about blockchain. It’s a kind of money, or a database record, that can’t be altered by a central agency. It felt, to me, that — again, in keeping with this idea that with High Fidelity we’re trying to build open source, publicly usable software that millions will be using — the financial system and the recognition system as to who owns what would logically be best done as this type of a public blockchain.

The problem with using the existing blockchain is that the settlement time is too long. That won’t work, because if you imagine a transaction in the virtual world, it might be between two individuals face to face. Or you’re buying something from an online marketplace, but you’re standing there waiting for your new car to show up in front of you so you can get in and drive it. Because of the way Bitcoin and Ethereum do their settlements, they impose a long delay and a high fee for each transaction. I don’t know what Bitcoin is over the last couple of days, but it’s probably about $10 per transaction. It makes sense if you’re moving large amounts of money around. But as we know from Second Life, digital goods are typically a couple of dollars. You would have to have a transaction fee — it doesn’t have to be zero, but it would need to be a couple of cents. 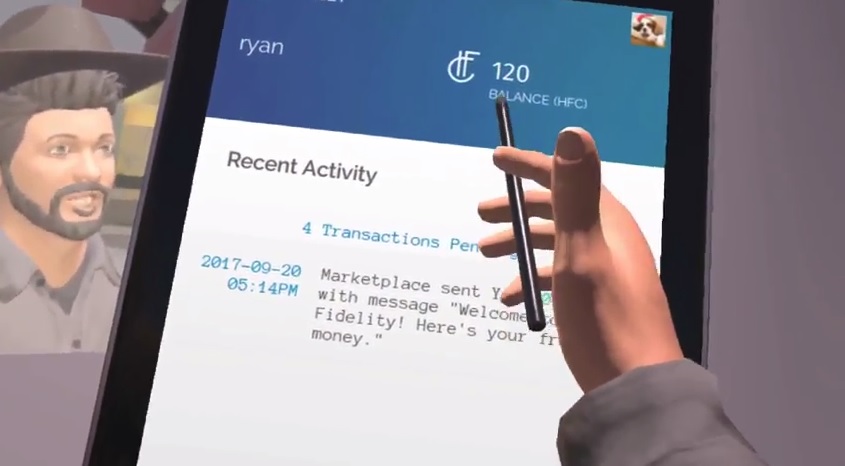 Above: Your transaction is pending.

For that reason, we had to dig into the problem of, Do we use a different blockchain, or do we need to build our own? For the time being, we need to build our own, because there aren’t any blockchains that are up right now that offer higher transaction speeds and lower fees. In the future, as systems like those come online, we may shift over to using those, because the actual blockchain, on the very back end itself, we want it to be as widely used and as generalized as possible. That’s the promise. We want as many people backing up the data, if you will, as possible. But for right now we’re building a blockchain we can deploy and have others deploy as a modification of existing Bitcoin software, modified in such a way that it can have very rapid settlement times and very low transaction fees.

The other complicated thing about a virtual world, and we saw this in Second Life, is that if you want people to use a currency to do things like buy clothes for their avatar, the currency can’t be wildly fluctuating or going up in value. Obviously, if that’s the case, people will just hold and accumulate the currency rather than using it for transactions. That’s what’s happening with Bitcoin and Ethereum in a very public way right now. We couldn’t use Ethereum as a currency because no one would buy clothes for their avatar. Everyone would just hoard it.

For those reasons, we’re creating a different system. We will probably tokenize — as you may have heard before, you can connect one blockchain to another in such a way that you can move a token from our very fast blockchain onto the Ethereum blockchain. That’s not a mechanism we’re deploying next week, but we’ll almost certainly be doing it in the coming couple of months.

That will allow people to do several things: for example, to move the currency they earn from selling things in High Fidelity over to a more heavily used public blockchain like Ethereum, for the purpose of selling it on an exchange market to turn it back into U.S. dollars. The other reason you could imagine as far as why we would choose to use a blockchain like this — if you can make a blockchain currency convertible to other blockchain currencies, then it provides a convenient mechanism for users of virtual worlds to take their money in and out of various other currencies, and we don’t have to do that work. We don’t want to do that. We want to focus on the actual VR software. That’s another reason why we’re taking this particular approach. 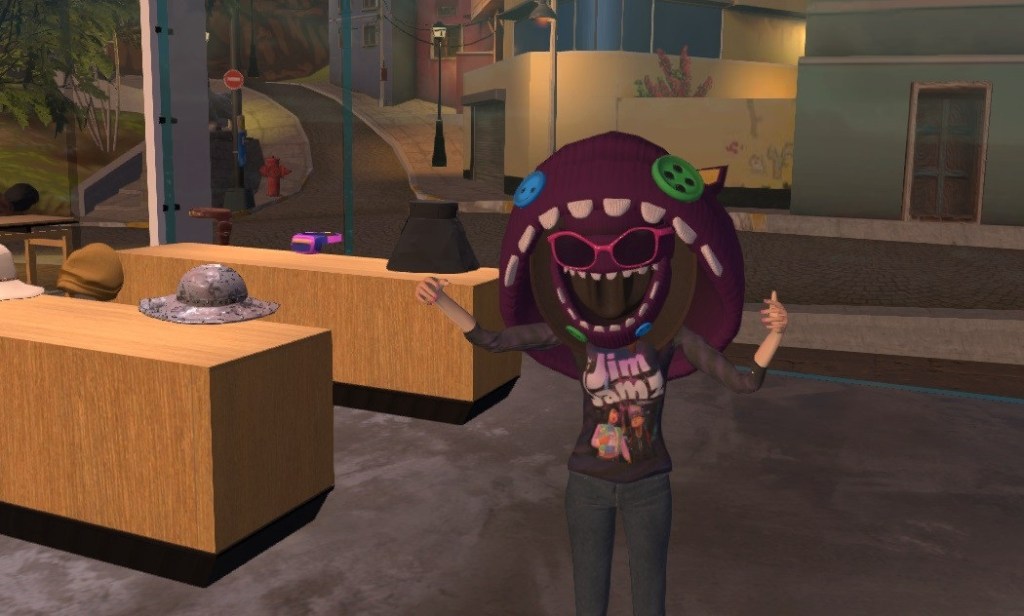 Above: Hmm. What would you pay for this item?

VB: That seems like an interesting decision you would have to make. In some ways, if people are buying currency and they stay inside the world, they do trade a lot of that currency and make a lot of transactions. But if there’s a way to cash it out, they may try to do that, and then go to another game that also uses their own blockchain currency. Are there interconnectedness issues there, some risk that your people might leave you?

Rosedale: That’s a good way of putting it. We’re willing to take on that risk. After studying this a lot, we feel that maintaining the convenience with which you can move cryptocurrencies around and change them into each other has so many more benefits, both to us and to our end users, that they vastly outweigh any attempt we might make to keep money in our system or encourage people to spend it internally versus taking it out and turning it into Bitcoin or something else. We want to enable those transfers in every way that we can.

We’re already in conversations with the various currency exchanges and other services such as wallet providers, working through how to recognize the currency that we’re standing up. It’ll be another token, basically, and another — the most common technical comparison would be to, say, AltCoin, because that’s the expression for the blockchain that we’re actually putting up ourselves. Technically we call it an AltCoin. We’ll also tokenize the currency and make it exist, most likely, on the Ethereum blockchain.

VB: I’ve talked to Tim Sweeney at Epic Games a few times about this. He was saying that if you’re going to build an open Metaverse, which he says is possible in the next few years, you want to do it on blockchain, because it can force each of these individual worlds to be more open through this interconnectedness.

Rosedale: Right. I think specifically, the two simplest things that need to be open to make the Metaverse the most useful it can be for humans are identity — that is, Dean can come to my server for a meeting and prove that he’s Dean — you should be able to do that in a way that’s blockchain-based, never violates your privacy unless you want to — you show me your card at the moment you come to the meeting — and works across multiple virtual worlds. The other thing that needs to move across virtual worlds is digital assets, like the clothes you wear.

That’s exactly what we’re trying to do. We’ve written an open source client and server for High Fidelity. People are putting up those servers. We’re still early in our beta process. We have a lot of work to do, the least of which is this whole commerce system I’m telling you about, but we have about 125 domains up. Those all need to have identity and assets that can be moved around between them. Moreover, we all have to find some sort of standards for the Metaverse, or for virtual world environments — I should be able to take my digital Ferrari and drive it around in Tim’s space. This is the first step toward that, in that we’re trying to establish a currency and a digital asset registry so we can put these certificates on the blockchain.

The other thing that’s compelling about this, I believe it’s an immediately useful use case for blockchain, and in particular for the idea of representing assets on a blockchain. There are tons of startups doing very interesting things, aspirationally, on a blockchain. But a lot of them are quite early. There’s not necessarily a ton of utility yet. But with virtual items there’s a tremendous need for interoperability that’s going to emerge immediately as VR takes off.

For example, right now you have all these different things like Facebook Spaces and Steam’s Home and the Oculus Home. I should be able to take a grandfather clock and put it in any one of those spaces. Moreover, if there’s going to be a vibrant economy around that, I need to also be able to carry along with that digital grandfather clock a proof of purchase of some kind, a certificate that says it’s official. That’s going to be what motivates me to actually buy the thing rather than just use a hack or make a digital knockoff.