Tools like Google Analytics, Optimizely, and KissMetrics were built for the 2D internet, which we’ve accessed through flat screens on laptops and smartphones. However, 2D analytics tools will become irrelevant as the rise of augmented reality (AR) and virtual reality (VR) creates a 3D “mixed reality” internet that overlays our world. Thus, to gain practical insights from user behavior, the analytics tools of the future need to draw data from the real-world 3D space in which users are interacting — and not just the 2D flat screens upon which they are tapping and swiping.

Tracking user behavior across 3D space and time will enable companies to iterate and improve their AR products faster than competitors who lack such tools. This will result in a significantly improved user experience for customers of companies with the right AR analytics tools. In contrast, companies who fail to adopt the right tools and practices will have insufficient quantitative user feedback and be unable to adapt to a 3D spatial internet.

I’ve interviewed four VR and AR entrepreneurs who explain why mixed reality analytics is a rapidly emerging Software as a Service (SaaS) opportunity – and a threat to incumbent analytics companies who don’t adapt and evolve.

An evolution in analytics

Existing analytics tools are effective if you want to track how users are interacting with your 2D landing page or mobile app. However, the range and types of interactions possible in an immersive 3D medium are completely different than those done on a smartphone or laptop.

Ben Peirce is the CEO at Vrtigo, a VR analytics tool for 360 videos. He elaborates on this point that “most analytics companies measure gaze heat maps and gesture data. However, since there is significantly more data available in an immersive experience, it’s much harder to summarize it in a meaningful way. You’ll be drawing user insights based on 3 orientations, 6 degrees of freedom, and 60 to 90 frames per second. Moreover, the gestures that are used in a spatial medium are still being defined. That is, the interactions one would have in a 360 video on a Gear VR headset differ from those on an Oculus Rift or a Microsoft Hololens.”

Peirce continues, “Thus, the best practices for drawing insights from user behavior need to be completely reinvented for the 3D medium. Mixed reality analytics companies that can build cross-platform tools to identify and track the right metrics will gain a competitive advantage moving forward.”

The power of collaborative data visualization

The emergence of collaborative VR tools has made it much easier for 3D designers to build and share their creations in a spatial medium. However, for mixed reality analytics, extracting data from usage is only half the battle. How do you communicate the findings with your team to draw relevant conclusions that you can use for product strategy?

Ciro Donalek is the CTO and Cofounder of Virtualitics, an AI-based, collaborative, data analytics, and immersive platform. He expands on this point that “existing BI software makes it difficult to quickly identify and explain key drivers for the problem in hand using just 2D plots or 3D on a flat screen. It is like describing a detailed movie plot based on a single screenshot from the film. The viewer has to try to understand a complex narrative based on an incomplete rehashing of the story, which will inevitably result in some level of miscommunication and confusion.”

Donalek continues, “Turning big and complex data into practical insights requires new ways to visualize it. Teams interacting with 3D visualizations while working in the same virtual space will naturally and intuitively discover more valuable insights. Thus, the analytics tools of the future will be 3D and collaborative by default, to help teams gain a deeper level of understanding of the stories told by the raw data.”

The emergence of ARKit for iOS and ARCore for Android has created a market of AR-capable smartphones that Digi-Capital forecasts will reach 900 million users by the end of 2018 and 3 billion users by 2021. As the addressable market for mobile AR grows, large tech companies and startups will launch consumer and enterprise AR applications. This will spark numerous opportunities for “selling shovels during the gold rush”, in the form of SaaS applications for 3D AR analytics.

Saro Nikraz is the CEO and Founder of Metasights, an analytics platform for mobile AR. He expands on the promise of this space, “In the same way that existing analytics tools had to adapt to the rise of iOS and Android, the next generation of analytics will have to evolve in line with the rise of AR. The major differentiator in the age of AR, however, is that the user interface becomes the real-life space captured by the camera in which 3D assets will be placed and manipulated.” 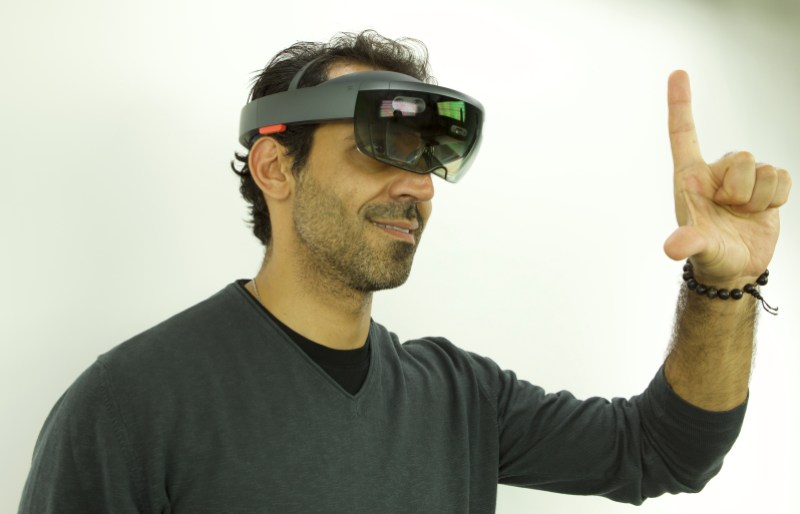 Nikraz continues, “This shift to 3D user interfaces requires a focus on new kinds of data. How far is your user from the AR objects being seen through the phone? Are they walking around, away from, or toward the objects? At what speed? Where are users positioned in the space when they begin interacting with the objects? This data will be critical to understand why users do the things they do in 3D space and time. At Metasights, we are building a next generation analytics platform that will help companies draw actionable insights from mobile AR experiences.”

Survival of the nimblest

Since 3D AR interfaces are the new frontier of analytics, incumbent 2D analytics companies will have to evolve or become irrelevant at the hands of startups entering this space, who will have the advantages of speed, adaptability, and (ideally) founding teams who intuitively understand 3D tools and interaction design.

Alexander Haque is the CEO of Retinad, an analytics platform for 360 VR content. He provides advice on how AR/VR startups should adapt to the future, “the AR/VR industry is highly fragmented, although the foreseeable growth will be primarily in mobile. Thus, it’s crucial to build solutions that are cross-platform and adaptable. Stay focused on tracking the data that matters in an immersive 3D experience. Get a clear understanding of what drives user behavior and build a product strategy around this. Finally, be nimble and plan for the inevitable rise of the next big thing – mixed reality smart glasses.”