GamesBeat: Did you get some benefit from Playtika’s history, where Israel was a center for online gambling, and then it became a center for social casino games and marketing technology? You have all of that concentrated in Israel.

Niyogi: Absolutely. There’s a very close connection, although we’re over here. A lot of trips are made. A lot of intelligence and operational secrets are traded. Tactics and strategies are shared. In that way we’ve benefited. It’s not only technology.

We’re ideally located between hubs of development and marketing know-how. San Francisco isn’t far. We get all the exposure and experience on how to retain people and monetize people, how to make a good mobile game. That exists within Playtika. We’ve had huge strategy sessions. We have very good data modeling, whether it’s platforms, technology, or ways of looking at data. All that’s coming from Israel.

We have a lot of good product innovation. This meta-game was successful in Slotomania, so can we translate it into the poker world? From a product perspective, from a data perspective, the know-how on how to retain and monetize people, all of that stuff. 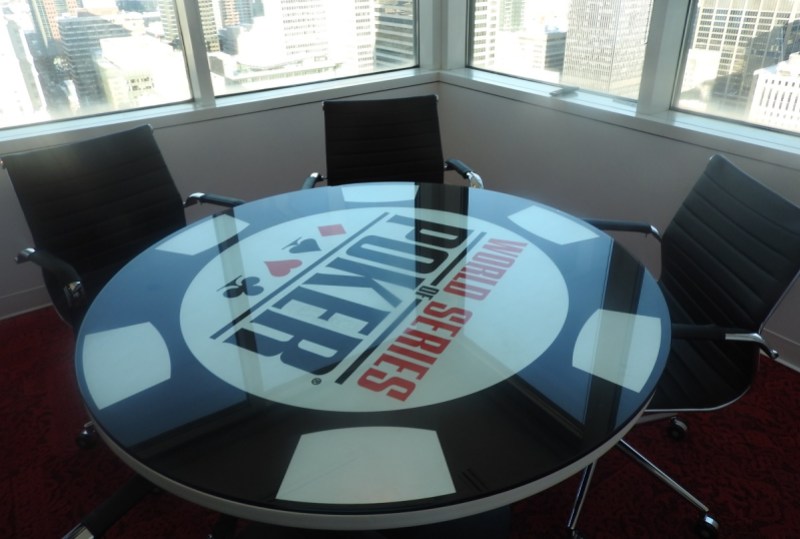 Above: Playtika bought World Series of Poker from Electronic Arts.

GamesBeat: Playtika in Montreal is kind of an oddball.

Ecker: I’ve seen a lot over the years I’ve been here in Montreal. It’s a great place for people to come and work. It’s evolved significantly. In the past, a few years ago, we had to convince employees to come here. They’d say, “Playtika who?” Now they’ve heard so many good things about us. Honestly, I think today Playtika is the best workplace in Montreal. You can see the offices, which I think are some of the nicest in Montreal. We have amazing people here. You can feel the energy in the office. It’s very positive. Everyone in the office feels they make an impact, regardless of where they are.

Part of the Israeli culture is we don’t have hierarchies. We have a very flat organization. Everyone here in the organization can come and talk to me as the GM. It’s strange for people who come from the Canadian culture, where there’s a lot of hierarchy. You talk to the boss, and then the boss of the boss of the boss, and then maybe you get to the GM. Here it’s very flat, very casual. Our retention rates are very high. We get a lot of people who just want to come and work for us, because they hear from their friends that it’s a good workplace.

GamesBeat: Social casino seems both mature and vibrant at the same time. You have newcomers like Huuuge, but you also have acquisitions going on like Aristocrat picking up Big Fish.

Ecker: It’s a natural thing for the market. It’s the hockey stick, right? When the market is very early there are a lot of small companies. When it starts to mature some of those companies become bigger. Then it becomes very mature and they buy the remaining smaller companies and shake things out. Eventually it’s a big player’s market.

If you look at social casino, five companies dominate more than 50 percent of the market. We have more than a quarter, just Playtika. In order to succeed you need to be big. You’ve probably heard this many times, but I think we have the right DNA, the right culture to succeed in social casino, and also in other games.

GamesBeat: Zynga’s boss Frank Gibeau might not be people that Zynga Poker is getting beaten by people who used to work for him.

Niyogi: [laughs] I know a couple of people at Zynga. They’ve talked about us as the one they let go. But at the time there was a different strategy. You had Scrabble, World Series of Poker, Yahtzee, and a couple of other games run out of that Montreal studio. They were streamlining. Things like that happen.

The flash in the pan growth — I don’t want to name names — these are all industry friends — but you know how some games appear for three weeks to three months and then they’re nowhere to be seen. But our story — I’ve worked closely on World Series of Poker for four or five years. It’s grown slow and steady, but steady.

To maintain steady growth you have to make smart decisions on the marketing side. Who are you bringing in the funnel? What are you paying? What’s your profitability? Don’t throw money away just to block other people from entering the space. Live operations is super critical. You have to engage people. It’s a cluttered world. We’re competing for time with many others, and if we don’t give them enough reason to come back, even if you bring in a quality player, they won’t come back. They have a lot of options.

You have to be smart about monetization. Something has to pay our bills. We don’t do any ads in our games. That’s a good experience for users. Users like that. But we have to grow as well. We have to balance that out. Maintaining sustainable growth is a recipe combining all these active elements. It gets harder, when you reach 45, 50, 26. We’ve been as high as 26 overall, and then slid down a little, but we’re constantly working and tweaking.

GamesBeat: How much of the work should be done in-house, versus using third-party user acquisition companies? They’ve gotten increasingly automated, more AI-driven, and much bigger.

Niyogi: It’s always a debate. There are no easy answers. But from my perspective, user acquisition has become about doing things more nimbly, getting the data metrics quicker, targeting properly. Targeting is a huge thing. Facebook and all those guys have given a lot. All of this requires creative resources. You need videos and other creative. Not every company, especially smaller companies, has the resources. It’s better to go and pay a certain percent of your budget to an agency, because the agency has expertise from working with other people.

But when you grow — this has been our strategy. I was using agencies four years ago when I was a one-man team. We brought in experts and hired experts to do things like Facebook campaigns and Google campaigns. When your company grows, it makes a lot of sense to do it yourself. Every penny you’re saving can be reinvested in acquiring users as opposed to paying an agency, if you have the right resources. A lot of small to mid-sized companies can use agencies, but gain the expertise in-house and slowly try to go 50-50 inside-outside, or go higher. Data is the most important thing we own. It’s good to keep that inside. 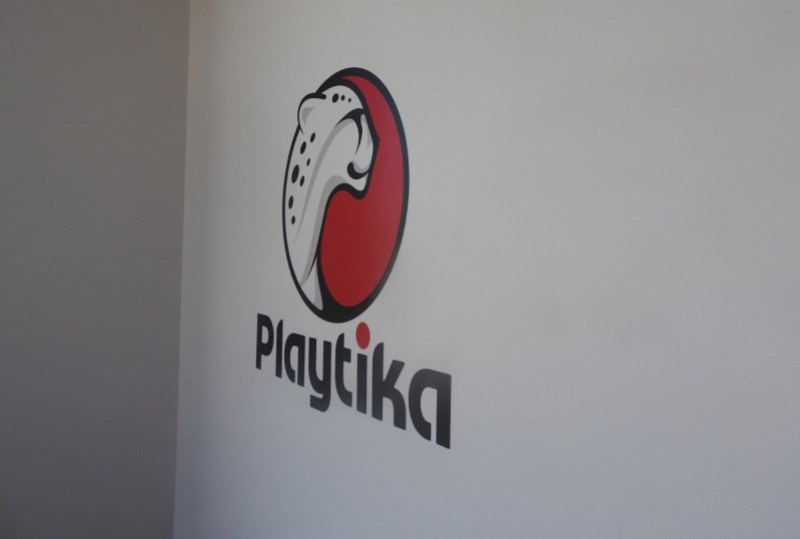 GamesBeat: When you have a team around this size, a top 50 game, are you most likely going to have an internal user acquisition team?

Niyogi: Yeah, an internal team. Our team just focuses on World Series of Poker. Again, people might defer, but I believe you need it. Even managing the networks, AppColony and all these other guys — there has to be the Facebook guy, the expert in managing Facebook campaigns, and the Google guy. You have to be on top of all these channels.

There are a lot of benefits, but you have to treat agencies like partners. The strategies you develop, they have to be good executors of those strategies. But if you can replace someone with a team internally, there’s nothing like it. Nothing gets outside. Tomorrow you might not work with that agency, but your competition does, and all the strategies are transferred or compromised.

Nothing against agencies — I love working with them — but creative is an excellent example. We don’t make all our videos internally. We can hire someone to make fancy videos for the app stores or UA. It’s a mix.

GamesBeat: Where do you get your best users from? Is it surprising in any way, where you find poker players?

Niyogi: Even the usuals, like Facebook, you don’t necessarily know what will work, when it will work. There are many competencies to it. Of course there’s where to find them, where to find high quality players. Facebook stands out for any industry, any genre, because they have advanced in their targeting mechanism. It’s not just about bidding high and having the best creative. The targeting component — instead of spending your money targeting a mass audience, the changes of higher conversion are better. That’s where Facebook has done well, and why it’s very relevant for all players.

They also continually innovate with products like app event optimization. I don’t know if you’ve heard about that. They can find people with a certain set of behaviors, a higher propensity to purchase, and marry those things. But as a general rule, we know our demographics, the better retainers and monetizers, and we try to target those demographics or behaviors. The networks also help.

It’s a matter of constant experimentation. We have to be on top of it. We can’t just put in $10,000 and forget about it. In the early days you’d look at it every two or three days. It was easier. Now, when you’re fighting the cost battle and get the most relevant users, you have to be looking at it every two or three hours. All of these platforms and tech and AI are only going to help the human managers find the right people at a decent price.

That’s the struggle on the UA side. But again, you’re making those data-driven decisions, using technology, using your BI team—there are BI people that help us analyze users and sources. There is no guaranteed source. One thing we know is that people who play other social casino games are usually good for us. We know some things like that. But there are surprises all the time.

GamesBeat: So people do come from the other games into poker?

Niyogi: Yeah. Like I say to my team, nothing should be left to intuition. We have enough data that we can make guided decisions. In the mobile world that’s a huge advantage over the Madison Avenue days, the billboard days.

GamesBeat: What do you think about this broader feeling, that monetization and user acquisition people aren’t really welcomed by game developers?

Niyogi: True, true. Absolutely. The gap was even wider in the core gaming space. I would think the mobile world, the Facebook world, have brought those factions a bit closer. Many people have spoken on this and there’s a constant discussion. What you think is an amazing game, a game you spent years making — if it’s not worth anything, it’s going to die. Your great work won’t be adopted without enough marketing.

I’m not just talking about dollars. You do smart marketing. You do influencers. You do many things these days to reach out to people. PR is part of it. But I believe strongly in performance marketing. Even if you just have $10,000 or $1,000, put it into something you can measure, instead of just putting an ad on TV. You have ways to measure that, but not as directly as you do with Facebook or Google ads.