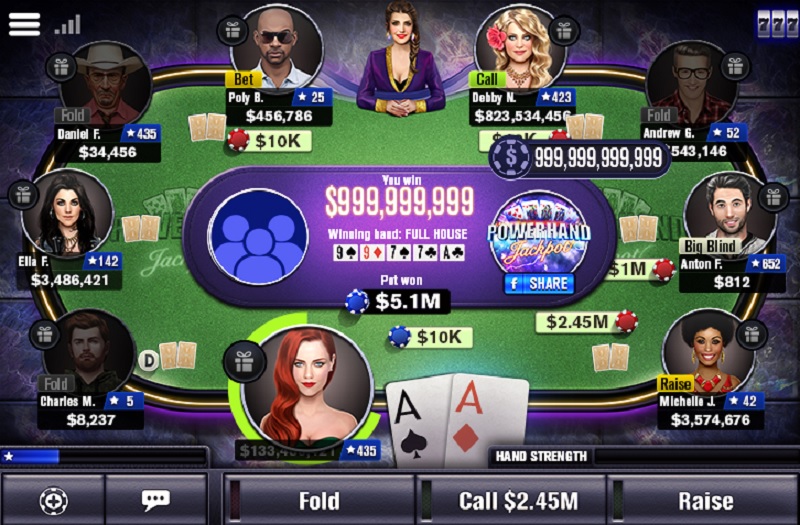 Above: Playtika’s World Series of Poker.

Niyogi: No, absolutely. There are 2 million apps in the app stores. There’s not so much clutter in the console space. You have a lot of PR and other engines at work.

Another reason UA and monetization people aren’t such good friends with developers — every time we ask them to create an SDK that would bring us better users or track better users or monetize some of these users — they’re focused on making a great game. It’s an important discussion. But what Playtika also does differently is it’s very transparent. Sharing everything, from data to revenues, is done in a very clear fashion so people understand.

If the developers have skin in the game — that’s what’s changing with many startups, right? Stakes and stocks and whatnot. Everyone benefits from a good acquisition team or monetization team. That’s been lacking in many of these amazing game developers. All of the successful games in the top 100 today — some of them are better games. It’s a subjective thing. What you consider a better game, I might not have much fun with it. But they’re all excellent games, and there are many other excellent games in the 100-500 space. What takes a game from 250 or 300 into the top 50 is making those smart marketing decisions and putting out content that’s relevant.

There’s always this argument. “I don’t think this event should be pushed out now. We don’t like it from a product development standpoint. It’s not necessary.” But now you can showcase the data. The event launched from the 13th to the 16th and this is what it did for the game that benefits you. These are the KPIs. Playtika has done that very well. Everyone has skin in the game.

GamesBeat: As far as predicting where some of this is going, where user acquisition is going, is this working fine? Does AI have a bigger impact in the future?

Niyogi: We’ve discussed this a lot, myself and my UA peers from different companies. I believe AI is going to help the current UA manager. Cost is going in only one direction. Our hands are tied, especially with mature games. More people know about your game, so it’s harder to find relevant people. A lot of it falls into analyzing the data and predicting where to find the high-value players.

The predictive modeling part is where AI and deep learning can help. The propensity to pay — how can you find that based on the early behavior of an individual? How can you map out their propensity to play more or pay more? That’s the realm of deep learning and AI. That’s the right direction. The people who are using it smartly — some folks are developing it in-house. The top 15 or 20 that you see on the overall, probably everyone is either working with a third party or developing internally, scoring users and trying to predict where the next high-quality user is. It’ll be very important.

Above: Playtika’s World Series of Poker

Niyogi: Right, it’s not super serious. No one is losing their shirt. The majority of people aren’t paying at all, more than 90 percent. They play for free, and for years, in all of our games. We’re not even monetizing them with ads. They’re completely free. But certainly there’s a certain percentage that come to our game and play a lot. I would say the whole free-to-play, freemium mobile gaming business is drawn up like that.

GamesBeat: Do you have any wisdom about how to deal with whales or how to treat whales in a game?

Niyogi: Well, first of all I don’t like to call them “whales.” [laughs] Of course, high-quality players have to be treated — first you have to identify how to find them. There’s no secret recipe. Everyone is trying to do that. That’s why we all need to analyze and monitor constantly, to use predictive analysis of where our high-quality users come from. But as I said, not everyone is a payer. Everyone who plays contributes to the game.

We want people to come and play our game. Make the product that will make people come and play. Then the mechanisms of where they sit, which tier they fall in, are secondary. It’s important, but the primary fact is we have to make a game that people love and come back to. Not just love for one day, for a few days, but for months. Then, once they come in, you have to treat everyone well.

GamesBeat: Is it like a real-world casino, where if you spend a lot of money, if you’re a high roller, you end up with VIP privileges?

Niyogi: I don’t think there’s anything like that. You’d have to play our game to understand. You have to treat your players right. That’s the core of everything. We have an extensive customer service team, which isn’t just taking questions from VIPs and ignoring the guys who aren’t paying. As I said, we want people to come in. We want the user base to grow. Any game that’s dependent on just a handful of whales, or whatever you call them, is not a good game in our terminology. It’s not a sustainable model. 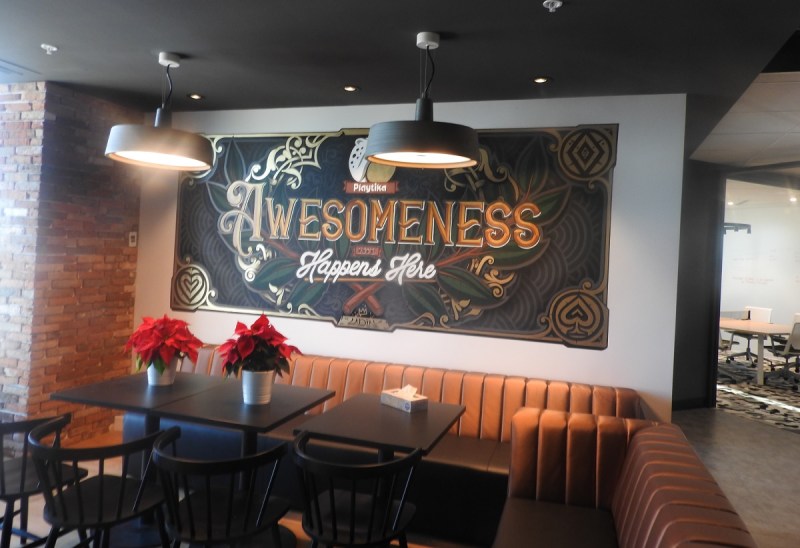 Above: Playtika’s office in Montreal.

GamesBeat: How has poker’s visibility helped over the years? It’s gone through cycles, I think, the popularity of the game.

Niyogi: It certainly has gone through cycles, some more favorable than others. Right now it’s in a good place. Poker is still probably — because it has that skill element, that element of when to do what, some math involved, a lot of skill required to win — it has some friction for super-mass adoption. I don’t think there will ever be 5 billion people play. More people play slots. But we’re trying to expand and spread the word.

Before, in the mobile space, Zynga Poker was the only player. Now World Series of Poker and Zynga Poker are equally important players. That helped move the poker industry. I’m 100 percent sure we converted a lot of non-poker players into poker players. We’re not just stealing from each other. Also, many players play more than one game.

GamesBeat: And you have the benefit of the TV brand.

Niyogi: Right, we have the benefit of the tournament. That’s been going well. It’s broadcast on ESPN in North America, and it’s spreading into Europe. In Europe PokerStars is a huge brand. That helps boost the poker brand overall. We’re in a good cycle now. I think we’ve contributed  — not just the World Series of Poker brand on TV, but our game. We’ve converted a lot of people to poker. But absolutely, there is seasonality tied to the tournaments. During the main event, for example, a lot of people are looking for poker. I’m sure Zynga Poker and our game both capitalize on that.

Asia is always a tougher market to crack, because they have their own poker and other games. China, Japan, and Korea have different regulations in place. But that’s the next frontier to conquer.