Call of Duty: WWIIs‘s return to the “boots on the ground” combat of the Second World War has proven to be very popular, and now Activision and developer Sledgehammer Games are revealing the first gameplay trailer and additional details of The Resistance as the first downloadable content (DLC) for 2017’s top-selling game.

The DLC adds three new maps and content that highlight the resistance to Nazi Germany. The French Resistance was part of the single-player campaign in one mission. Now you’ll have new fictional and historical experiences with the resistance on a variety of fronts and war regions in the new DLC. It makes the point that the real war had so many points of resistance to the Nazis beyond the well-known French effort.

It will have three new maps, including Valkyrie, which depicts The Wolf’s Lair, Adolf Hitler’s top-secret headquarters site during the war. The map has bunkers and the site where a group of German officers headed by Colonel Claus von Stauffenberg tried to assassinate Hitler in 1944. Stauffenberg, the subject of the Tom Cruise film Valkyrie, set off a bomb and only wounded Hitler. The map in Poland has a lot of sniper lanes and plenty of bunker locations for run-‘n’-gun fighting. (You don’t actually get to kill Hitler). 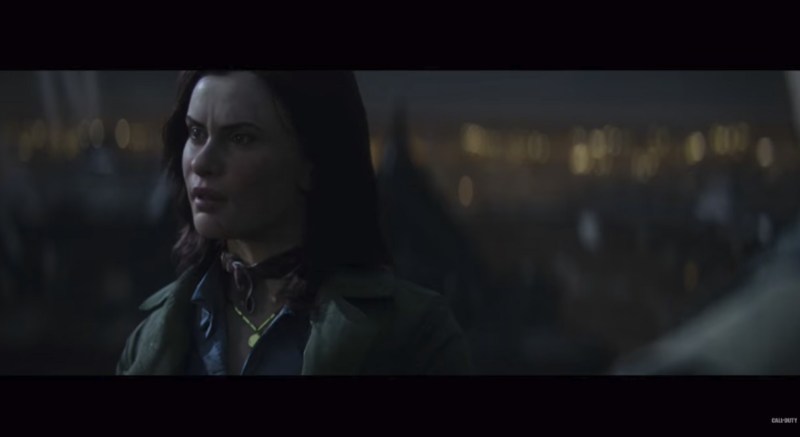 Above: Resistance leader Rousseau appeared in the Call of Duty: WWII single-player campaign.

The second map is Anthropoid, an urban map in Prague in the former Czechoslovakia with a lot of height variation as well as tight interior locations that support a variety of play styles.

The third map is Occupation, set in Paris. You can see the Eiffel Tower in the distance, with long sight lines for snipers or light machine guns (which is my favorite kind of weapon. I’m at level 47 out of 55 in multiplayer, and my kill-death ratio is a whopping 0.72). You can fight both indoors and outdoors among the multi-level buildings. 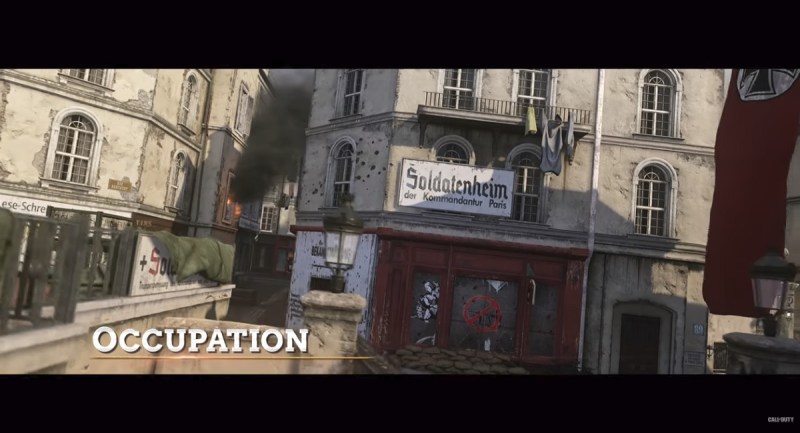 Above: Occupation map in Call of Duty: WWII — The Resistance DLC.

There is also a new War Mode called Operation Intercept, where your job is to rescue French Resistance fighters who have been taken prisoner. After that, you capture some radio equipment and then lead an attack on the Nazis. You play as the Germans or the French Forces of the Interior (FFI).

War Mode has turned out to be one of my favorite multiplayer modes because it tells a story in multiple stages, where you have to take certain objectives and make heroic efforts to beat the enemy back. The game with three War Mode operations, and now the Intercept one looks like it will be set in a city location where WWII is really at its best.

The Darkest Shore is a new chapter of Nazi Zombies, where you have to track a German scientist who is trying to bring Nazi soldiers back from the dead as zombies as a last-ditch effort to save the Third Reich. It’s set on a foggy island north of Germany, and it has a smart zombie boss creature that looks plenty scary. To help with that, you can now use an experimental “buzz saw” gun to chop up zombies. It’s creepy because the zombies come out of the fog.

The Resistance will be available on January 30 on the PlayStation 4 and other platforms later.