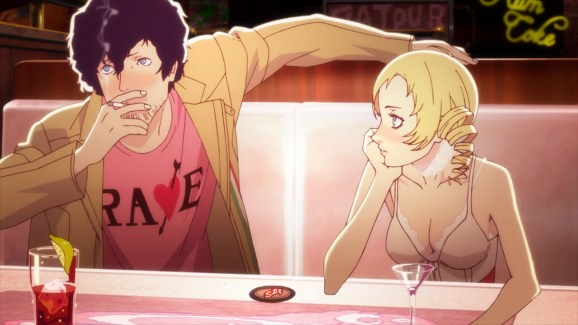 Atlus announced Catherine: Full Body today, a new version if its puzzle game that is coming out for PlayStation 4 and Vita. So far the studio has only announced the game for Japan, but it’s typical for Atlus to bring all of its games to the West these days.

Catherine came out for PlayStation 3 and Xbox 360 in 2011. While most fans know Atlus for role-playing games like Persona 5, Catherine focused on block-based puzzles. But it was still a story-driven experience, focusing on the guilt of man who cheats on his girlfriend, Katherine, with an attractive stranger named Catherine. The game was a big hit for Atlus, becoming the studio’s biggest U.S. launch week ever at the time. By the end of 2011, it sold over 500,000 copies worldwide.

Full Body will introduce a third Catherine and add new scenes to the game. It will also include updated visuals.

While the PlayStation 4 release isn’t too surprising, it is interesting to see Catherine coming to the Vita. Sony’s portable system came out in Japan in 2011 and the U.S. in 2012, but its support has been dying. It’s rare to anyone announce a new game for the platform.

Atlus isn’t as port-crazy a company as other JRPG studios, like Square Enix, but it does sometimes create enhanced versions of older games for new systems. Earlier this year, it released Shin Megami Tensei: Strange Journey Redux for the 3DS.