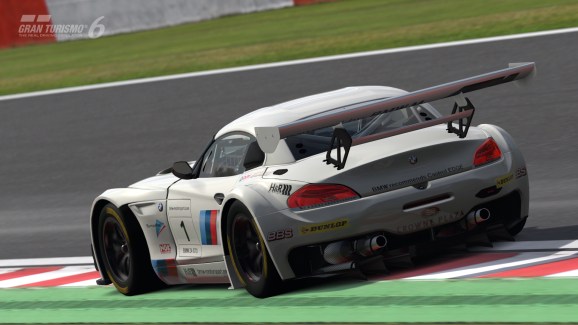 Gran Turismo is one of many game series' that have gotten into a copyright controversy.

In a move that will likely benefit game developers, the U.S. Court of Appeals for the Ninth Circuit explicitly held that First Amendment protection extends to use of third-party trademarks in the commercial promotion of an artistic work. Although promotional activities fall outside the title or body of the artistic work, the court held in Twentieth Century Fox Television v. Empire Distribution that “it only takes a minor logical extension” to hold that First Amendment protection extends to the advertisement of those protected works. Whether developers use a third party’s trademark in the game’s depiction of the real world or as part of the game itself, developers can find protection under the First Amendment to commercially promote their game while displaying the third-party trademarks.

This case reaffirms the Ninth Circuit’s recent trend of recognizing the evolution toward greater First Amendment protection for expressive works. This shift has been particularly beneficial for game developers where courts in the Ninth Circuit have found First Amendment protection for games that use third party trademarks, such as in Grand Theft Auto’s depiction of the real Los Angeles strip club “Play Pen,” Gran Turismo 5 and Gran Turismo 6’s use of the VIRAG trademark in its realistic version of the Monza track, and Call of Duty: Ghosts’ use of a military supply company’s Angry Monkey patch. Now, in Empire, the court has further extended this First Amendment protection to include the commercial promotion of the artistic work using a third party’s trademark. This holding may be especially beneficial for the gaming industry’s trend of making games look more realistic than ever by including in-game marketing and authentic advertisements, such as NBA 2K’s plan to fill the virtual arenas and player’s jerseys with real third party logos and advertisements.

The Empire (show) strikes back

The Ninth Circuit’s November 16 ruling in the Empire case expanded the coverage of the Rogers defense in Rogers v. Grimaldi (2nd Cir. 1989) to cover promotional activities. Trademark infringement claims are generally analyzed under the likelihood-of-confusion test. However, under the Rogers defense, the First Amendment protects artistic works that use another’s trademark in the title or body of the work if the use of the trademark is: (a) artistically relevant to the expressive work; and (b) the use of the trademark is not explicitly misleading. In Empire, while some of Fox’s uses of the mark fell outside the title and body of the work, the court held that both prongs of the Rogers test were satisfied and thus Fox’s uses were protected under the First Amendment.

Empire Distribution had argued that the Rogers defense did not apply to Fox’s uses of the trademark that fell outside the title or body of the work, such as their promotional activities that included appearances by cast members in other media, radio play, online advertising, live events and the sale or licensing of consumer goods. The court rejected Fox’s argument and held that, “Although it is true that these promotional efforts technically fall outside the title or body of an expressive work, it requires only a minor logical extension of the reasoning in Rogers to hold that works protected under its test may be advertised and marketed by name, and we so hold.” Holding otherwise, the court stated, would destabilize the balance of First Amendment interests if the titles of expressive works were protected but could not be used to promote those works. In reaching this conclusion, the court emphasized that Fox’s promotional activities were auxiliary to the television show.

Next, Empire Distribution argued that the Roger’s test requires that the junior work refer to the senior work and thus, the Empire show fails the test because it does not refer to Empire Distribution. The court squarely rejected the argument. The Rogers test only requires that the defendant’s use of the trademark bear some artistic relevance to the underlying work. Reference to another work, the court stated, may be a component of artistic relevance, but it is not required. Here, Fox’s use of “Empire” had the necessary artistic relevance to the underlying work since “the show’s setting is in New York, the Empire State, and its subject matter is a music and entertainment conglomerate ‘Empire Enterprises,’ which is itself a figurative empire.”

Where the use of a third party’s trademark has artistic relevance to the underlying work and the use is not explicitly misleading, the Rogers defense can extend to the promotional activities of that artistic work. So what does this mean for the gaming industry? For game developers, especially those entering the new arenas of AR or VR, this development in the law raises new benefits and considerations.

If the Rogers defense applies, not only can game developers use a third party’s trademarks without a license, but now developers may also advertise and sell other commercial products using that mark as long as it is auxiliary to the game and not explicitly misleading. This rule is particularly beneficial to developers in the AR-gaming arena since clips of the AR world often include third-party marks that exist in the real world underneath the AR.

Still, developers should be cautious about using another’s trademark. In CI Games v. Destination Films, No. 2:16-cv-05719 (C.D. Cal.), the plaintiff alleged trademark infringement based on confusion between its movie, Sniper: Ghost Shooter, and the defendant’s game, Sniper: Ghost Warrior. There, the court found that if a plaintiff could show that a defendant intentionally named its game something similar to the plaintiff’s movie, then this intent would fail the “not explicitly misleading” prong of the Roger’s defense. The court also held that the Rogers defense is better evaluated at the summary judgment stage. In this situation, defendants could be forced to wait until summary judgment—and incur significant costs in discovery and motion practice—before knowing if the defense is available.​​​​​​​​​​​​​

Eric Ball is an attorney at Fenwick & West, focusing his practice on trademark and gaming litigation, who has successfully defended gaming and social media companies — both startups and established companies — in trademark disputes.

Irene Lopez is an attorney at Fenwick & West and focuses her practice on a broad variety of litigation matters to support technology, life sciences and gaming clients. Irene regularly loses to her daughter when playing Mario Kart, and she usually blames the controller.