Final Fantasy is one of the few names in gaming that just makes me feel fuzzy when I hear it. It’s the greatest Japanese role-playing franchise in the world (maybe Dragon Quest competes with it in Japan, but that series has never had the same impact in the U.S.). And as of December 18, Final Fantasy is 30 years old.

Final Fantasy is a huge series. It has spawned 15 main installments and many spinoffs, including direct sequels like Final Fantasy X-2, fighting games like Dissidia, and mobile efforts like Record Keeper. The franchise racked up sales of more than 120 million games worldwide.

The series does not have the advantages of many other classics, like Mario, Mega Man, or Sonic. Every main Final Fantasy game features a new cast of characters set in a different world, with only mechanics, themes, and other random elements (like most of them having some guy named Cid) tying it all together. Final Fantasy can’t bank on the starpower of any single hero or villain.

So what accounts for its longevity? 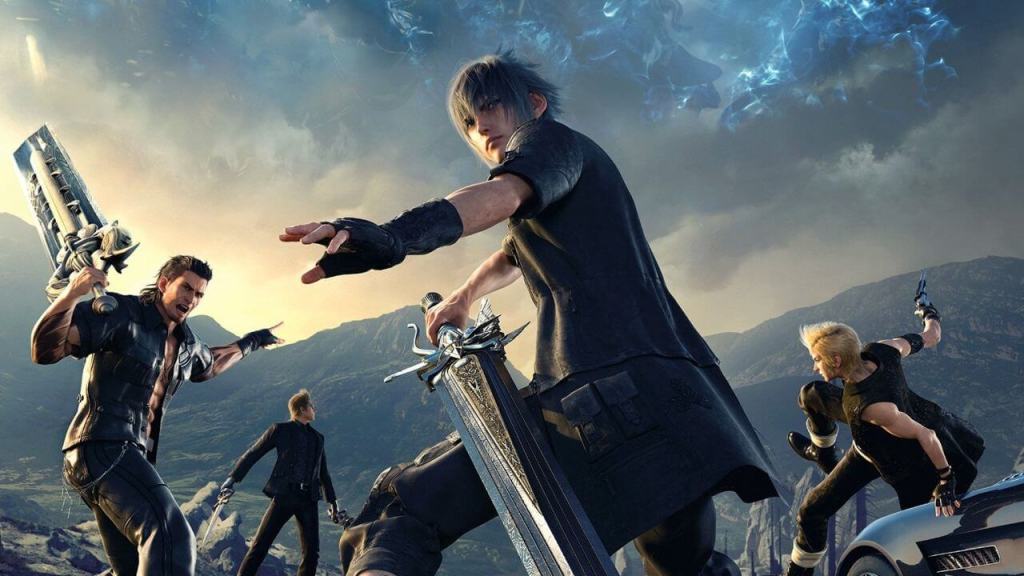 Above: Final Fantasy XV is the latest game in the series.

But it’s that constant change that helps make Final Fantasy so interesting. You can argue over which entry is the best or worst, but they can all stand on their own. This flexibility has enabled Final Fantasy to evolve and reinvent itself more often and with less drama than a Zelda or Mario.

With this 30th anniversary, I’ve spent a lot of time thinking about what makes Final Fantasy so special. Other role-playing games have better battle mechanics and richer stories. But Final Fantasy excels at spectacle. Even the original game for the Nintendo Entertainment System feels cinematic as the theme music flares over a single screen of heroes gazing at the horizon.

As a kid, I first discovered the series with Final Fantasy III for the Super Nintendo (a game we know now as Final Fantasy VI, as some of the early games didn’t hit the U.S.). I grew up with side-scrollers and platformers like Mega Man and Mario. Final Fantasy VI was the first time a game engrossed me because of its characters and stories. It was also the first time I discovered what I would call a “setpiece” in a video game: the opera scene. It stood out not because of any mechanics, but because it felt unique and cinematic with its dramatic music and storytelling.

That top-tier presentation helped make Final Fantasy VII a phenomenon on the PlayStation in 1997. These days, it feels like any Japanese RPG can only be so mainstream. But back then, everyone I knew who played games was playing Final Fantasy VII. Its use of computer-generated cutscenes with prerendered backgrounds created an experience that felt revolutionary.

That tradition of spectacle continues in the latest game, Final Fantasy XV. Its open world has giant monsters and landscapes that give everything an incredible sense of scale. I was in awe during the elaborate summon sequences, which have you summon a gargantuan god to give you aid in the middle of a battle.

Final Fantasy has been many things. It’s a turn-based role playing, an action RPG, a massively multiplayer online role-playing game, and more.  Final Fantasy can be whatever it wants to be as long as it can continue to capture that sense of magic and spectacle that has made the series so special during its first 30 years.