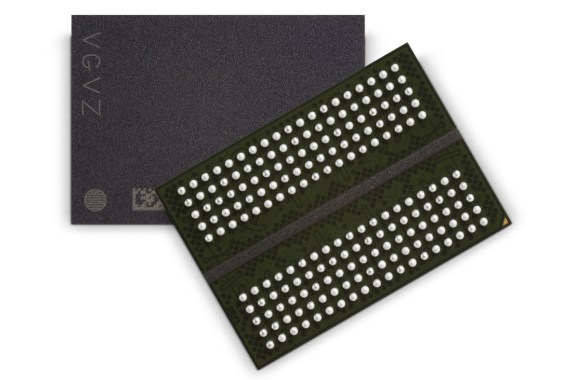 Unless you’re a hardcore PC gaming enthusiast, chances are your everyday conversation doesn’t involve graphics memory chips, such as the upcoming GDDR6. But the folks at Micron are gearing up to transition from the older generation of GDDR5 graphics memory, which is currently in production, to GDDR6, which is coming in the first half of 2018.

That’s going to be important to people who are crazy about graphics quality. It will have applications in gaming, virtual reality, cryptocurrency mining, and artificial intelligence, said Kristopher Kido, the director of Micron’s global graphics memory business, in an interview with GamesBeat.

The full acronym GDDR6 SGRAM stands for Double Data Rate Type Six Synchronous Graphics Random Access Memory, which is why people refer to it as GDDR6. Providing increased bandwidth of GDDR5, Micron launched the GDDR5X in 2016, and it is in mass production on the chip series now. These discrete memory chips are being used in things like Nvidia’s fastest graphics card and workstation-class computers.

Above: Virtual reality demands a lot of graphics horsepower.

“The Nvidia GeForce 1080 Ti uses the G5X today at 11 gigabits per second with 11 chips,” Kido said. “That’s best in class with the fastest memory in the world today. But it has to move forward to keep up with professional graphics workloads and 4K, 5K, and 8K displays in the future. Gaming needs memory bandwidth.”

Boise, Idaho-based Micron manufactures the chips in its multibillion-dollar factories with sub-20-nanometer circuitry, which means that the distance between the circuits is less than 20 nanometers (which is really just a very small number of molecules). Those graphics memory chips are embedded in graphics cards for computers, and they can transfer data in and out of the chips at a rate of 12 Gb/s, or 12 gigabits per pin per second.

The GDDR6 chips are coming in at 14-16 Gb/s performance, but the actual speed ratings on them will be set when the production chips come off the lines in the next six months, Kido said. Device qualification and design is complete at a factory in Munich, Germany,

“As GPUs crank out more bandwidth over time, the memory needs to keep up or it’s going to get stuck,” Kido said. “Our partners will decide how fast to run it. But it’s clear that performance has to keep increasing for deep learning, autonomous vehicles, and other workloads.”

As those chips improve, they also have to be made more efficiently and economically, without burning too much energy.

“We want memory to come up as something you think about first, and not last,” Kido said. “It may not be on the list of the most exciting things you’ve ever written about. But it’s an exciting time for memory, and a lot of things are coming in 2018.”