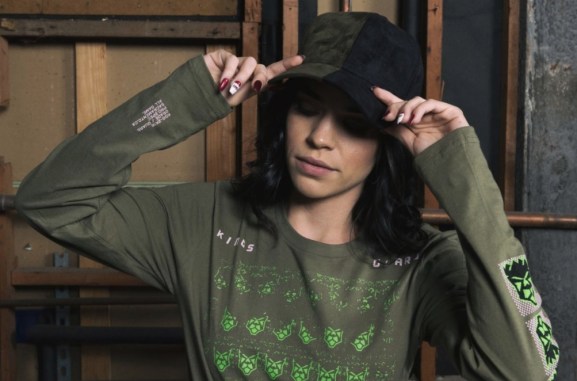 NBA 2K League team Kings Guard Gaming and All Good have teamed up on a merchandise deal.

The Sacramento Kings’ esports team in the NBA 2K League has partnered with lifestyle brand All Good to create the team’s merchandise. Kings Guard Gaming apparel will be on sale as part of a promotional and charitable effort to raise awareness for the Sacramento team.

Take-Two Interactive, maker of the NBA 2K basketball video game, and the NBA have teamed up to create the NBA 2K League esports league that starts in May 2018. 17 NBA teams are joining the league, as esports is expected to be a big business. Market researcher Newzoo estimates that esports could be a $2.4 billion business by 2020, and merchandising is one of the revenue streams that could help get it there.

Sacramento-based All Good will start selling limited edition apparel on Saturday at its Ice Blocks pop-up retail location, and then the team will launch an online store at KingsGuard.gg with more items in the future.

“In the inaugural season of the NBA 2K League, our goal is to reach new, diverse audiences that come from different backgrounds and lifestyles,” said Kings chief technology officer Ryan Montoya, in a statement. “All Good’s fresh take on casual apparel merges with the culture of basketball and the competitive nature of gaming. We’re thrilled to collaborate with a brand that represents Sacramento and looks to infuse style into esports.”

The clothing is designed to appeal to basketball fans, and it includes Kings Guard T-shirts, hats, hoodies, and other gear. 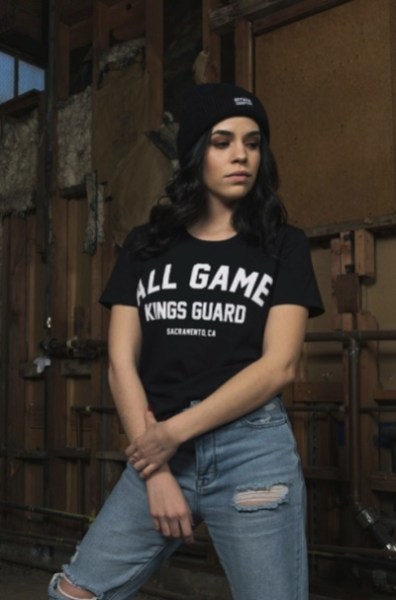 Above: All Good and Kings Guard Gaming will donate part of their proceeds to charity.

“Gaming is woven into our lifestyle and we love the idea behind Kings Guard,” said All Good founder Jason Maggio, in a statement. “To be able to collaborate with our hometown team, introduce a new level of style and flavor to esports – especially one rooted in basketball – is a welcome challenge and we’re looking forward to creating one-of-a-kind looks for fans and more.”

To reflect the mission and values of the Kings organization, a portion of the proceeds from the Kings Guard x All Good collaboration sold will be donated to Gamers Gift, a nonprofit created by two Sacramentans who use video games and other electronic media to alleviate some of the psychological stress caused by prolonged hospital or care facility stays.

The Sacramento Kings Foundation and All Good will match the donated proceeds from the sale to provide Gamers Gift with $7,500 to supply video game systems for hospitalized children that have activity restrictions, including pediatric patients at Kaiser Permanente’s Women and Children’s Center in Roseville, as well as virtual reality systems to provide once in a life experiences to disabled individual.

Kings Guard will enter play as a charter member of the NBA 2K League in May 2018. The first stage of qualifying for NBA 2K League begins in January, followed by an invitation-only tryout in February and the inaugural Draft in March.