All I Have is Time tells a sad tale that, if Threaks has its way, will stick with you like a heady Christoper Nolan film. But the indie developer isn’t making a dark game for the sake of darkness.

It’s part of Threaks’s larger initiative to elevate Germany’s gaming industry, to prove that games are a serious and viable art form. Design director Wolf Lang hopes that when All I Have is Time comes out in 2019, it will make people reconsider what German-made games are capable of.

“I think this might be a German thing, but a lot of entertainment after WWII needs a historical justification. We don’t have a good sense of humor in Germany. We have something called—how is it called? Kabarett? It’s like stand-up comedian culture, but explaining your jokes so people don’t misunderstand it. … That whole thinking inside German culture might be a reason why we’re not that good, not that well-known for entertainment,” said Lang.

“We’re more serious, more cultural with a lot of things. Also, it takes a lot of time for an entertainment medium, a fun medium like video games, to be taken seriously as an art form.”

The Hamburg-based studio has an eclectic portfolio. Its first hit, the musical platformer Beatbuddy, came out in 2013 on PC and eventually found its way to modern consoles and mobile devices. Since then, the studio released another game in the series (the spin-off Beatbuddy: On Tour) and Battle Planet (a top-down VR shooter exclusive to Google Daydream). It’s also working on a co-op action game called Retro Invasion.

Lang credits that diversity to their collaborative game design process. Instead of having a single person dictate the vision for a game, everyone in the studio contributes their ideas. It’s Lang’s job to choose a theme for the next game that can incorporate those contributions in some way, while also making sure that the production doesn’t become too bloated.

This approach partly came from participating in game jams, a design challenge where small teams try to make a game within a certain number of days.

“If we’re excited by a mechanic or an idea or a thought or a narrative, and the whole team is clicking and coming up with cool stuff, that’s normally a title we’re putting into our bank of, ‘Hey, let’s do it if an opportunity comes up,’” said Lang. 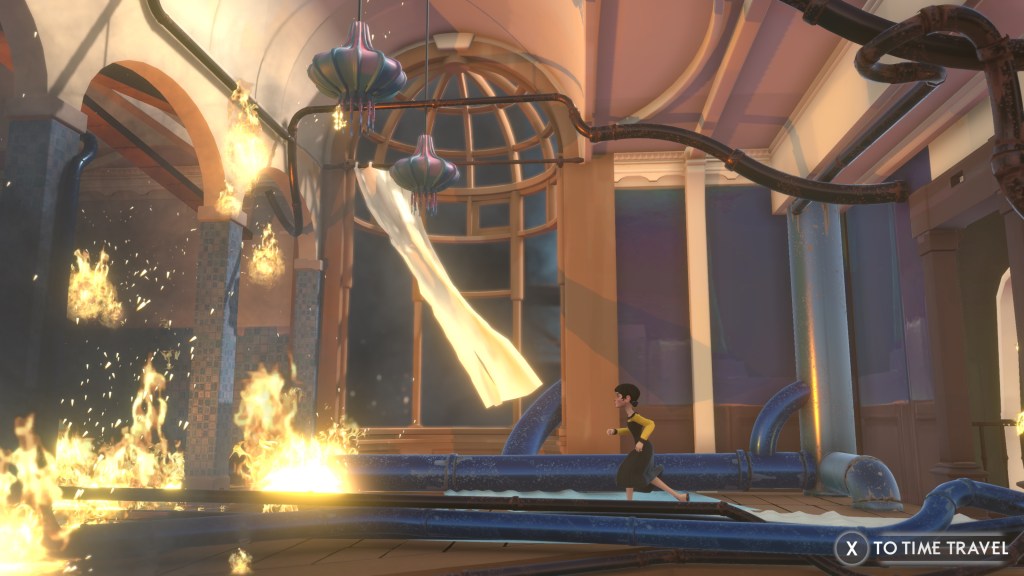 Above: An early look at All I Have is Time.

The idea for All I Have is Time came from that game jam-style philosophy. The team wondered what it’d be like to play the same character at three different phases in her life: as a little girl, an adult, and an old woman. The player has to use the unique abilities that come with each form to try and prevent the catastrophic death of their loved ones.

In terms of subject matter, All I Have is Time is a much more mature title compared to Threaks’ previous games.

“Our slogan for the company is ‘Games that need to be developed.’ That can be this crazy-ass VR game that we think has a cool mechanic, but that can also be a very relevant storytelling game about seeing how loss affects people over time and what can change,” said Lang.

But it’s not just about the games. Threaks is heavily involved in Germany’s growing community of independent developers, and even works alongside some of those studios in its almost 9,000 square-foot office space. The GAMES KONTOR hub, as Lang called it, used to be the home of a number of tech companies. When they left, Threaks took it over and started renting out rooms to other developers.

The studio also has people dedicated to helping organize local events, such as the Indie Arena booth at Gamescom (where developers can show off their games to the public) and the InnoGames Jam (working with both Intel and developer InnoGames). The 2016 InnoGames Jam had 180 participants from 27 different countries.

“With us running the hub, the incubator, and also the events and the games—we’re almost like an indie game agency. Whatever game-related crazy ideas you have, we might be able to do it,” said Lang.

“All the way from the conception phase to developing games to publishing games to organizing booths …It just came naturally over the last eight years. It feels really cool.” 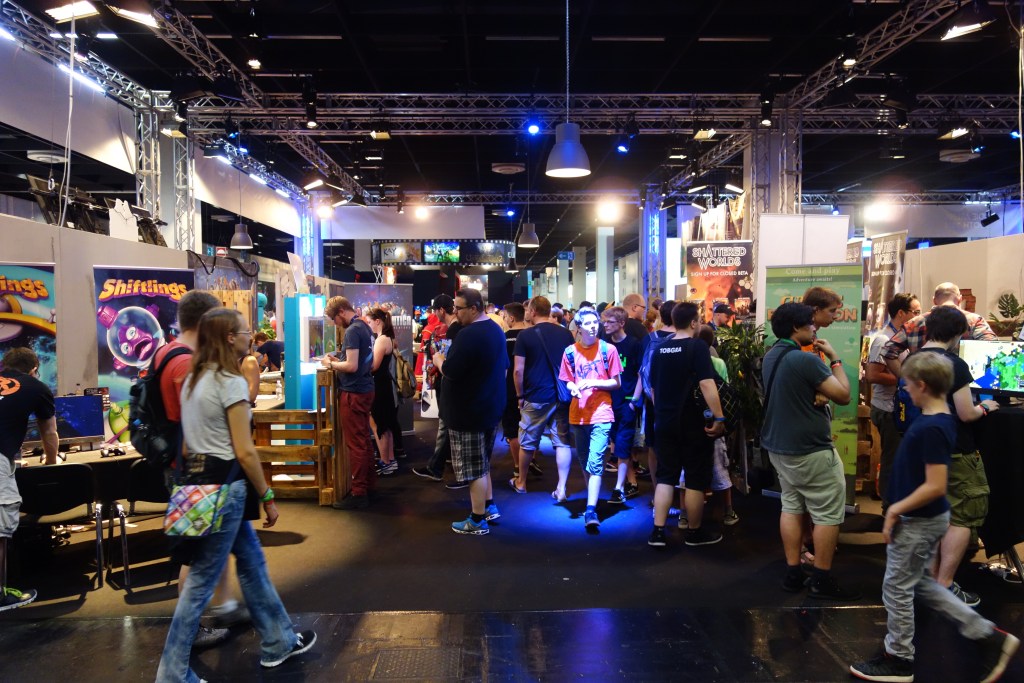 Above: The Indie Arena booth at Gamescom 2015.

For Threaks, the goal is to make the game dev community feel like a warm, inviting place — especially for newcomers. It’s something Lang wishes he and his college friends had when they founded the studio in 2009.

“Back then, the indie scene was nonexistent in Germany, and it was still shitty two years ago, because a lot of people felt a bit like, ‘Who are these newcomers? They haven’t even finished a game and they’re on Kotaku and VentureBeat!’ and this and that. They were like, ‘We have 300 to 400 people in our companies and nobody gives a shit about us article-wise.’ A lot of people were a bit offended by us being in the news and our games being featured worldwide,” Lang explained.

“Not mad at us personally, but at the whole indie scene. That was such a game-changer for a lot of people.”

Threaks saw that the traditional games industry fostered a culture where everyone was treated as a competitor, and most people only cared about success. And if their games weren’t doing well, no one would admit it. That lack of transparency drove Lang and his team away from the country for a while, spending more of their time at different gaming conventions around the world.

“We kind of fled from Germany because it wasn’t our spiritual home when it came to how we develop games and the people we wanted to be,” said Lang.

These days, the local gaming industry is healthy and diverse. Lang described the indie community as like having a “second family” where you can support each other through the good times and the bad. Instead of seeing their colleagues as competitors, they actively try to help each other out. 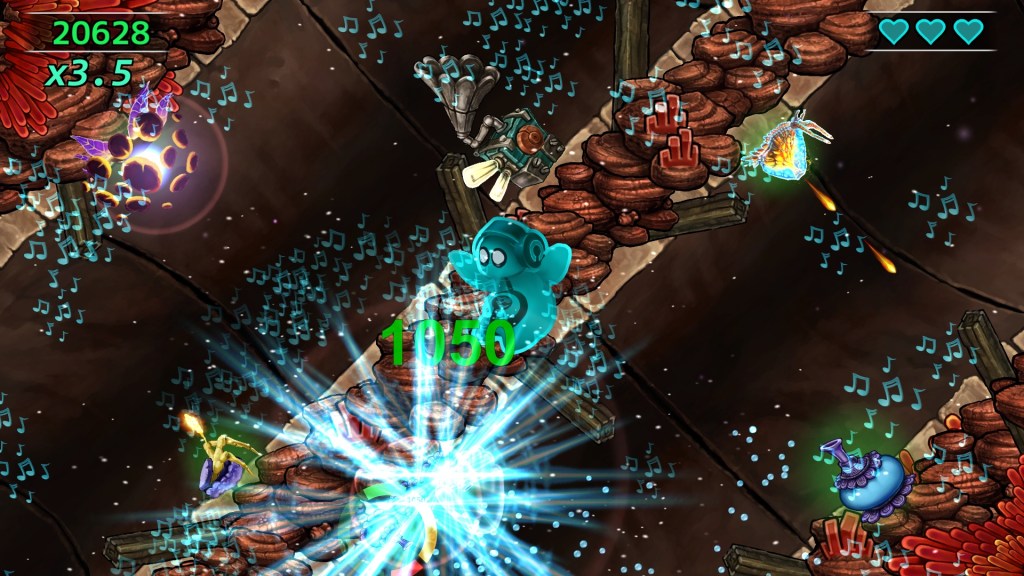 Above: Threaks released Beatbuddy: On Tour in 2015.

The hub that houses Threaks and seven other indie companies is a testament to how far the culture has come in the last few years. But Lang also realized that they still have a long way to go.

“Germany’s behind in everything because we’re so big and we’re very conservative. We have 84 million people. We’re the biggest country in Europe. … Germany is now where other countries were five years ago, which is cool,” said Lang. “But we still have a long road ahead of us, as far as the revenue that’s being earned with German games, or game companies from Germany. Only five percent of that revenue comes from games that have been developed in the country.”

“Everything is evolving. And I think it’s a lot of fun to be a developer in Germany at the moment,” he later added.